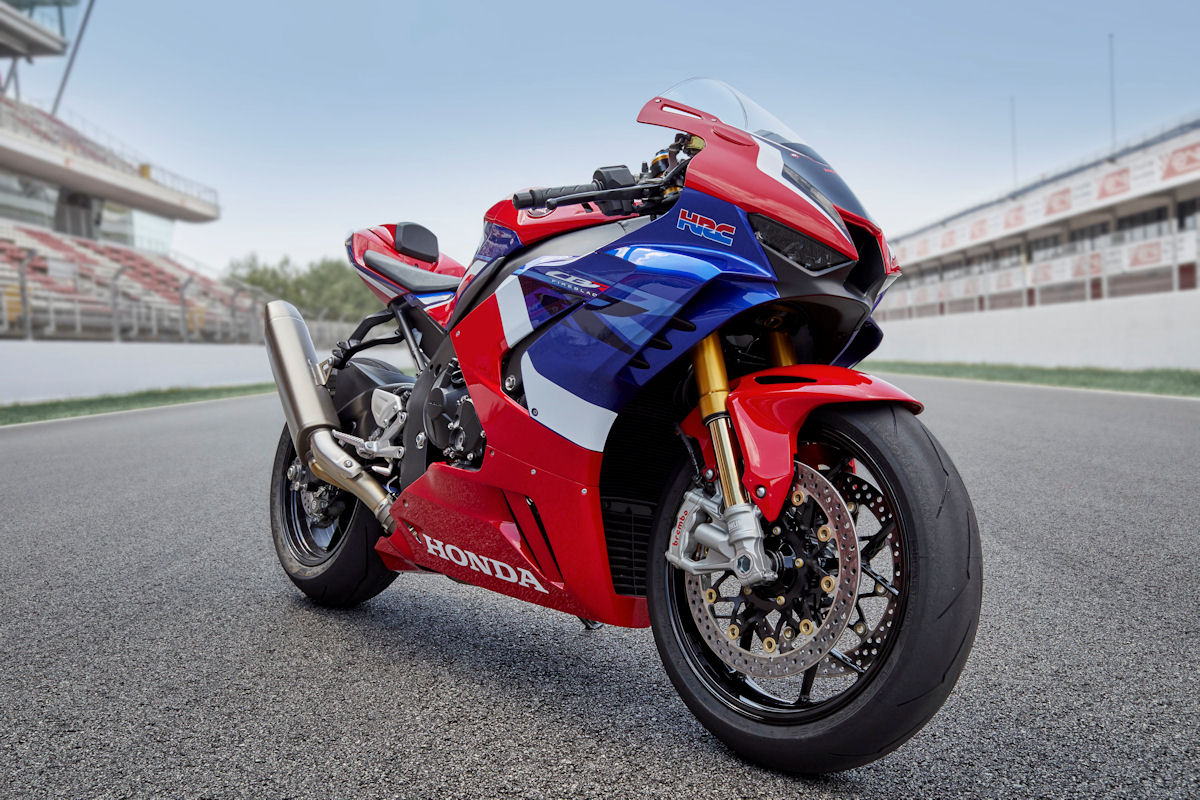 The top-performing member of the roadgoing Diablo family is now in its third generation, and its fitment on the latest incarnation of Honda’s supersport machine follows the selection of the second-generation tyre in 2014 for the previous Fireblade SP.

In developing the latest Diablo Supercorsa SP, Pirelli says it drew on technology from its racing experience and heritage as sole supplier of the Superbike World Championship since 2004. It adds that the street tyre is designed for bikers “who have a sporty street riding style but also love the track.” The tyre “provides racing performance typical of track-only products,” allowing riders to fit a product that “can be used in both arenas without compromise.”

The Diablo Supercorsa SP differs from the SC compound version in that the rear tyre has a bi-compound solution in order to provide increased mileage and more grip while leaning. EPT (Enhanced Patch Technology) has also made it possible to use 23 per cent additional soft compound in the shoulder area compared to its predecessor, with 33 per cent of the pattern extension on each side, guaranteeing better grip in mid to full lean. Finally, the polymers used for the SP compound helps achieve earlier warm-up and improved grip in all conditions.

Pirelli says the SP compound extends mileage compared with racing specific compounds and as it withstands variations in temperature for longer periods of time, it is better suited to on-road use, even on wet surfaces. The stiffness and friction coefficient of the compound have been studied to allow very high cornering precision.

The tread pattern elements are the same as those seen on the racing SC tyre and are repeated six times over the tyre’s surface. The result is that the ‘naked’ area of the shoulders is 24 per cent wider than that of the prior Diablo Supercorsa, increasing contact area and grip. The longitudinal grooves, which run from the central area to the shoulder, improve wear regularity and help evacuate water from the contact patch.

To accommodate the forces applied when leaning into curves at high speeds, Pirelli developed a dedicated tyre structure that provides greater resistance to deformation. The Diablo Supercorsa SP rear casing is thus made from a high module fibre that was patented by Pirelli and developed in WSBK. This features a considerably lower deformation ratio than the fibre normally used in street tyres, and the casing is therefore more rigid both at the centre and in the shoulder area. This provides greater resistance to stresses created by aggressive cornering or when accelerating early out of turns with the bike still in a lean.

Michelin amongst Fortune’s most admired companies