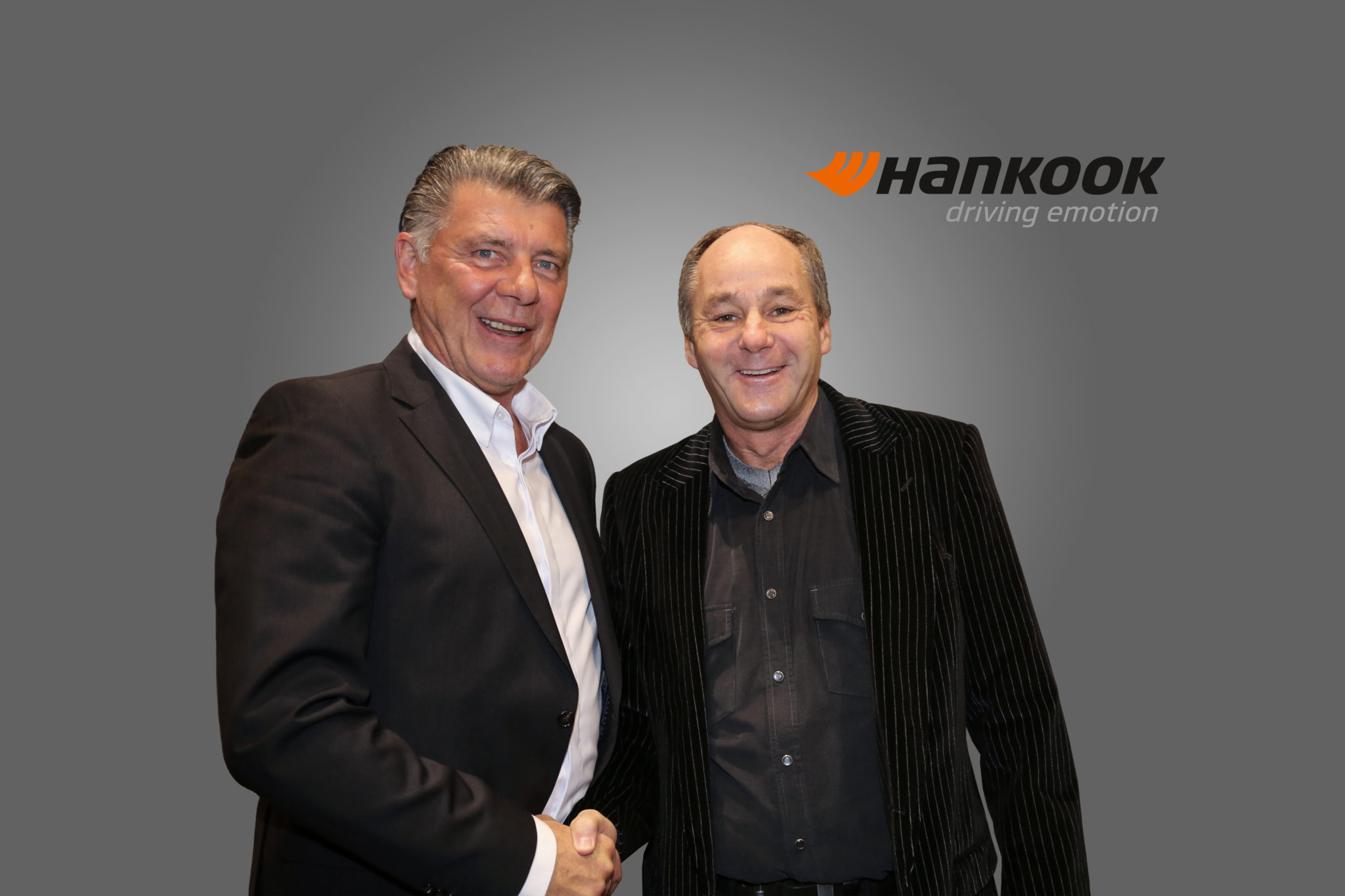 Hankook has extended its partnership with European touring cars, with another partnership with a promising new racing series. The new DTM Trophy will run on the Ventus Race tyre, with on-site support from the tyre manufacturer from the 2020 season. Hankook has signed a four-year contract with DTM umbrella organisation ITR, which will promote the new GT series. The new series will run as part of the support programme at seven rounds of the popular DTM series, which Hankook has supported as exclusive tyre partner since 2011.

The DTM trophy will make its debut on 24-26 April 2020, when it will share the bill with the DTM in Zolder, Belgium. Its final round will take place in Hockenheim on 2-4 October. The new race series is open to professionals, amateurs and juniors, using any production-based GT cars with rear-wheel drive in the FIA groups E2-SH and E2-SC.

Manfred Sandbichler, Hankook motorsport director Europe, said: “For us, as a long-term partner of the DTM, it was a logical step to continue our successful cooperation in the DTM Trophy. As a tyre partner for GT series around the world, we have the expertise required for this format. We also have a vast wealth of experience when it comes to junior series and can offer the teams and drivers in the DTM Trophy the best possible support. We are looking forward to exciting new challenges at the DTM weekends, when fans can expect even more spectacular motorsport.”

As in the DTM, the DTM Trophy schedule will include two free training sessions on the Friday. Both Saturday and Sunday will feature a 20-minute qualifying and 30-minute race. The top three in the overall standings at the end of the season will be rewarded with an attractive amount of prize money. The winner receives 75,000 euros, the runner-up takes home 50,000 euros, and the third-placed driver will receive a cheque for 25,000 euros. The DTM Trophy not only offers drivers aged 22 and under the opportunity to showcase their talents on an international stage, in front of big-name manufacturers and teams, but the fastest junior will also receive a test drive in a DTM car after the season.

ITR managing director Achim Kostron added: “The prize money on offer to the top three overall and the chance of a DTM test for the best junior are unique incentives to enter the DTM Trophy. We are also delighted to have acquired the services of our long-term partner Hankook for our new support series. This ensures that all the competitors will not only receive the very best material for safe and attractive motorsport, but also the good Hankook service we have become accustomed to at the racetrack.”