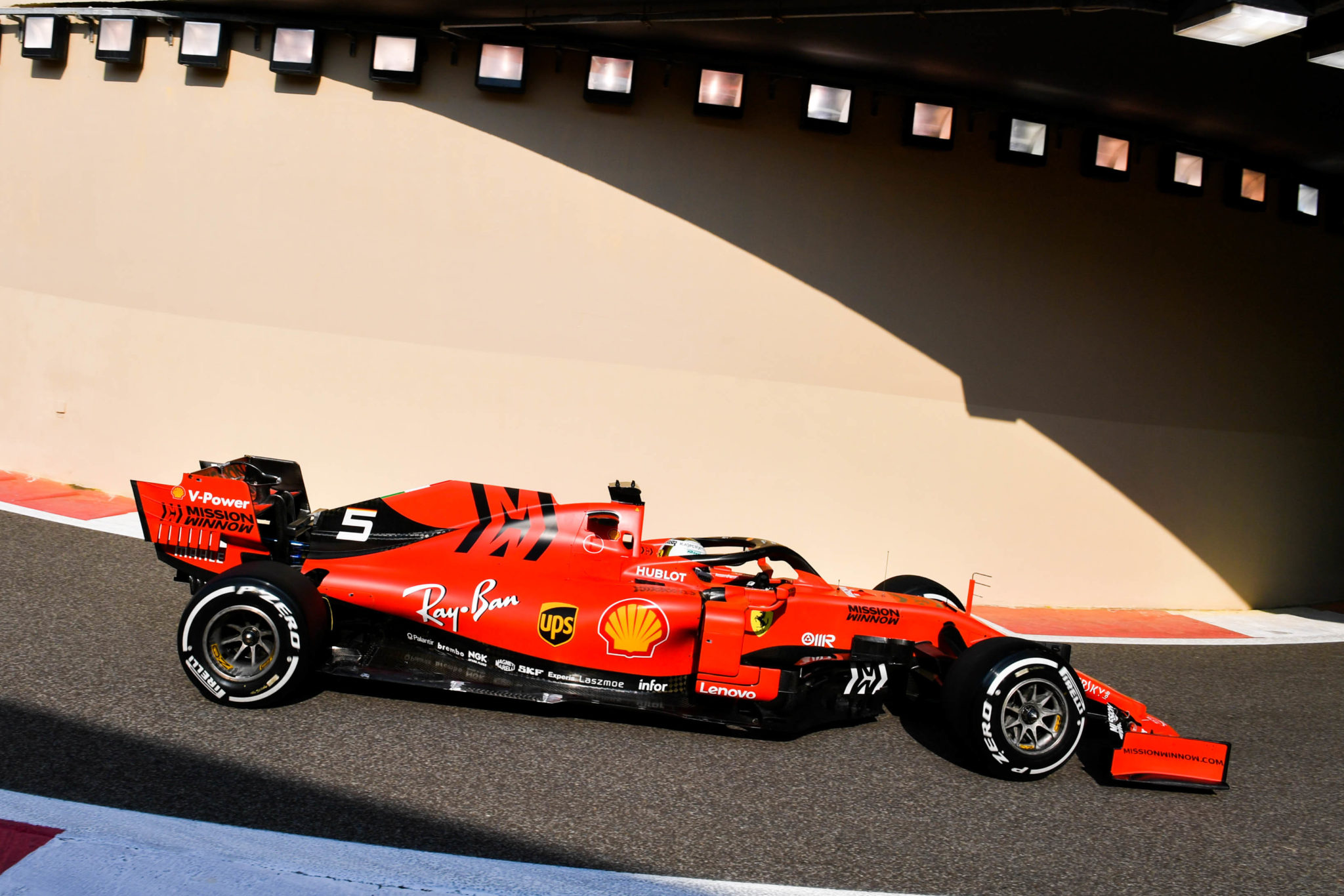 Sebastian Vettel's Ferrari at the final outing for Pirelli’s rejected 2020 specification F1 tyres (indicated by a dot under the sidewall stripes) at Yas Marina, Abu Dhabi

Speculation that the Formula One teams may reject Pirelli’s 2020 tyre specifications has been confirmed. The FIA announced that teams voted unanimously against adopting the new 2020 specification rubber following the final test of the season in Abu Dhabi. Pirelli representatives have told Tyrepress that the FIA decision does not affect Pirelli’s future tyre developments. The exclusive tyre supplier plans to move to 18-inch tyres in the 2021 season.

These larger tyres, closer in size to those used by regular road-going cars if also fundamentally different in construction, were tested by Williams race driver George Russell over 218 laps in a Mercedes mule car during the Abu Dhabi test. Pirelli has also worked with Renault and McLaren during the 2019 development of its relatively radical 2021 tyre plan.

“The FIA would like to thank both Pirelli and all the teams for their work and collaboration to improve the tyres for the 2020 season and beyond. In any case, the lessons leant will be invaluable for the further improvement of the tyres in the future.”

Autotech Recruit and the NTDA partner in tyre apprenticeship drive