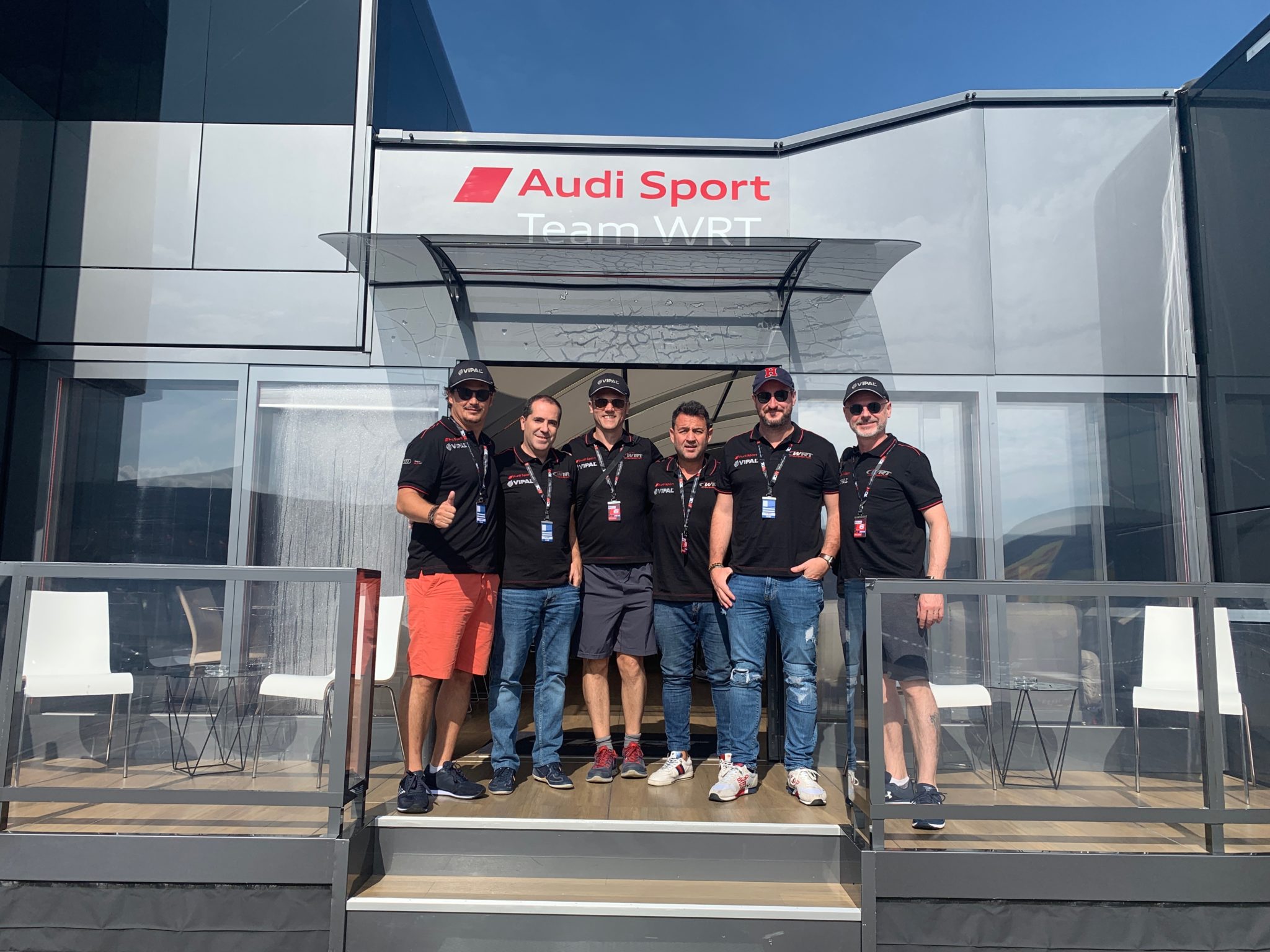 Uruguayan driver Santiago Urrutia and the WRT Audi Team were sponsored by Vipal Rubber in the Spanish stage of TCR Europe – Touring Car Series. Company customers were able to spend the race weekend in Barcelona, with VIP access to the paddock frenzy and the pit lane of the Barcelona-Catalunya circuit, one of the most traditional in Europe and which has been hosting Formula 1 races since 1991.

“Following our tradition of being close with our partners, we decided to provide this party moment to strengthen the relationship with our customers,” says Leandro Rigon, director of International Business at Vipal Rubber. The partnership with Urrutia and the RT Audi Team yielded positive results, as their work was successful on the tracks: while the driver finished third, the team got second place in the team championship. In addition to the thrills of the race, Vipal Rubber’s customer group could also enjoy the weekend in the capital of Catalonia, one of Europe’s most cosmopolitan and bustling cities.

TCR Europe runs on world-famous car racing circuits – of this year’s seven racetracks, six of them (Hungary, Hockenheim, Spa-Francorchamps, Austria, Barcelona, and Monza) are used by Formula 1. The cars are factory original and, to have a fair competition, they all use the same transmission from the models sold at European dealers. The 2019 season started in Hungary and ended in Monza, Italy, on October 12 and 13.

The WRT Audi Team is a Belgian team founded in 2009 by former Volkswagen Motorsport director René Verbist and driver Vincent Vosse. The team runs several Audi models in European touring categories, such as the TCR Europe Series itself and Blancpain (GT, Endurance, and Sprint Series). In 2011, they won the 24 Hours of Spa on one of the most traditional and difficult circuits in the world.