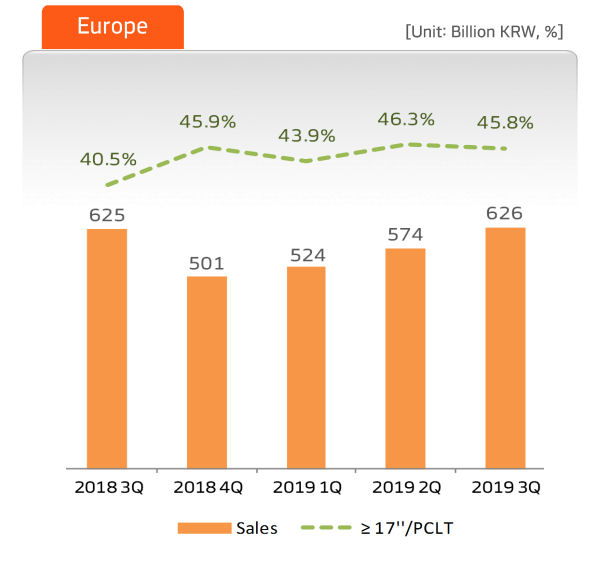 Sales in the 17-inch and above size category accounted for 55 per cent of Hankook’s total passenger car and light truck tyre sales, three per cent more than in the same period of 2018. Sales growth in 18-inch and higher sizes exceeded ten per cent.

The tyre maker anticipates full-year sales of approximately KRW 7 trillion (£4.7 billion) and an operating profit margin of around eight per cent.

Turnover within Hankook Tire’s European business was KRW 626 billion (£419.2 million) during Q3 2019, virtually unchanged from the same period of 2018. 45.8 per cent of passenger car and light truck tyre sales were made in the 17-inch and above size category, up from 40.5 per cent a year earlier.