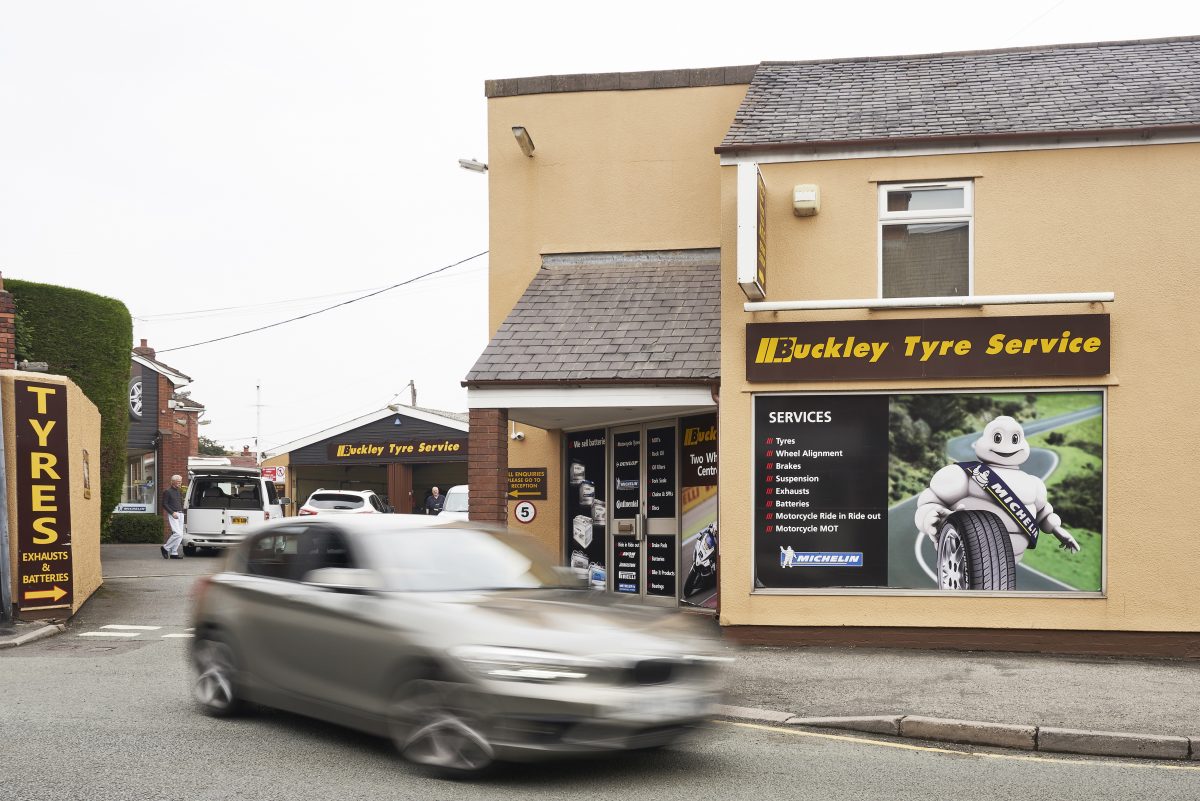 Buckley Tyre Service has been based on the same site since day one but has grown and is now one of the largest independent single tyre depots in Wales, situated on a 1.5-acre site.

Flintshire-based Buckley Tyre Service has been named the best tyre dealer in the UK after picking up the hotly contested Tyre Retailer of the Year Award at last night’s National Tyre Distributors Association (NTDA) Awards.

The independent dealership initially won the Small Retailer category, before going on to be crowned the NTDA’s overall Tyre Retailer of the Year – a flagship award which pitted the business against the winners of the Medium Retailer (up to 25 centres) and Large Retailer (national) categories.

It marks a successful 45th anniversary year for the business, which was founded by John Atkin and his late father Michael in October 1974, initially operating from a small tin shed. Today the company, which is a Michelin Certified Centre, employs 25 people, and pulls in motorists and motorcycle riders far beyond any ‘territory’ you’d normally associate with a fast-fit firm.

“It was the first time we’d ever entered, so to go home having won our category and been named the best tyre dealer in the country was a magnificent result,” he says. “It’s testament to the hard work of every member of my team; we’re all absolutely chuffed. It doesn’t get more special than going head-to-head with some of the biggest tyre companies in the country, and winning!”

In recognition of his father’s key role in founding the business, John chose to wear his father’s dinner jacket to the event. “It didn’t really fit me, but I wanted a part of him to be with me last night. He’d have been very proud of what we’ve accomplished.”

Key to Buckley Tyre Service’s success is a focus on customer service which is instilled into every member of the team, and where the average length of service is an impressive 14 years.

“We constantly remind ourselves that we are only as good as today,” explains John, who is a hands-on owner and still regularly fits tyres in the workshop. “We might have been trading for 45 years, but you’ve got to keep that standard going day-in, day-out, just like a Michelin Star restaurant. This means being on the case all the time, every day, and making sure our level of service is the same every time a customer comes in.”
He adds: “I can’t say enough about the support Michelin has given us since we joined the Michelin Business Professional network for motorcycle tyre specialists six years ago, and then the Michelin Auto Professional network for car tyre dealers earlier this year. They are just like us; so professional in everything they do – and they bring huge value to our business.”

Andy Aylward, Michelin’s Retail Programme Manager for the UK and Ireland, says: “This is one of the very best examples in the country of how to run an independent tyre dealership. Every single person on the team knows their role inside out, and works hard to deliver complete customer satisfaction. We use the Google reviews this business generates when we’re training other dealers; it’s a shining example of just what’s possible when everyone’s pulling in the same direction.”

Buckley Tyre Service has been based on the same site since day one. Over the years it has bought the shops at the front, and land at the back and side, to make it one of the largest independent single tyre depots in Wales, situated on a 1.5-acre site.