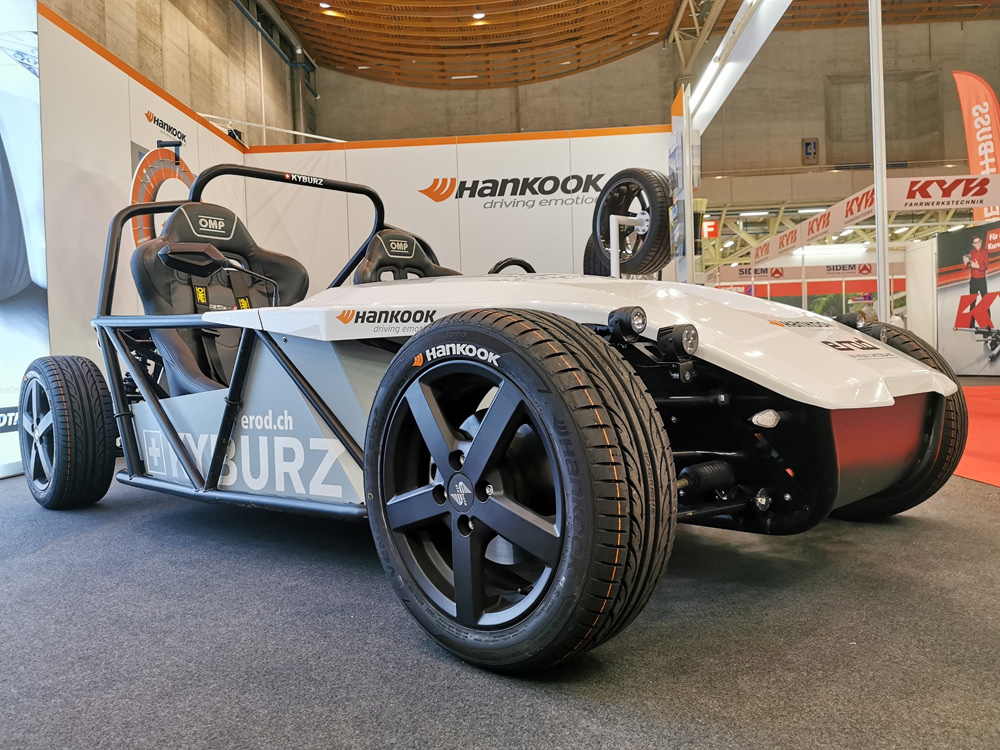 Hankook Tire has signed a partnership agreement with the Swiss company Kyburz. The first project under this agreement will be to fit Kyburz’s eRod roadster with ultra-high-performance tyres from the Ventus line. The road-legal electric sports car will be equipped with the Ventus V12 evo 2 in size 195/50R15 V. Hankook also becomes the recommended replacement tyre brand for the eRod.

Kyburz expects to make around 50 eRod vehicles a year at its production facility in Switzerland. The Hankook-shod eRod was publicly launched at the Swiss Automotive Show in Fribourg on 6 September.

“In future Hankook will act as the official tyre partner of a pioneering company in electric mobility for the Swiss supplier industry. With the signed partnership agreement, we are eager to support even more promising projects of Kyburz,” says Soo Won Chang, managing director of Hankook Austria and Switzerland.

“We are proud to announce a partnership agreement with the international tyre maker Hankook for our future projects. Our companies’ shared values – Hankook’s passion for ‘Driving Emotion’ and our first joint project with Hankook, which focuses on ‘Pure Driving’ of the roadster eRod, show the future potential of the partnership for further projects,” states Flurin Vicentini, development manager at Kyburz.