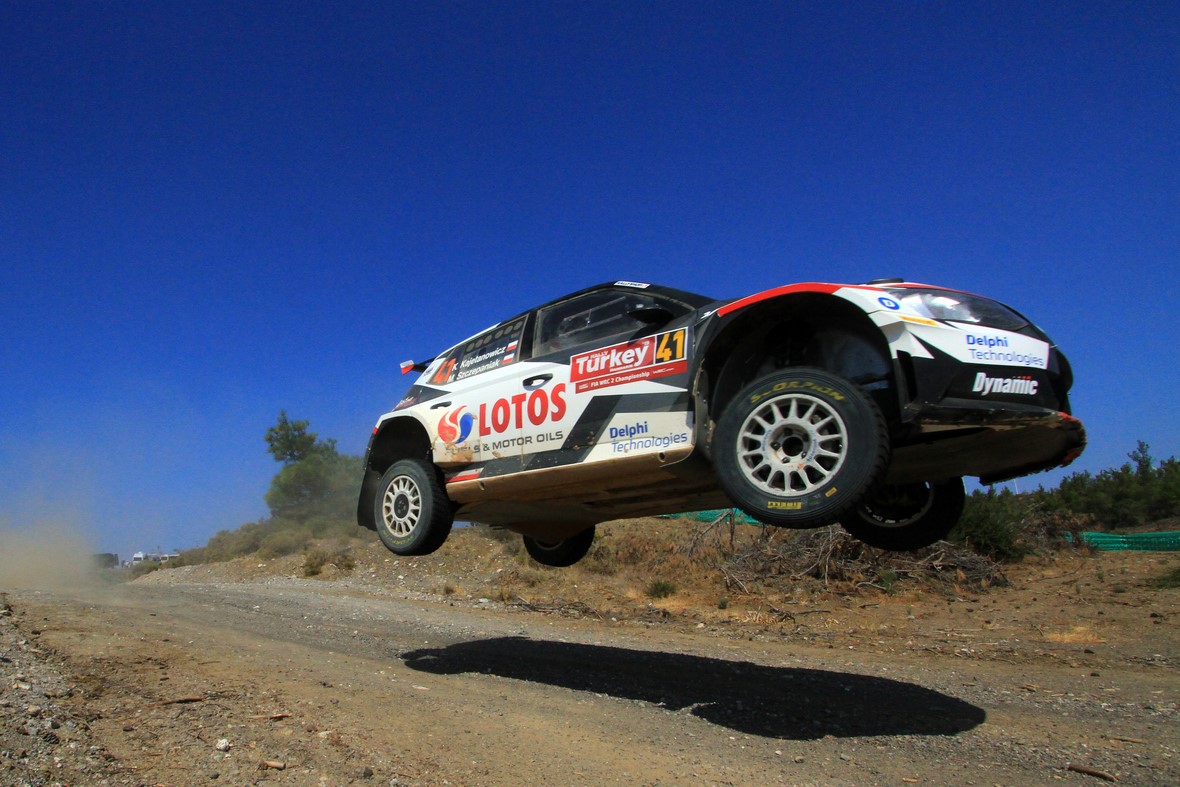 The latest evolution of Pirelli’s Scorpion K gravel tyres received their WRC debut at Rally Turkey on the weekend, and delivered victory on this first outing. Pirelli-shod drivers swept the WRC2 class podium.

Poland’s Kajetan Kajetanowicz led the class from start to finish to claim his maiden WRC2 win after taking three consecutive European Rally Championship titles with Pirelli from 2015 to 2017. This latest result in Turkey puts him joint top of the WRC2 standings with three rounds to go.

Kajetanowicz had also been on course to finish 10th overall as the highest-placed driver in an R5 car, ahead of the factory-entered drivers in the WRC2 Pro category on rival tyres, who were all delayed by multiple punctures during the weekend. Only a broken front-left driveshaft caused the Polish driver to slip behind two of the WRC2 Pro runners on the very last stage, but he made it to the finish to secure his WRC2 win.

Rally Turkey’s extremely rocky stages and searing heat make it very tough on tyres, as well as the cars and crews. The Pirelli Scorpion K tyres coped very well with the demands, in both the new K4A hard and K6A medium compounds that were making their debuts over the weekend.

“We’re delighted that once again our new product has won on its WRC debut: this time on gravel, after our new asphalt tyre also won on its debut earlier this year,” comments Terenzio Testoni, Pirelli’s rally activity manager. “Most of the drivers agreed that Turkey was the roughest rally on the championship, with sharp rocks and abrasive surfaces increasing the risk of punctures. However, our drivers not only avoided major setbacks but also delivered a clean sweep of the WRC2 podium, making the most of both the strength and performance of our new products in extremely tough conditions.”