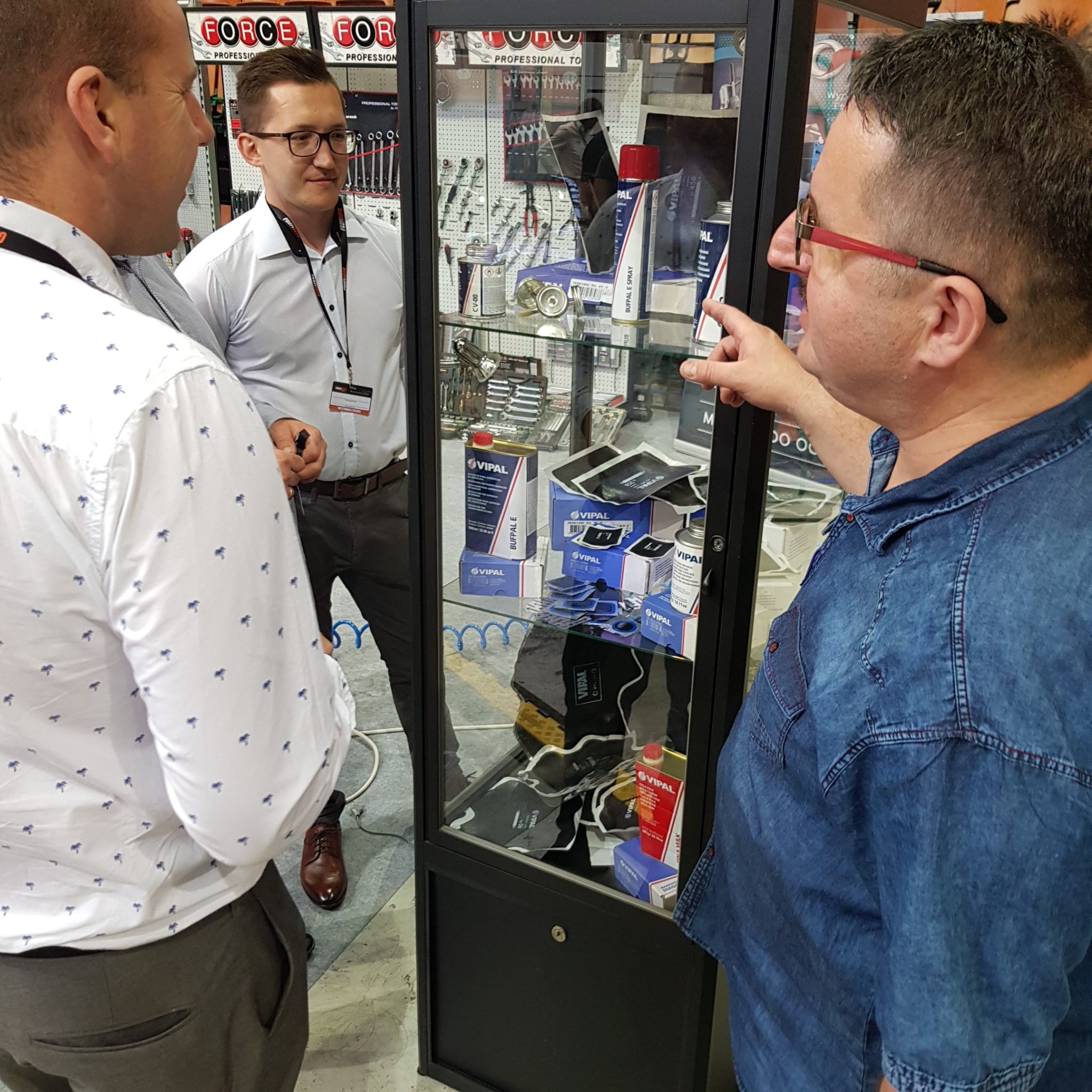 Vipal Rubber, one of the world’s top manufacturers of tyre retreading products, has participated in the ProfiAuto Show 2019 (8-9 June in Katowice, Poland) in partnership with exclusive Polish distributor, Arko-Gum. The partnership between the companies, vital in ensuring Vipal provides the most relevant solutions for the Polish market, has been in effect for nine years.

At the trade show, Vipal showcased its tyre repair line, widely accepted in the market and including products such as patches, adhesives, vulcanizing cements, MC repairs and others. According to Fabricio Nedeff, Vipal’s commercial manager in Europe, the trade show was very productive for Vipal because it helped strengthen understanding and recognition of the brand in the Polish market, where it is already widely known.

“Although the market in Poland is very price-oriented, participating in this event was very positive because there is great demand for high-quality products like those offered by Vipal,” says Pawel Chmiel, representative of Arko-Gum.

Organized by ProfiAuto, a company that brings together the leading automotive wholesalers, stores and services in Poland, the ProiAuto Show is one of the largest events in the sector in Eastern Europe, attracting a specialized audience seeking the newest developments in the industry, while offering a program of courses and workshops to train professionals in the field. In 2019, there were 150 exhibitors from various European countries, receiving 46,000 visitors over the two days of the event.