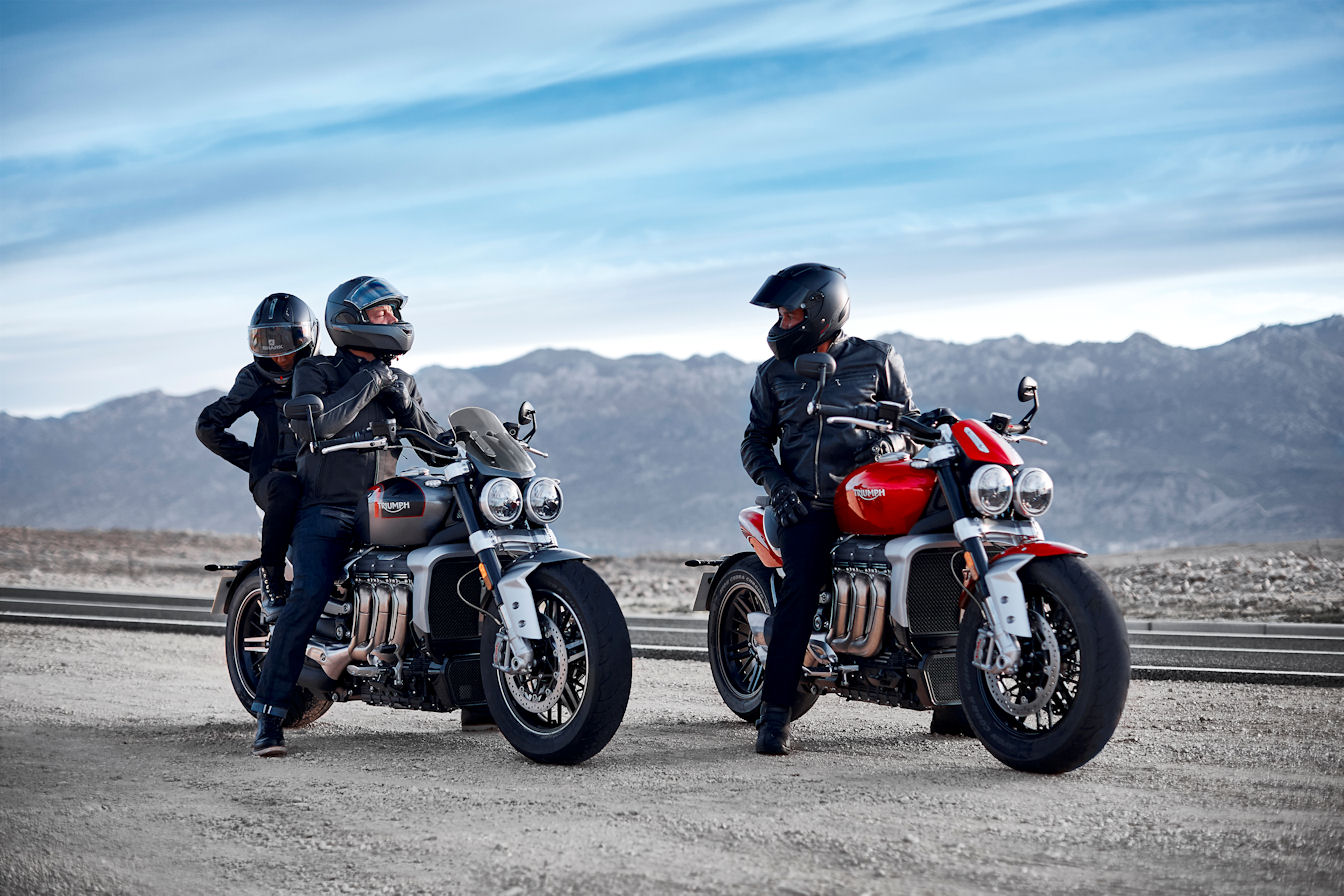 The latest Triumph Rocket 3 has arrived, complete with a 2,500cc engine – the largest ever seen on a production motorcycle. It’s also the torquiest production bike ever made. This power and torque meet the road through the new Cobra Chrome from Avon Tyres.

As original equipment supplier to Triumph Motorcycles, Avon Tyres contributed to the end result by developing a new Cobra Chrome tyre especially for the Rocket 3 R and GT. The choice of size 150/80 ZR17 at the front and 240/50 ZR16 at the rear add to the roadster’s distinctive muscular presence.

The Cobra Chrome features several serpentine features – the edge of the tyre’s tread is reminiscent of snakeskin, and its aesthetics are further enhanced by a raised logo in the form of a Cobra head. Meanwhile, the new front and rear tread patterns have been developed for exceptional grip and incredible mileage.

“We are proud to be the tyre of choice for such an iconic brand as Triumph Motorcycles,” says Dominic Clifford, global Avon motorcycle manager. “The Rocket 3 roadster is the pinnacle of motorcycles. To see our Avon Cobra Chrome tyre fitted on both models really is a testimony to the tyre’s performance.”

Several snakelike features can be spotted on the Cobra Chrome