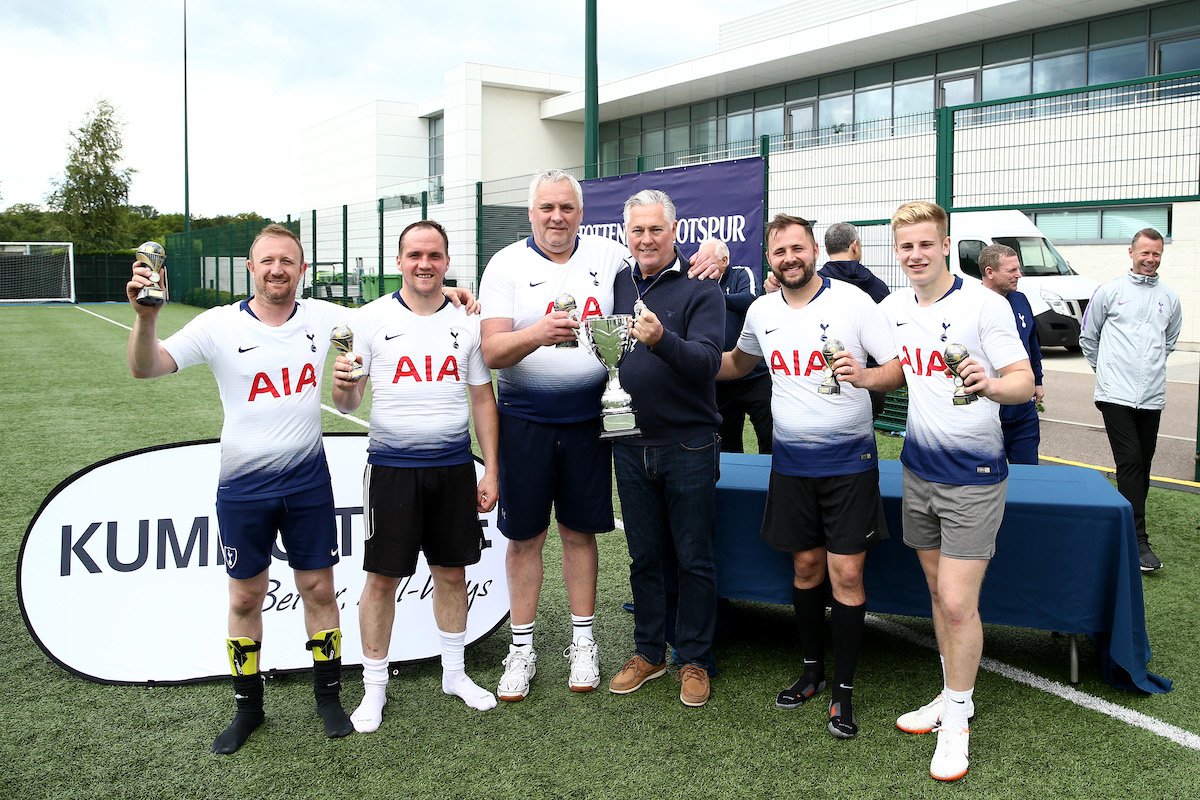 Paul Miller’s team, the ‘81ers’, were victorious in this year’s tournament

One of the many highlights of Kumho Tyre’s partnership agreement with Premier League football club Tottenham Hotspur is the annual five-a-side tournament the club lays on for Kumho’s UK customers. Kumho considers this a money-can’t-buy experience that is “eagerly anticipated” by all concerned.

The competition is contested by eight teams, each of which is coached and managed by a Spurs great, and takes place at the club’s Hotspur Way Training Centre. The line-up of managers for the most recent encounter was: Cliff Jones, Paul Allen, David Howells, Graham Roberts, Micky Hazard, Clive Allen, Paul Miller and Steve Sedgley.

The notoriously competitive Jones, now 84 years young, managed to steer his teams to victory for the first two tournaments, but this year it was the turn of Paul Miller’s quintet (the 81ers), which got the better of Micky Hazard’s squad (the Curly Tops) in the final clash of the day. The mini-tournament was compered by the Spurs stadium announcer Paul Coyte.

“There are numerous facets to our role as Official Tyre Partner to Spurs, apart from the fantastic brand presence it affords us, of which the Kumho Tournament is one of the most enjoyable,” comments John Thrupp, Kumho’s UK marketing director. “It is a unique opportunity for the staff of our more soccer-oriented customers to rub shoulders with some true legends of the game – an experience they are unlikely to forget.”