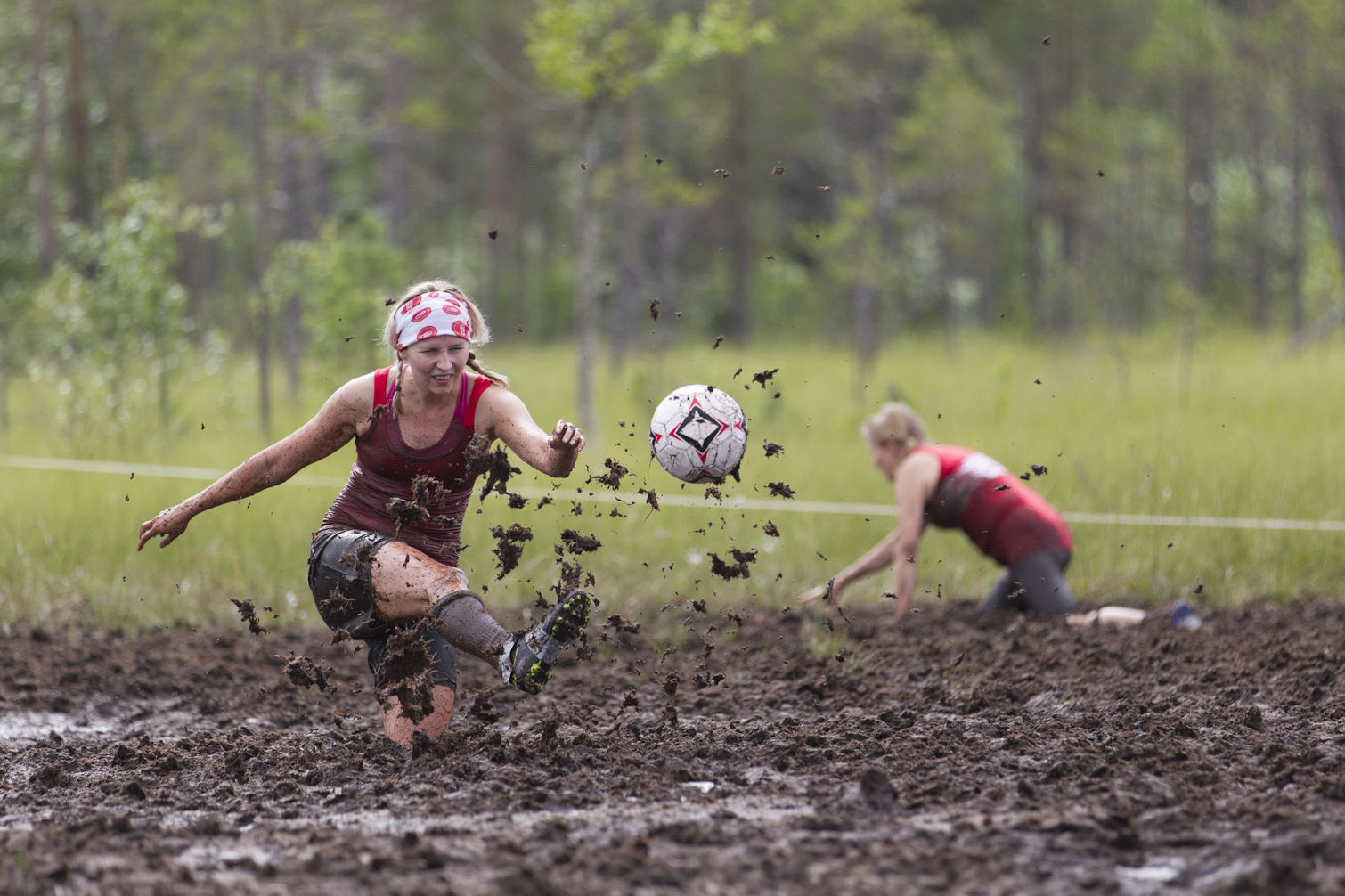 It’s Swamp Soccer time again, and Nokian Tyres is ready for two days of boggy fun. The tyre maker returns this year as title sponsor, a status it has now held for more than a decade.

The Nokian Tyres Swamp Soccer World Championships has taken place every year since 2000, and Nokian says that not only has it become a popular sporting event in Finland, the event attracts “likeminded, gutsy people around the world.”

Peat, sweat and muddy limbs. These are all usual sights at the Nokian Tyres Swamp Soccer World Championships. That’s because swamp soccer is a tough sport: Matches are played on pitches 35 metres wide and 60 metres long; 20 pitches have been marked out for this year’s championships. The six-aside teams wade in the swamp for two halves of ten minutes, playing four to six matches over the weekend – a total of nearly 1,000 matches.

The Nokian Tyres Swamp Soccer World Championships 2019 begins tomorrow at the Vuorisuo swamp in Hyrynsalmi, Finland. The organisers anticipate around 10,000 visitors coming to watch the 200 or so teams competing for the championship titles in four series.

Nokian’s tip for competitors? A “good sense of humour is a must if you want to survive the swamp!”