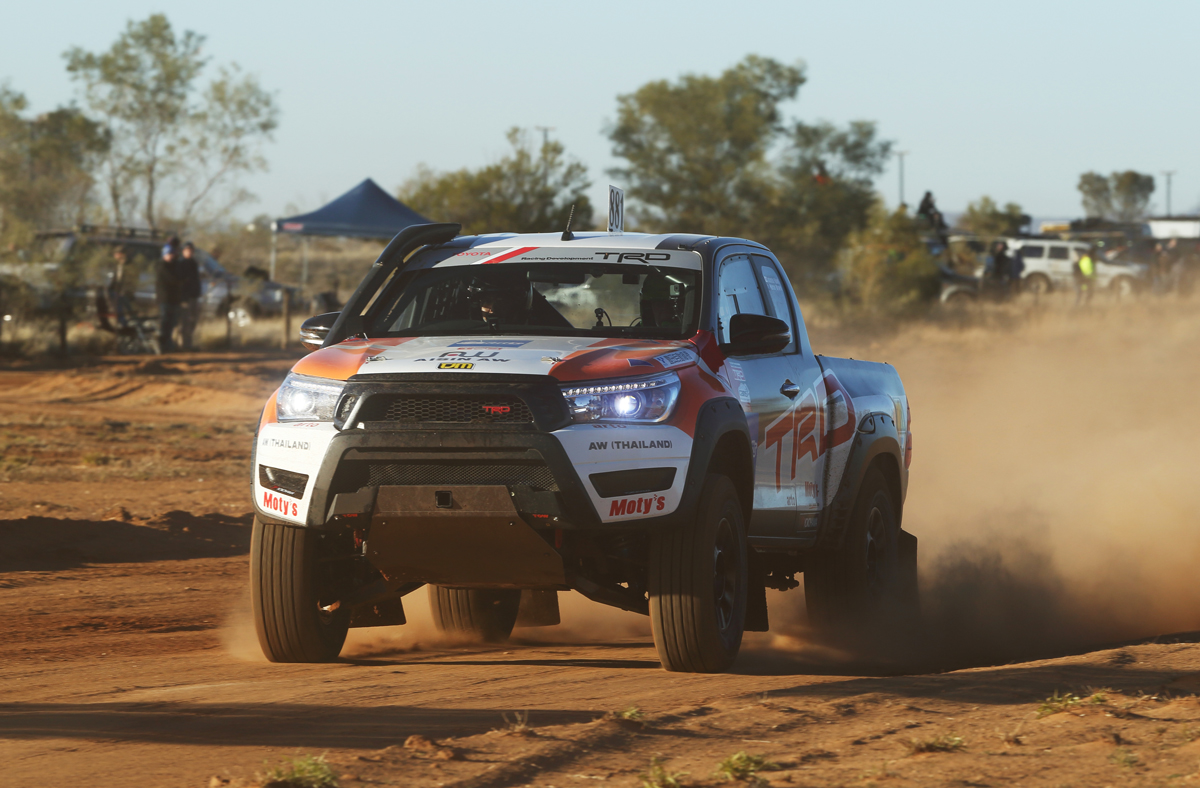 An event billed as ‘Australia’s Greatest Desert Race’ took place earlier this month in the vast emptiness of Australia’s Red Centre. This was of course the Tatts Finke Desert Race, held between 7 and 10 June. Yokohama Rubber shares with pride that its tyres were worn by the winning vehicle in the Extreme 4WD class.

The class victor was a Toyota Hilux shod with Yokohama Geolandar A/T G015 tyres and driven by Tadamitsu Niihori and Murray Kenneth Hynes of the Toyota Racing Development (TRD) team. Yokohama credits the TRD team’s class victory “in large part” to the “durability of the Geolandar tyres, which enabled the team to run for two days over difficult terrain without once needing to change tyres.”

Competitors in the Tatts Finke Desert Race drive or ride across almost 300 miles of fine red sand in Australia’s Northern Territory. The TRD team cut 20 minutes off its previous years’ time in the first-leg outward bound trip on day one and then continued its stable run through the desert on day two, when 60 of the 143 vehicles in the race failed to finish within the race’s time limit.

TRD’s Tadamitsu Niihori comments that the Geolandar A/T G015 was selected for its light weight, which enables the driver to take advantage of the suspension’s movement during a desert race. He added that he was able to concentrate on driving because the tyres provided ample traction and excellent control while racing on deep sand. In addition, the team did not have to deal with flat tires or other problems during the qualifying round and the finals.

Yokohama says the Geolandar A/T G015 all-terrain tyre “delivers superb drivability and durability in off-road conditions and a comfortable, quiet ride on city streets.” The tyre maker aimed to design a tyre that is “stylish yet also achieves the powerful image befitting an off-road tyre.”