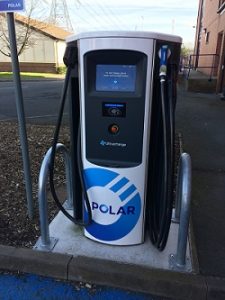 London will receive upwards of 50,000 more electric chargepoints between now and 2025 after mayor Sadiq Khan called for an “electric revolution”. The number of electric vehicles in the capital is expected to jump from about 20,000 to 330,000 by then.

The Mayor said, “I want London to lead the world in this ambition, with all new cars and vans on London roads to meeting these standards by 2030, not 2040 as the government is proposing.

“To make this vision a reality we must make sure all Londoners have access to the essential infrastructure required to run and maintain an electric vehicle. This is a massive operation and can only be achieved if the public and private sector come together to deliver London’s electric future.”

To achieve this, an Electric Vehicle Infrastructure Taskforce was set up last year.

Steve Gooding, director of the RAC Foundation who are part of the Taskforce said, “The Mayor’s plan rightly recognises that delivering a recharging network on the scale and complexity envisaged for London will involve a multitude of players, a large number of whom, including ourselves, have been pleased to be part of this taskforce.”