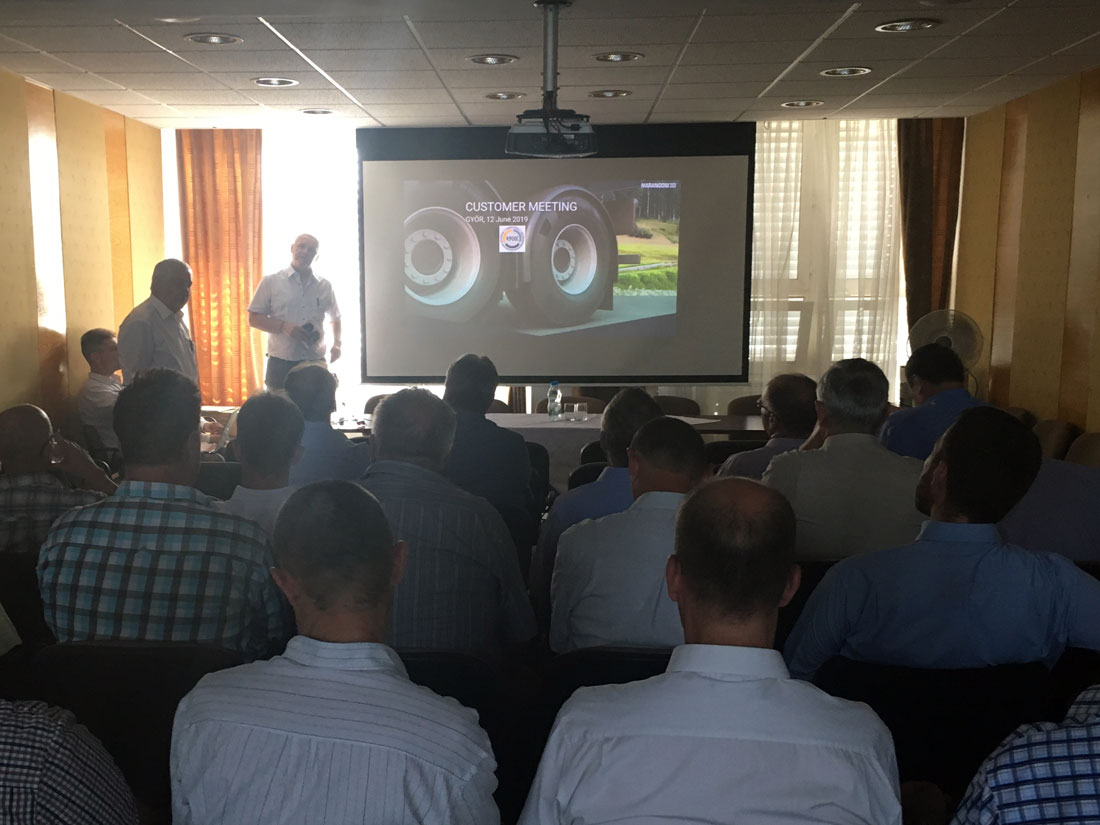 On 12 June 2019 a delegation of 30 bus company managers from all over Hungary attended a Marangoni Ringtread presentation hosted by Énykk at their headquarters.

During the meeting, a special focus was on the first RD4 235 XXS rings recently delivered using the newly industrialized mould. Ringtread RD4 is the ideal solution for intercity long-distance buses due to its operating safety, enhanced traction and low noise, whilst maintaining high mileage and performance levels. After the end of the event, Daniel Brichta, area manager of Marangoni Retreading Systems, said: “RD4’s range extension will satisfy the increasing demand in tyre size 285/70 R19.5 used on the Credo buses made by the Hungarian producer Kravtex. The response to our presentation of this product has far exceeded expectations and proven to be an indicator of the foreseen increase in the request of these rings.”

Énykk, earlier known as Kiszalföld Volán, is a long-term Marangoni customer that provides local, intercity and international passenger transport services in four Hungarian counties. The company utilises the Ringtread System and precured materials to produce retreads in their own plant in Györ, Hungary. The retreads are used by Énykk’s fleet, composed of around 1,400 buses, and also sold to third-parties, mainly in the western part of the country. The firm expects to sell Ringtreads to new fleets in other counties soon.

According to Marangoni, Énykk was the first company to introduce retreading to Hungary back in 1981. This happened following the purchase of RTS (RINGTREAD System) equipment and precured material from Marangoni. Since then, the organisation has worked alongside Marangoni in a partnership that is closing in on 40 years.

Over this time, the relationship has seen many technological advancements in their Györ retreading plant such as Marangoni’s building machine, the RingTreader Series 1000, and the recently purchased autoclave. Specifically, Énykk invested in a state-of-the-art shearography technology, enabling the company to reduce its production times, since defected tyres are eliminated at the start of the process and allowing them to benefit from reducing costs.