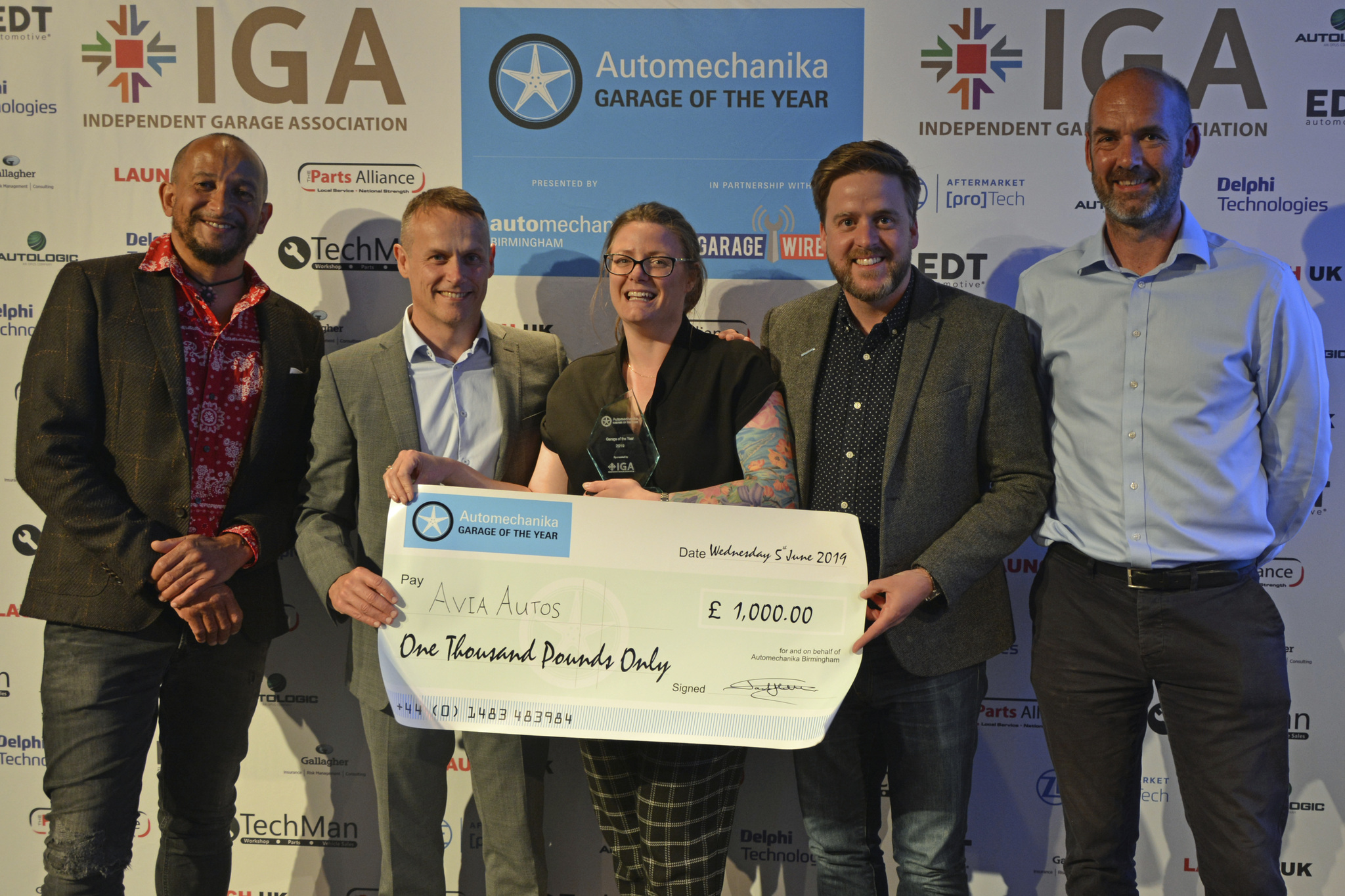 Avia Autos, winner of the 2019 Garage of the Year prize

Last week’s Automechanika Garage of the Year saw Garage Wire arrange a dinner and awards evening for nearly 200 people at the National Motorcycle Museum on Wednesday 5 June. Avia Autos won the overall award and the £1,000 cheque whilst nine category winners were recognised too.

Automechanika Birmingham event director Jack Halliday opened proceedings with details of how the three day NEC-based trade show had attracted more garages than ever before.

The quality of entries for the competition was higher than ever, epitomised by Avia Autos who caught the eye of all the judges. The second generation family business is active in the local community, invests in staff development, skills training and customer care despite operating with a relatively small team of 5 staff.

“The evening couldn’t have gone better,” said James Onions, Garage Wire director. “It was great to showcase some of the great things that independent garages are doing.

“We’d like to warmly thank all the garages that made it on the night and took time to enter and tell us about their businesses.”

Nigel Brown of Surfari at Newberry Road Garage said: “Judith and I were blown away to win the Best Community Initiative. We have had a steady stream of locals dropping in to see the trophy and congratulate us. The whole village is sharing our excitement!

“We thank the sponsors for the incredible support for independent garages in funding this event. The evening was superb, and networking with the other entrants provided some brilliant opportunities and ideas.”

Later on Car SOS presenter Fuzz Townshend spoke of his time working on the buses, writing for magazines and restoring classic cars, expressing his admiration for the efforts of modern independents to keep ahead of developing new car technology. After he had taken questions from the floor on his TV escapades it was time for networking drinks before the event closed after midnight.