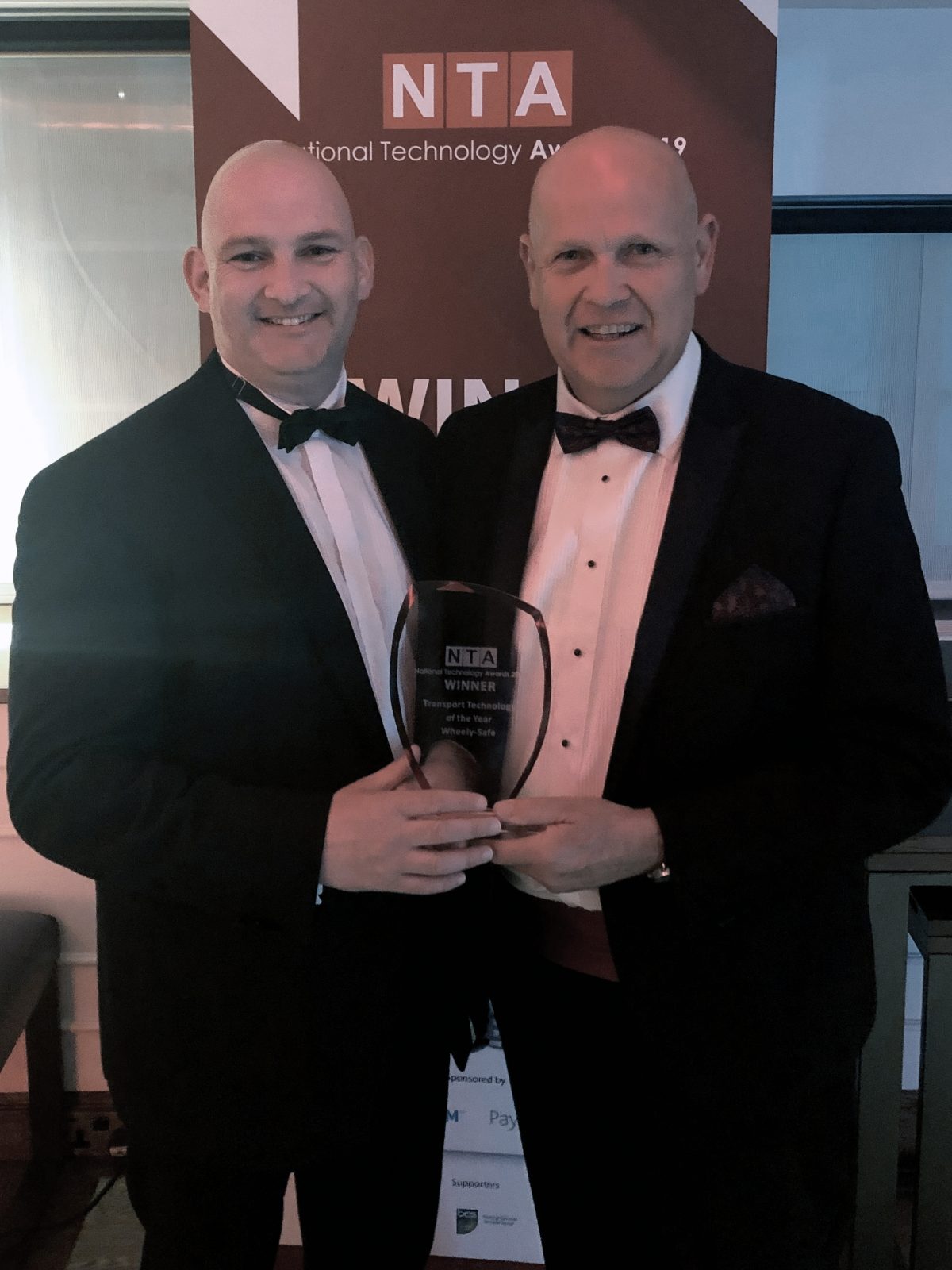 The award was presented to Andy Congrave, sales director of Wheely-Safe, and Stephen Graham, ONCall and Internal Sales Manager at Michelin Tyre plc.

Launched at the IAA Show in Hanover, Germany, in September 2018, the Michelin Wheel Security & TPMS Heavy Fleet is the world’s first in-motion driver alert system to detect the onset of wheel loss from buses, coaches, trucks, trailers and heavy plant before detachment.

Wheely-Safe was one of eight companies shortlisted for the award, presented at the Marriott Hotel in Grosvenor Square. The National Technology Awards celebrate the pioneers of technology and encourage excellence across the sector.

Gary Broadfield, group managing director of Wheely-Safe and the inventor behind the technology, said: “In winning this award, the judges recognised that we’d taken an entirely fresh approach to tackling wheel loss. Our solution means that, for the first time, a driver will receive an alert the instant a potential wheel loss issue is detected, allowing them to pull over safely.”

The Michelin Wheel Security and TPMS Heavy Fleet is a simple, intuitive, low cost, and extremely effective system which sees a sensor straddle two wheel nuts thanks to a specially designed bracket – with a pair fitted to each wheel. If a nut starts to loosen by just 1mm of movement, a signal is instantly transmitted to the solar-powered display unit, alerting the driver to pull over.

Due to its location next to the wheel rim and braking mechanism, the system’s onboard heat sensor can also detect brake issues involving low or high temperatures, including when they exceed 90ºC – a reading that could indicate maintenance issues such as sticking brakes or hub failure. An inbuilt TPMS is also provided, with sensors replacing the traditional valve caps and auto-pairing with the display unit, which fixes onto the windscreen.

Gary Thomas, group director and co-founder of Wheely-Safe, adds: “No single technology adopted by any OEM or aftermarket supplier has tackled these issues effectively until now. Winning this award reinforces the potential for this new product on the market – both in the UK and around the world.”

Its launch follows nearly a decade refining and miniaturising the original concept – as well as securing a series of complex, global patents. Michelin signed Wheely-Safe as a global licensee shortly after seeing the technology in action.

Despite all the advances in modern vehicles, wheel detachment has continued to be a major cause of concern and is widely recognised as an international problem. A Transport Research Laboratory report into wheel loss on commercial vehicles, published for the Department for Transport, estimated that the annual frequency of wheel fixing problems in the UK stands at between 7,500 and 11,000 incidents. Of these, some 150 to 400 result in actual wheel detachments, with 50 to 134 causing damage, 10 to 27 leading to injury and between 3 and 7 resulting in a fatality.