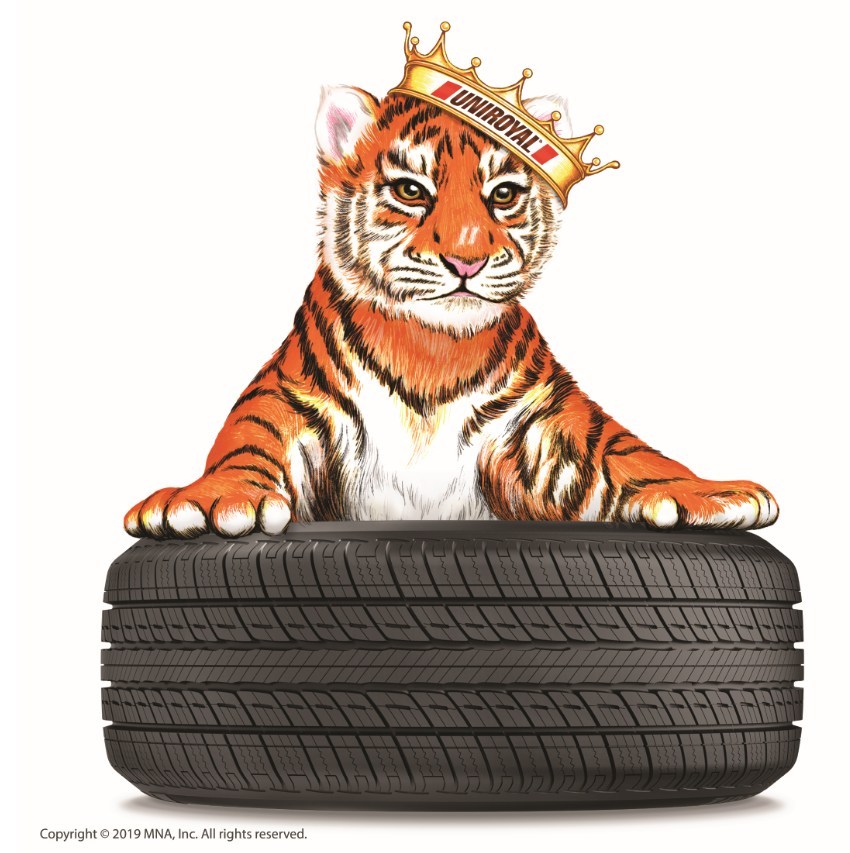 Here in the UK and in Europe, Uniroyal belongs to the Continental tyre portfolio, but in North America it is a Michelin brand. And across the pond, Uniroyal Tires has gained a new brand mascot – Royal.

So who then is Royal? If you guessed a crown-wearing tiger cub sitting inside a Uniroyal tyre, then you guessed correctly. Uniroyal Tires chose this eye-catching character as its new brand icon because Royal is, it comments, a mascot 50 years in the making.

The symbol of a tiger has long been associated with Uniroyal in North America. In the 1960s, the brand introduced the Tiger Paw line of tyres, and a cartoon tiger starred in Uniroyal ads. Tiger Paw tyres were original equipment tyres on the Pontiac GTO during that era.

Today, the Tiger Paw tyre line still represents a large segment of the North American Uniroyal portfolio. Uniroyal Tires comments that its new icon was created just ahead of the largest product launch in the brand’s history: the Tiger Paw Touring All-Season, available to consumers in June.

The brand commissioned artist Jared Emerson to reimagine Royal the tiger. A series of images shows Royal as a tiger cub – a nod to the brand bringing value to families. The tiger’s name is also a link to the brand’s heritage. U.S. Royal was the predecessor to Uniroyal in North American markets and has remained a Uniroyal trademark for decades. The new icon features a crown to emphasise the tiger’s symbolic name.