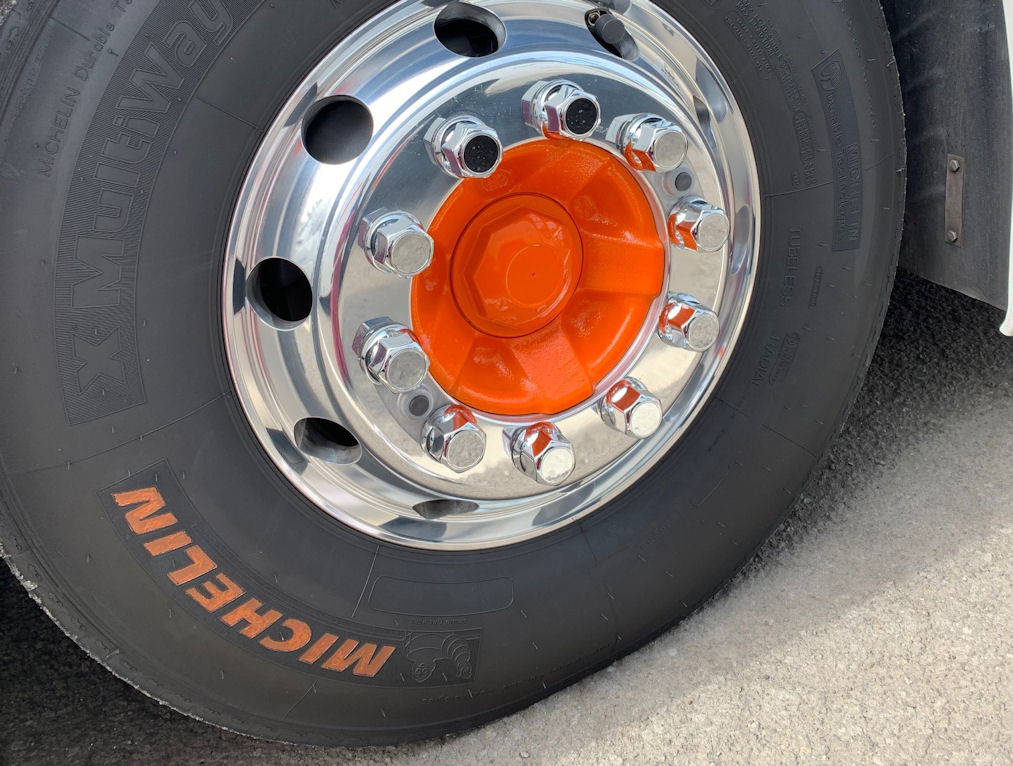 Stanley Travel is one of the first coach and bus companies in the UK to trial the Michelin Wheel Security and Tyre Pressure Management System, and it considers its fitment an added reassurance against the risk of wheel loss.

The family-run company is testing the Michelin Wheel Security and Tyre Pressure Management System (TPMS) Heavy Fleet on two brand new Volvo B8R Plaxton Panther 3 coaches, with a view to rolling out the product across the rest of its fleet.

“It was very easy to fit and we think it will be a great safety feature for us,” says Ian Scott, director, Stanley Travel. “It’s so important to have that added reassurance. We provide transport for thousands of people so, of course, tyre and wheel safety is absolutely imperative for our business.

“Across the coach industry wheel loss is an unfortunate occurrence, and it does happen to fleets. It’s normally always on the nearside rear wheel and can be disastrous. This new technology gives us another form of security to combat that,” adds Scott.

Due to its location next to the wheel rim and braking mechanism, the system’s onboard heat sensor can also detect brake issues involving low or high temperatures, including when they exceed 90ºC – a reading that could indicate maintenance issues such as sticking brakes or hub failure.

An inbuilt TPMS is also provided, using the same technology already seen on the Michelin TPMS Light Fleet system for LCV operators. It comprises a set of TPMS sensors that replace the traditional valve caps and auto-pair with the display unit, which fixes onto the windscreen.

“As far as I know there isn’t another product that offers this kind of reassurance,” says Scott. “There’s plenty of wheel nut security devices but nothing that actually tells you if you have a loss of torque on the wheel nut.

With a varied fleet of more than 100 assets, including taxis, minibuses, large coaches and double-deckers, Stanley Travel is a major employer in the north Durham region. The company is a member of the Guild of Coach Operators and a founder member of the Driver and Vehicle Standards Agency (DVSA) Earned Recognition scheme for exemplar operators. In 2009, Stanley Travel joined the UK coach industry’s most elite operators by becoming one of only 38 in the country to be granted the Coach Marque, awarded by the Confederation of Passenger Transport in recognition of the quality and consistency of its service.