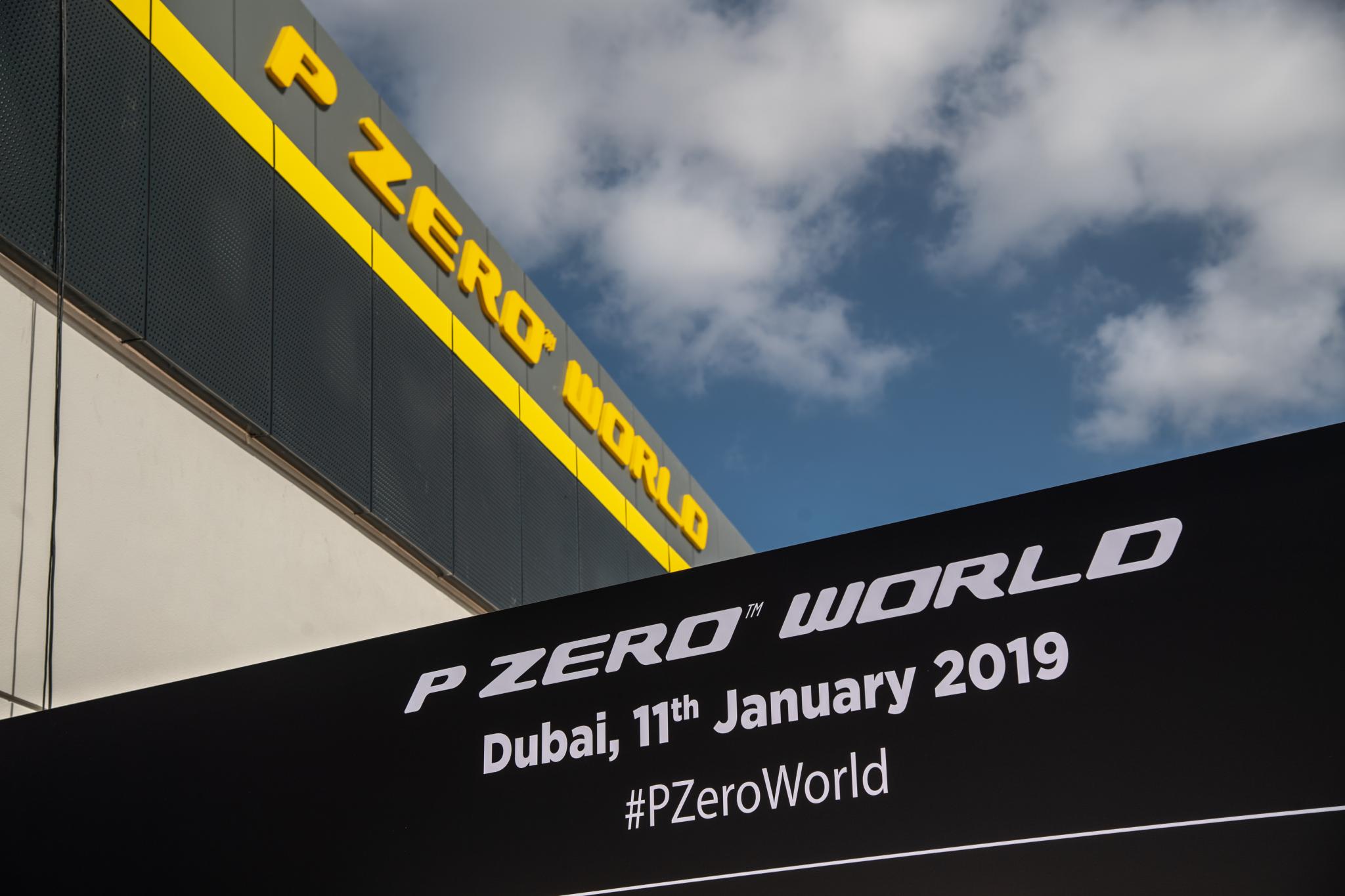 Pirelli has opened a fourth branch of its tyre boutique retail concept P Zero World on a third continent. The store follows previous openings in Los Angeles, Munich and Monte-Carlo. More than 60 supercars belonging to local collectors formed a parade through the city to mark the Dubai opening. The following day more than 200 cars took to the track at Yas Marina in Abu Dhabi for the P Zero Experience: Pirelli’s track day event.

P Zero World contains Pirelli’s “most exclusive products alongside services dedicated to the exotic worlds of luxury and sports cars,” the company states, and are the only place from which the entire range of Pirelli tyres can be acquired. Pirelli Design accessories are also available. P Zero World Dubai also offers valeting and courtesy car services. The company states that P Zero World “allows people to immerse themselves in the world of Pirelli,” with décor using the Pirelli Calendar and its multi-coloured Formula 1 tyre sidewalls.

P Zero World is also indicative of Pirelli’s strategic focus on premium and prestige products, a growing market in which the Italian firm claims leadership via original equipment and aftermarket sales. Pirelli supplies more than half of the world’s prestige cars’ original equipment tyres, the company claims, as well as 20 per cent of the premium market.

Pirelli says that Dubai was chosen as the next location for P Zero World due to its status as a gateway to the United Arab Emirates and wider Middle East region, and a historically important commercial and transport hub. This, Pirelli continues, has made it a Middle Eastern location more open to influences and trends from the rest of the world. In 2020 Dubai will host Expo: the world exhibition that it estimates will attract 25 million tourists. Dubai’s passion for cars makes it the second-most important car market in the Gulf, behind Saudi Arabia, Pirelli adds.The region expects a yearly growth of 4-5 per cent in luxury cars over the next few years.

The pervasiveness of high-performance cars is represented by the supercars within Dubai’s police force fleet, which includes a Lamborghini Aventador, Ferrari FF, Bentley Continental GT, McLaren 12C and Audi R8. Some of these police cars took part in the parade of 60 supercars that marked the boutique’s opening. W Motors, the first Arab hypercar company, is also active in Dubai, with a Pirelli-equipped Fenyr SuperSport a highlight of the opening of P Zero World. The CEO of W Motors, Ralph R Debbas, was an honoured guest at the opening, representing a visionary and exclusive constructor shaping the future mobility in the region. An Aston Martin Zagato was additionally on display. For the famed Italian coachbuilder, Zagato, Dubai was the start of celebrations to mark its centenary, as P Zero World was opened.

In Dubai – and in the UAE in general – the passion for sports cars also extends to the servicing and replacement choices motorists make, Pirelli continues: homologations and marked tyres are therefore strategically important, as supercar owners tend to buy marked tyres – tyres designed specifically for the cars they are fitted to – whenever a change is needed. Pirelli refers to this strategy as the ‘Perfect Fit’. Pirelli’s marked tyres are the product of a two-three year shared development programme between Pirelli and the car-makers in question, with the final tyre design tailored to the cars they are destined for.

Pirelli P Zero World Dubai (pictured) was the fourth such super centre in the world when it was opened in January 2019. However, the P Zero World Melbourne was opened in November 2019, making the current global total five locations.

The P Zero World shop in Dubai is housed in a new 600sqm building split between the showroom and workshop, featuring five technicians, two salespeople and a receptionist. The shop has four ramps and state of the art machinery, such as laser wheel aligners, completely automated tyre mounting equipment, and “one of the quickest balancing machines” to resolve elusive problems, such as vibrations through the steering wheel.

The store also features a life-size Formula 1 simulator and Italian coffee. A ‘Track Expert’ is also at every customer’s disposal, ready to give advice about car set-up and tire management, as well as specific suggestions when it comes to track driving.

Gaetano Trezza, Pirelli’s head of trade & operative marketing, said: “Pirelli’s retail strategy is focused on points of sale activation, in collaboration with partners who are already active on site. This is certainly the case in Dubai with our distributor Al Hawai, which has worked exclusively with Pirelli for 32 years. Consequently we can rely on a loyal customer base, but above all on the reliability and skill of companies with a passion for our job.

“P Zero World is the jewel in the crown of this strategy, where clients can discover our brand, exclusive products, and services at the highest level in a unique context. Furthermore, customers get the chance to find out more about our partner brands, which helps us to create an atmosphere that sets P Zero World apart from any other tyre facility. Next up is the opening of P Zero World in Melbourne, Australia.”