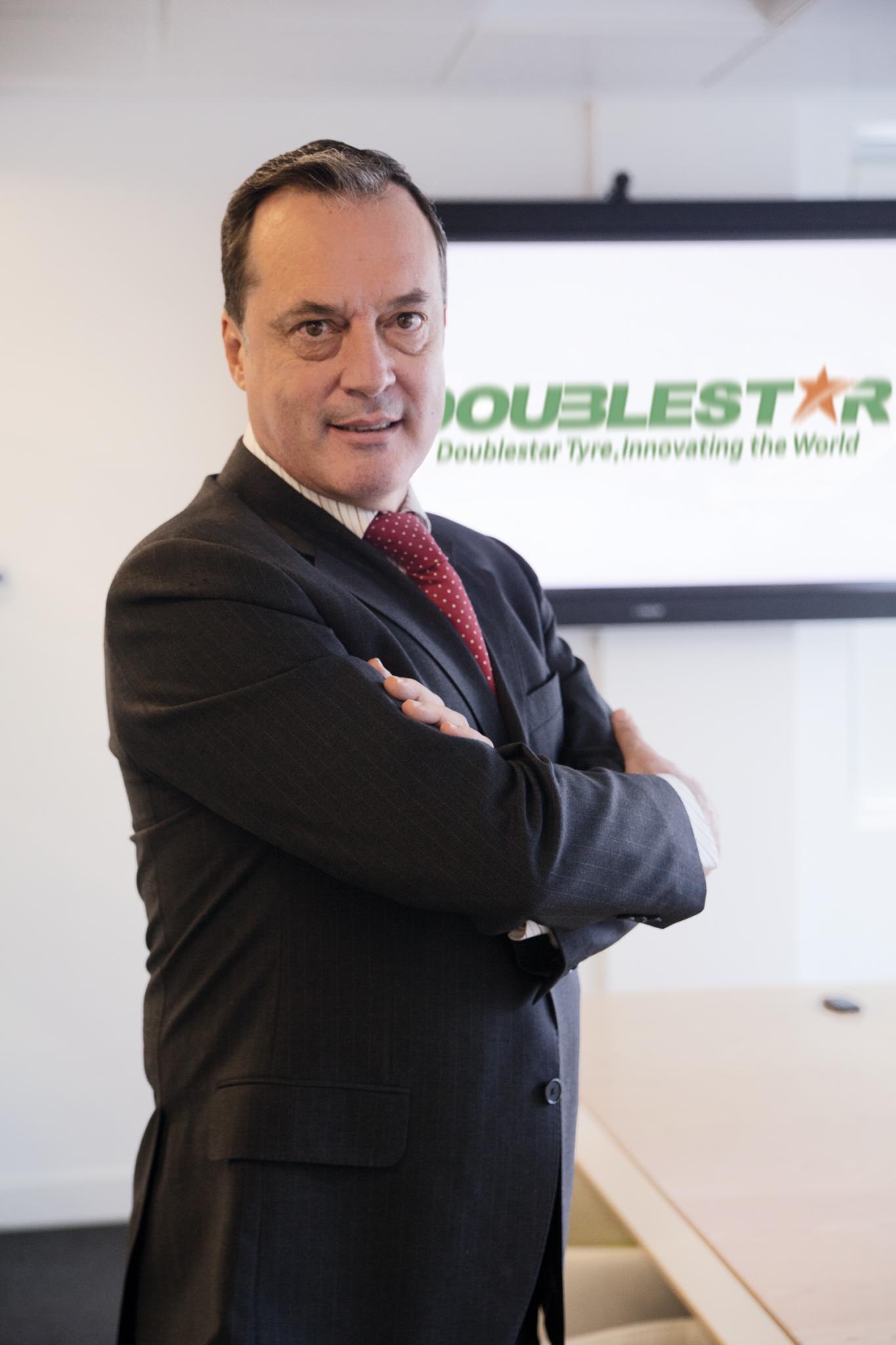 Qingdao Doublestar Group, recently named Antonio Smith Montero as general director for the company in Spain and Portugal. With this announcement the company, which recently acquired Korean manufacturer Kumho Tire and is well-known for its Doublestar, Crossleader and Aosen brands has underlined its commitment to the Iberian tyre market.

Antonio Smith commented: “This for me, is an honour and a challenge that the main tyre manufacturer in China has placed its faith and confidence in me to distribute and market its brands across Spain and Portugal. I have confidence in the fact that over the coming months, Doublestar’s tyres will become recognised in the Iberian market as a product that delivers high levels of trust and safety. We want to apply the motto of the company and ‘build the safest passenger tyre brand in the world.’” Additionally, he emphasised: “we have important expansion plans for the group brand in Spain and Portugal that we are eager to make public.”

In this regard, Antonio Smith has further stressed that Doublestar’s products are manufactured in line with the requirements of European labelling, with attractive tyre designs, through the most modern production standards as shown by its state-of-the art intelligent 4.0 manufacturing plant.

As we have seen, in July 2018 Qingdao Doublestar Group completed the acquisition of a 45 per cent stake in the Korean tyre manufacturer, Kumho Tire Co. Inc. Doublestar and its Korean sister company Xingwei Korea Co. Ltd. signed a contract in April with the Korea Development Bank in order to purchase a stake of KDB in Kumho Tire worth US$ 607 million. With that, Doublestar became the major shareholder in Kumho Tire, while KDG and other creditors of Kumho will continue being the second major shareholder in the company, owning a 23 per cent share. The remaining 22 per cent of Kumho Tire will stay in private ownership.

Doublestar is a 97-year-old Chinese tyre manufacturer, which is the only state-owned listed tyre company in the Shandong province of the People’s Republic and chair of the tyre branch of the China Rubber Industry Association (CRIA). As a result of recent expansion and acquisition efforts, Doublestar has now become an international enterprise group with the integration of tyre manufacturing, smart equipment and logistics as well as “the cyclic utilisation of waste rubber” key parts of its ongoing strategy.

B2C tyre business: Pneo throws its hat into the ring