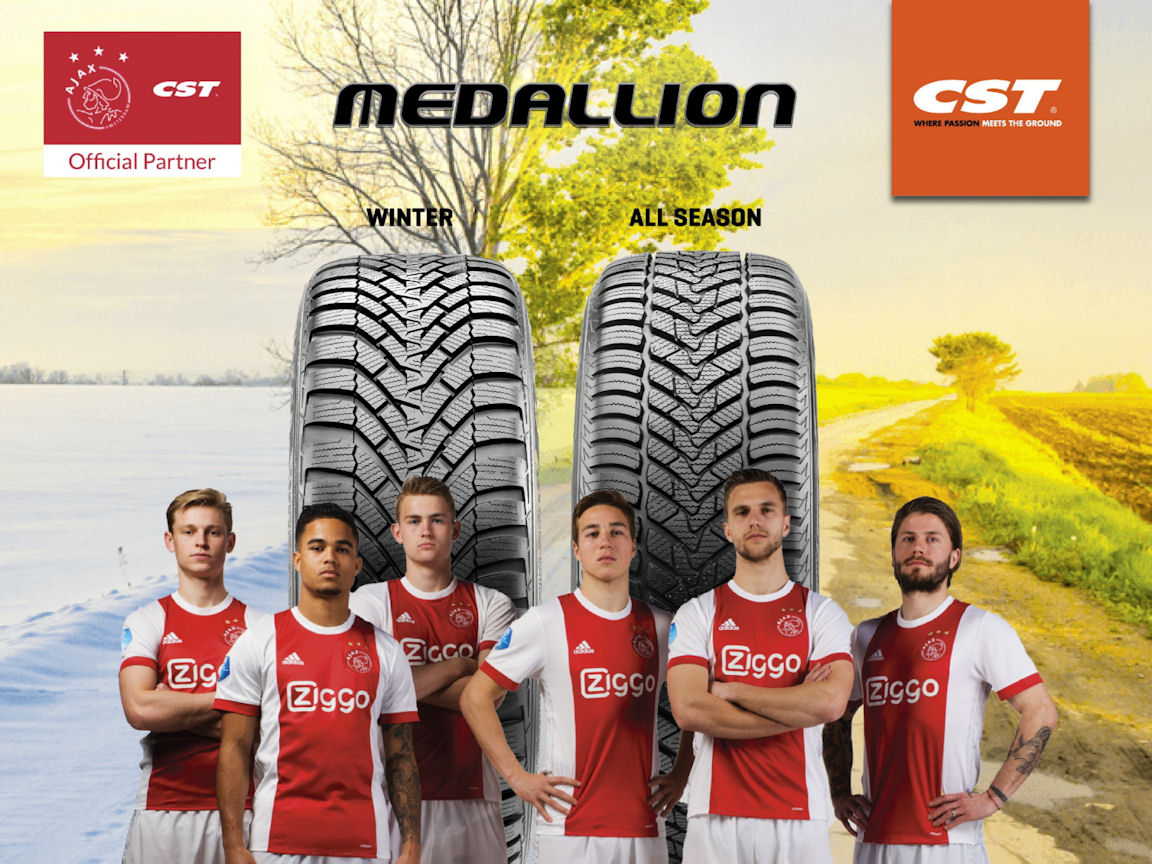 The Ajax Amsterdam connection promotes CST car tyres, which are sold in several European markets, as well as bicycle tyres

CST has extended its sponsorship of Dutch football club Ajax Amsterdam for a further three years until the end of the 2020-21 season. The Cheng Shin Tire brand’s connection to the club dates back to 2013, and their partnership was expanded two years later. The current arrangement sees CST represented by in-stadium advertisements, logos on the Ajax Amsterdam team bus as well as through diverse promotions and social media campaigns for CST car and bicycle tyres.