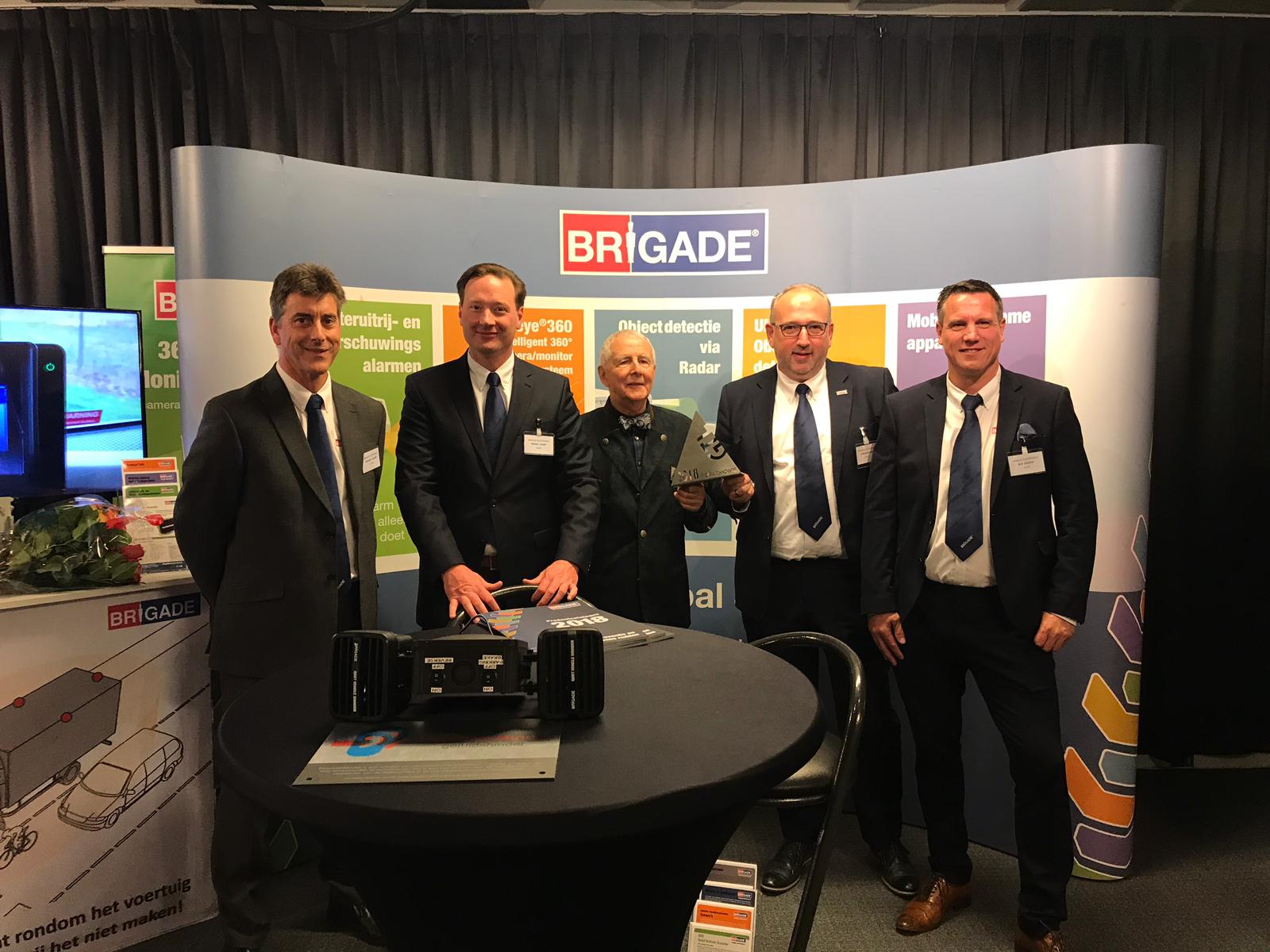 Brigade Electronics has won a Living Environment Award at the 22nd edition of the Sound, Vibration and Air Quality conference in Hoevelaken, Netherlands.

The QVS from Brigade Electronics has been specially developed for electric and hybrid vehicles to emit sound, warning pedestrians that an electric vehicle is approaching. When these vehicles travel at speeds below 20 km/hr, they are almost silent. Research has shown that electric and hybrid vehicles are 37 per cent more likely to be involved in accidents with pedestrians than conventional cars.

Utilising its multi-frequency patented bbs-tek technology, Brigade’s QVS creates a highly directional and instantly locatable warning sound at low speeds, easily recognizable as a vehicle. The sound can only be heard in the danger zone directly in the path of the vehicle and is quickly located by a vulnerable road user. QVS deactivates above 20MPH to minimise noise pollution, this is also the speed at which kinetic sound from tyres becomes audible

Christopher Hanson-Abbott OBE, chairman and founder of Brigade Electronics Group together with Huib Slijkhuis, managing director of Brigade BV in the Benelux, received the award during the first day of congress at the Expo in Hoevelaken, Tuesday 6 November.

Chris Hanson-Abbott has been closely involved in the development of QVS. Eight years ago, Chris Hanson-Abbott and Brigade presented a proposal for silent vehicle problems to CLEPA (European Association of Automotive Suppliers) at the headquarters of the United Nations in Geneva. He also worked closely with the Noise Abatement Society and since 2010 has been involved in the QRTV working group (Quiet Road Transport Vehicles). In 2017 the standard was finally approved and Brigade was able to finalise the development of the QVS.  Demos are already taking place across Europe and the US with the official launch date being mid-March 2019.