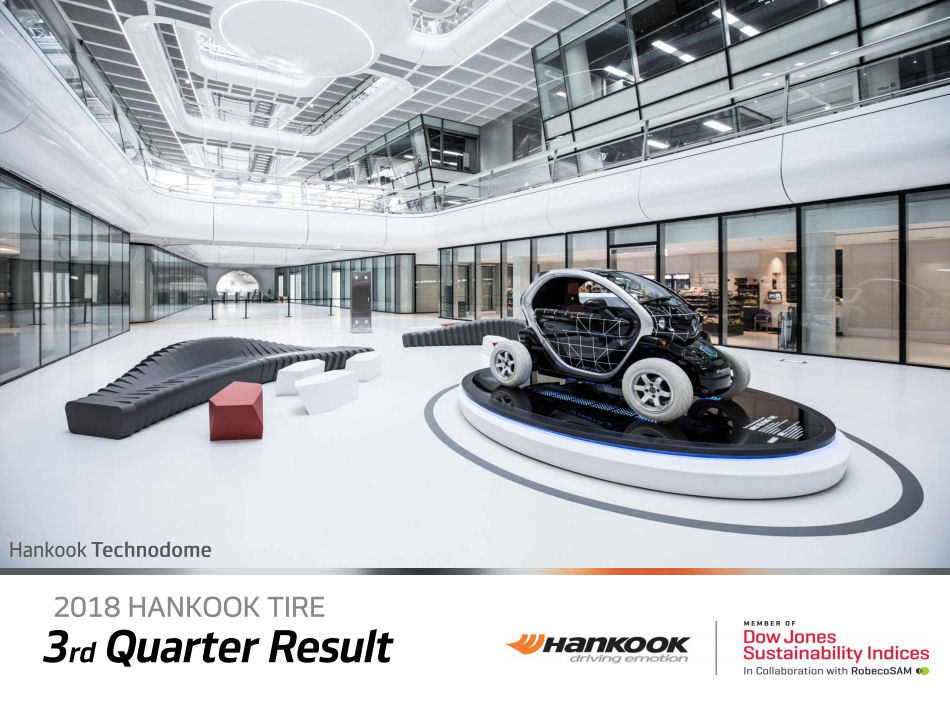 Sales of tyres for rim diameters exceeding 17-inches increased 4.5 per cent year-on-year and accounted for 52.0 per cent of all passenger car tyres sold.

The tyre maker says lower original equipment tyre volumes and start-up costs at its plant in Tennessee, USA were factors contributing to its lower year-on-year operating profit result in Q3 2018.

European sales were slightly down, declining 1.9 per cent year-on-year to KRW 625 billion (£427.2 million). This decrease came despite “continued stable” growth in the replacement market; original equipment sales were down as new WLTP regulations affected vehicle production. Sales of higher margin 17-inch and higher rim diameter car tyres accounted for 40.5 per cent of the total, up from 39.7 per cent a year earlier.

As a result of its third-quarter results, Hankook Tire has revised its full-year 2018 guidance. The company now says 2018 sales and operating profit margin will be “under” the KRW 7 trillion (£4.8 billion) and 11-12 per cent it estimated when reporting its Q2 2018 results, however no mention was made regarding how far under these figures its full-year figures are now expected to be.