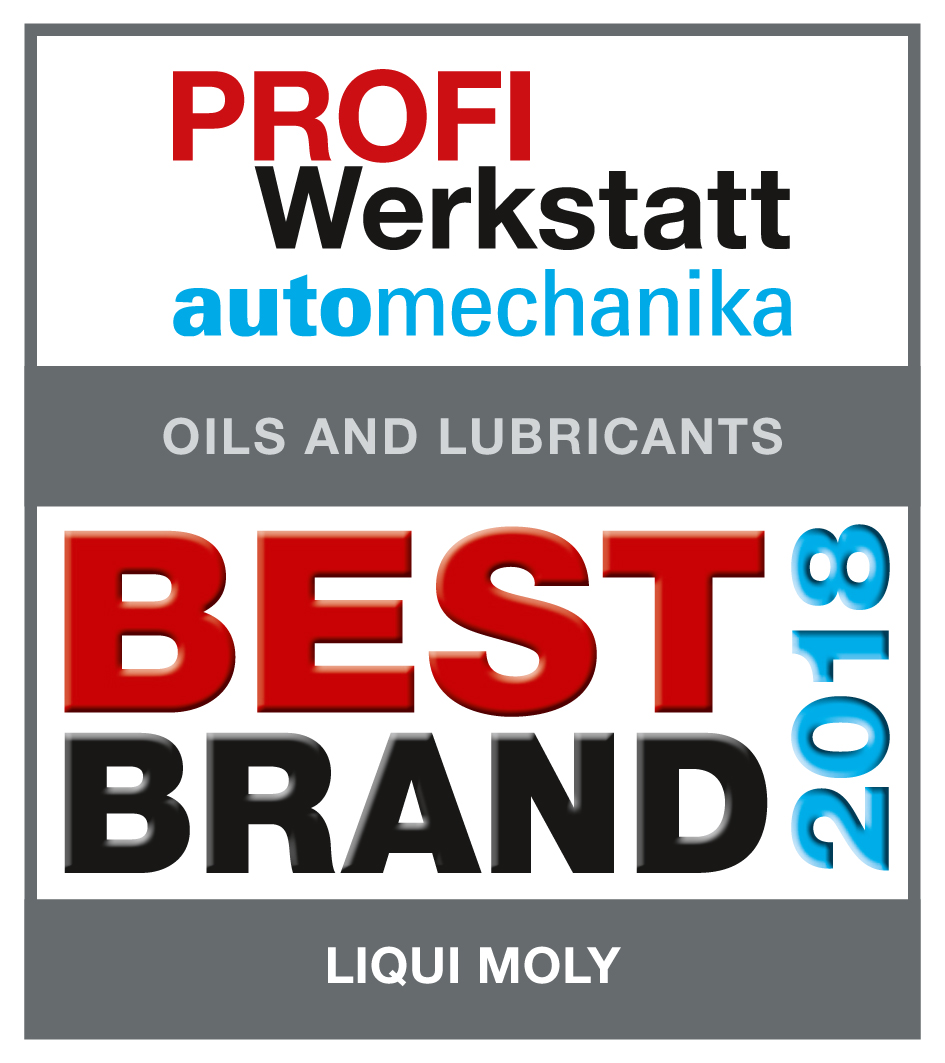 The readers of German trade journal Profi Werkstatt have chosen Liqui Moly as their favourite commercial vehicle oil for the third time. The company was awarded “Best Profi Werkstatt brand” in the oil and lubricant category at Automechanika Frankfurt. In so doing, the automotive chemical specialist defended its leading position by gaining its third readers’ choice award from a Huss publication.

“Third selection, third victory – it doesn’t get any better,” says Peter Baumann, responsible for Liqui Moly marketing globally. He accepted the award for Best Profi Werkstatt brand at Frankfurt’s biennial aftermarket and garage supplies trade show. Since 2014 Huss publications has asked the readers of its specialist publication Profi Werkstatt to vote and uses the event to host its award ceremony. Liqui Moly has been part of the prize list since then.

The lubricant specialist has won seven readers’ choice awards, including those of the largest German automotive magazines. But nothing is taken for granted: “Each year we are excited to see if we can defend our title,” the marketing director explains. “In the end, this is an honour for the entire Liqui Moly team because everyone contributed to make it a success.

“The readers of a specialist title like Profi Werkstatt are, in point of fact, professionals who come into contact with the products they are voting for in their day to day work. For this reason the title means a great deal to us.”

The awards presented more than 200 brands to choose from in 22 categories. In total over 20,000 votes were cast. This range highlights the role that brand plays in the purchase decision. Baumann concludes: “It gives orientation, adds an emotional benefit to product selection and builds trust.”