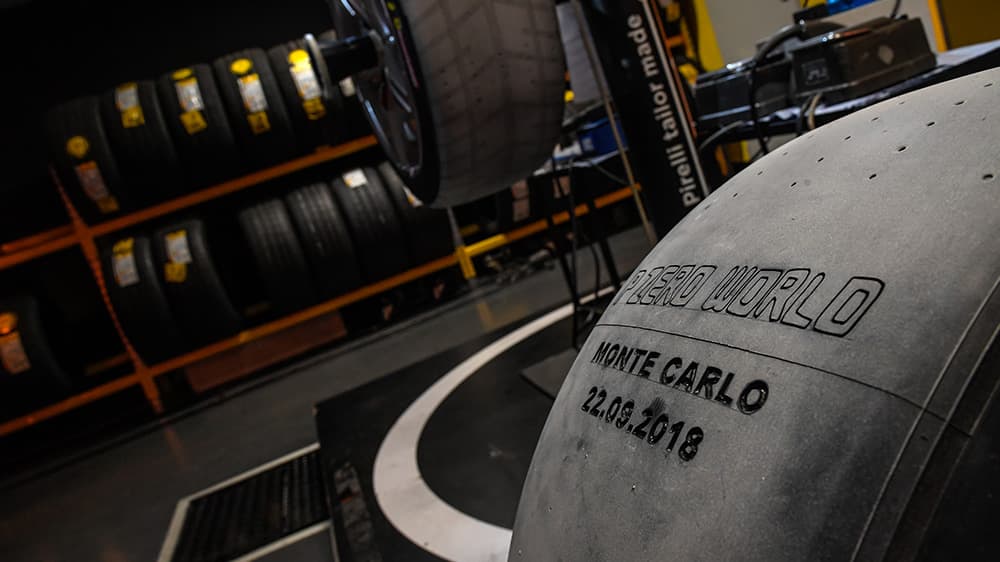 Pirelli says the choice of Monte Carlo as the location for the third P Zero World was an easy one, as the Principality is the de facto European capital for sports and luxury cars

A new P Zero World – the second Pirelli has set up in Europe and just the third worldwide – has opened a few metres away from Portier corner on the Monaco Grand Prix circuit. The outlet’s opening was celebrated by a parade of more than 40 supercars taking part in the first-ever P Zero Road Experience held on public roads, and the inauguration of P Zero World in Monte Carlo also hosted the world debut of the latest creation from MV Agusta and Pirelli Design.

Pirelli says the choice of Monte Carlo as the location for the third P Zero World was an easy one, as the Principality is the de facto European capital for sports and luxury cars. The outlet is located underground, opposite an area where a six-hectare artificial island is springing up, giving life to a new floating district of Monaco. The new P Zero World occupies a space of 900 square metres and in addition to tyre fitting, it offers car owners car valet and car Waxguard treatment services. The centre also displays the entire Pirelli tyre range, from motorsport products such as the P Zero Trofeo R, to tyres for motorbikes, bicycles, and Pirelli Collezione tyres for classic cars.

“The P Zero World concept is based on four principal elements: product, service, technology, and brand: thanks to which Pirelli has been able to claim leadership in the high value sector and consolidate relationships with the principal car manufacturers of the world,” explains Gaetano Trezza, Pirelli’s head of trade and operative marketing. “P Zero World represents the DNA of our company to the maximum effect, offering a unique customer experience thanks also to cutting-edge digital technology. Now our positioning in the market is underlined by another new flagship store in Monaco. After Los Angeles, Munich and Monte Carlo, the Emirates is our following destination, with the opening of our next P Zero World in Dubai.”

Matthieu Brinon, chief executive officer of Pirelli France, adds: “Pirelli’s decision to open the third P Zero World in Monaco integrates perfectly with Pirelli’s retail development strategy in the French market. This is a market that is growing significantly in the high value sector: 18 inches and higher, which has more than doubled in the last four years. Seen in this context, P Zero World is a perfect way for Pirelli to unite end-users in spaces dedicated to high value and bespoke services, where Monte Carlo and the Cote d’Azur is a natural fit.”

Presented for the first time at the Monte Carlo branch opening, the Dragster 800 RR Pirelli is the latest joint effort from MV Agusta and Pirelli Design. The special edition motorcycle is characterised by a unique colour scheme from the Centro Ricerche Castiglioni and Pirelli Design. The Dragster 800 RR Pirelli also marks a first in Pirelli Design’s partnership with MV Agusta, as this time it didn’t only work on the bike’s aesthetics – it also had a hand in functional aspects of its design. The fuel tank guard and fairing protection were made out of rubber specifically designed by Pirelli’s research and development department to resist the scrapes and scratches that these areas are routinely subject to, as well as atmospheric and chemical damage from petrol and other substances. The Dragster 800 RR Pirelli is shod in Diablo Supercorsa SP tyres with coloured sidewalls to match the bike’s bodywork.