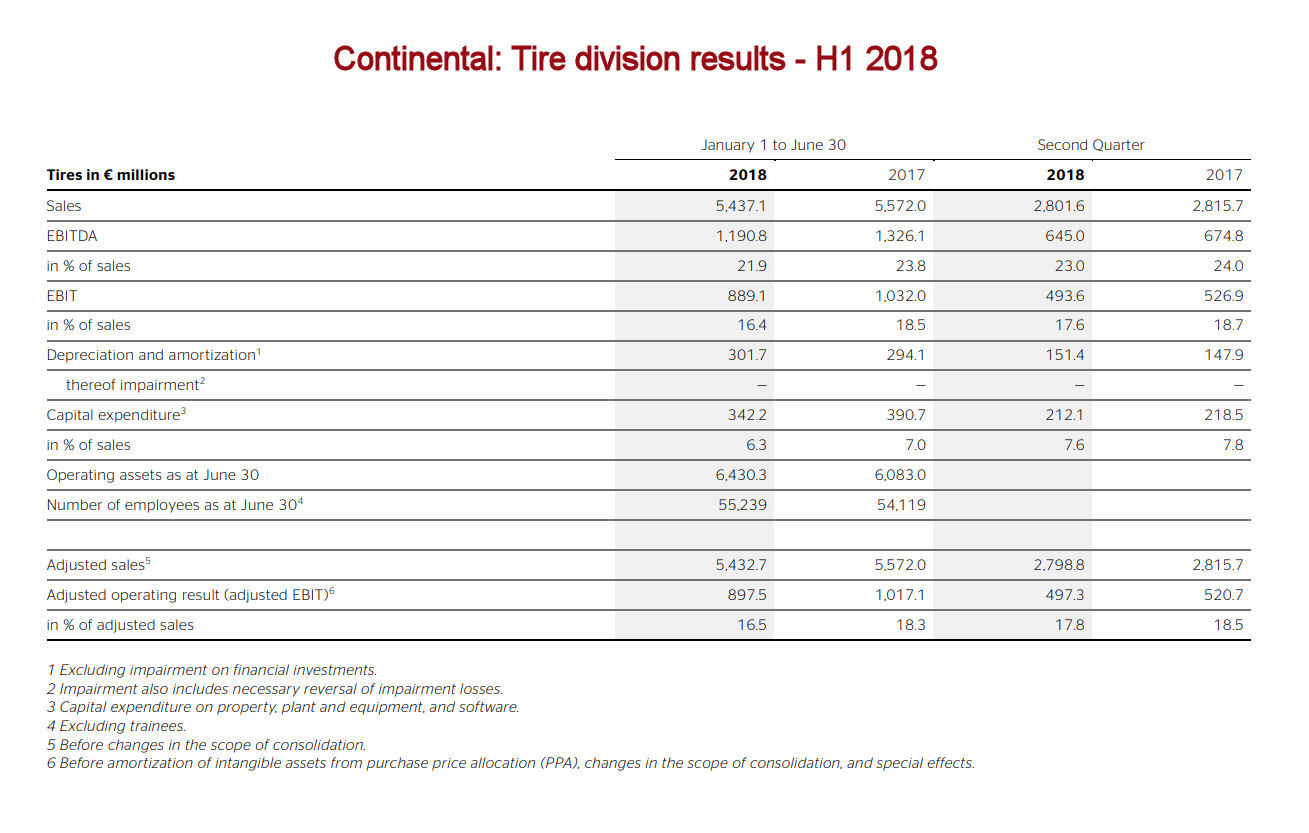 Although company sales and income were up during the first half of 2018, there was little to celebrate within the Tire division at Continental. Division sales volumes, sales and EBIT all decreased year-on-year in the six months to 30 June.

Continental estimates that worldwide demand for replacement market car and light commercial vehicle tyres grew two per cent year-on-year in the first six months of 2018. This result outstrips the Continental experience; the company reports that sales volumes for its products within this segment, both aftermarket and original equipment, were “down slightly year-on-year.”

It was a similar story in the medium and heavy commercial vehicle tyre market; although global replacement sales volumes for this segment are said to have increased two per cent year-on-year in the first half, Continental reports that sales volume figures for its commercial vehicle tyre business (both original equipment and aftermarket) were two per cent lower than the “high level” experienced in the same period of last year.

Adjusted EBIT for the Tire division in the first half decreased by 11.8 per cent year-on-year, to 897.5 million euros. This corresponds to 16.5 per cent of adjusted, as opposed to 18.3 per cent in the first six months of last year.

Full details of Continental’s financial results in H1 2018 can be read here.