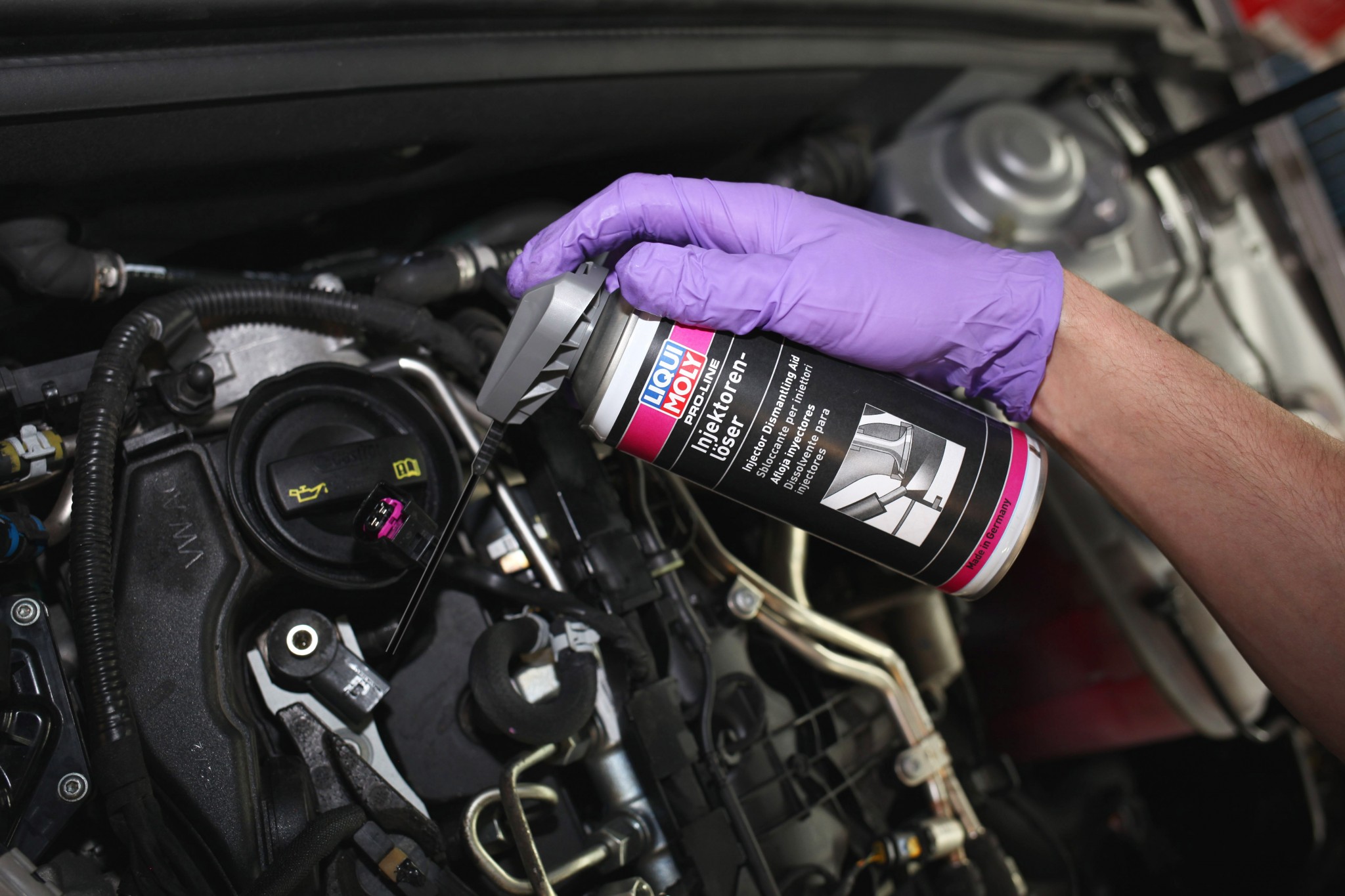 Removing injectors can require a feat of strength, as hardened combustion residue sticks them to the engine. Rather than use mechanical force, additives and lubricants supplier Liqui Moly says it is much simpler to remove by means of chemical intelligence. The company’s Pro-Line Injector and Glow Plug Dismantling Aid were developed precisely for this purpose.

Liqui Moly application technician, Reiner Schönfelder explains why injectors are so hard to remove: “Combustion gases, fuel vapours and oil mist escape from damaged seals. They form a tar-like, glass-hard residue in the attachment shaft of the injector, causing an apparently insoluble problem.”

If you try to remove this residue with a tool, components can get damaged – not least the injector itself. The result is an increase in the time and cost involved. Liqui Moly’s Pro-Line Injector and Glow Plug Dismantling Aid contain a special solvent developed precisely for this purpose. After a reaction time of 15 to 30 minutes, it softens the caked resins, oil residues and dirt crusts. The soiling is then easy to remove and the injector can be effortlessly removed, without damage.

In the case of stubborn deposits, Schönfelder recommends allowing the Injector Dismantling Aid to take effect overnight. It works not only with injectors but also when removing glow plugs, too.

To avoid the problem in the first place, Liqui Moly adds that the Pro-Line Injector and Glow Plug Grease can be used for installation purposes. This high-temperature paste prevents solidification and galling, as well as providing protection from corrosion.

WAI-Marathon distribution agreement up and running