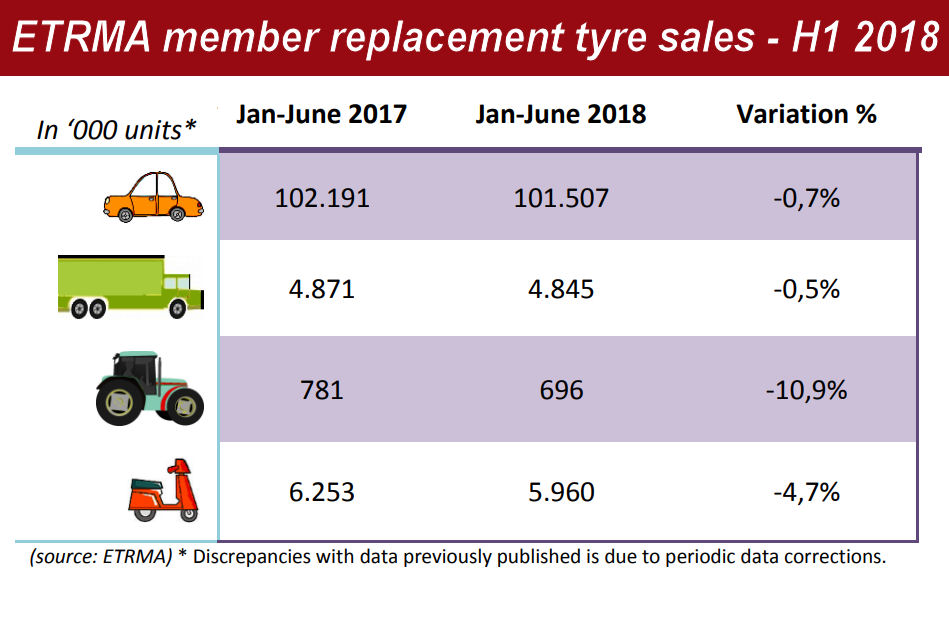 The second quarter of 2018 saw sales of replacement market car and truck tyres in Europe rise year-on-year, however this improved result didn’t quite suffice to lift sales figures for the first half of the year above the H1 2017 result.

According to figures published by the European Tyre and Rubber Manufacturers’ Association (ETRMA), its members sold 102.19 million replacement car tyres in the six months to 30 June, 0.7 per cent less than during the same period of 2017. First quarter sales came to 52.35 million tyres, six per cent lower than a year earlier, while 49.15 million tyres were sold in the second quarter of 2018, 5.4 per cent more than the corresponding period in 2017.

Two-wheeler tyre sales amounted to 5.96 million units in the first half of the year, 4.7 per cent less than a year earlier. Sales declined 10.2 per cent year-on-year in the first quarter, to 3.32 million tyres, while in the second quarter they were, at 2.64 million tyres, 3.3 per cent higher.

Out of this world – Goodyear plans ISS tyre study