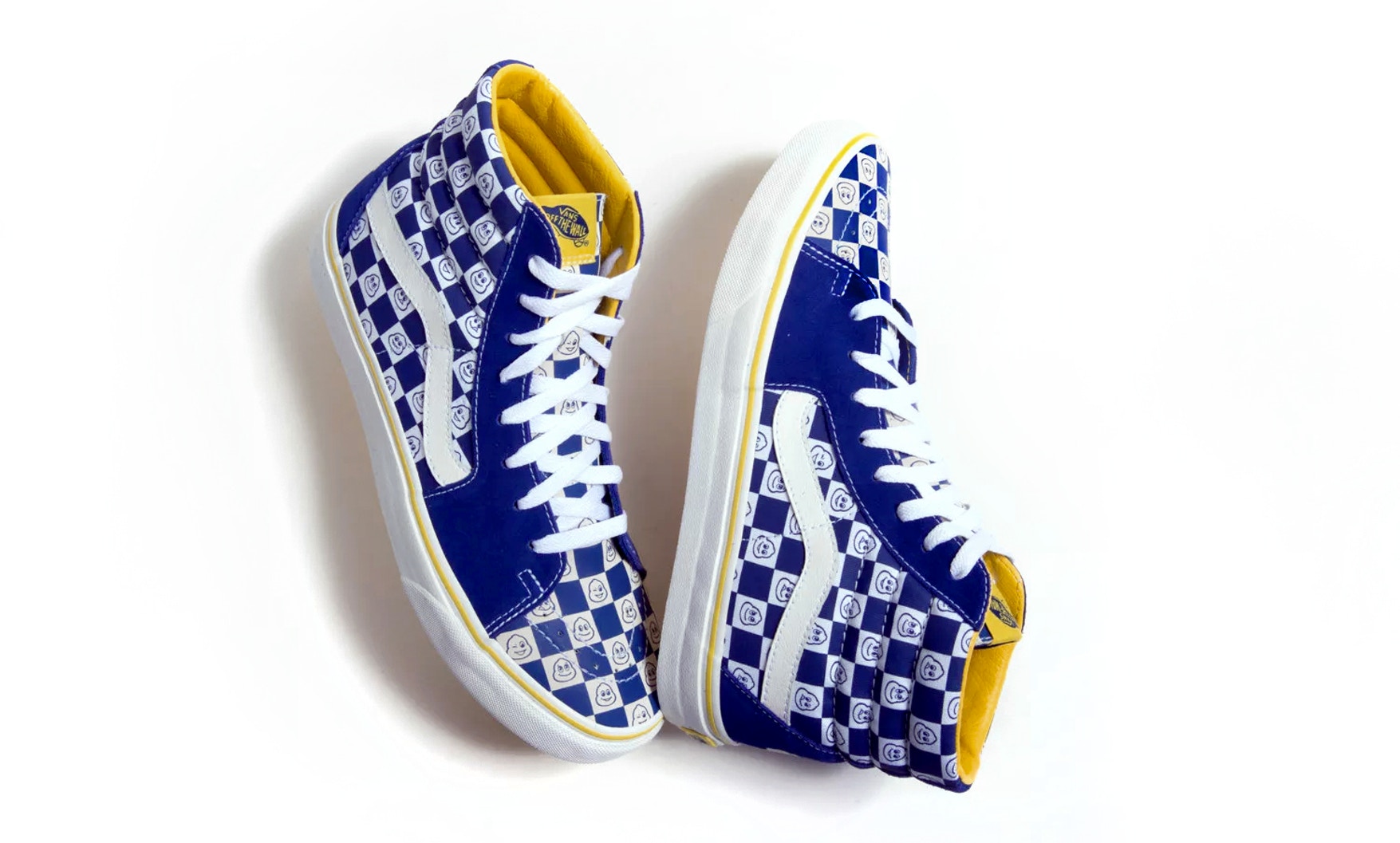 In the US, Vans has team up with Michelin to produce a limited-edition range of the shoemaker’s Sk8-Hi and Old Skool models. Both boast a blue and white checkerboard print upper featuring Bibendum’s face in the white cells, as well as “bright yellow accents at the tongue tab, inner lining and foxing”.

The Michelin x Vans project was made to help promote safe driving, specifically bringing awareness to issues such as unsafe tread and over/under-inflated tyres. According to Michelin, data shows that 40 per cent of teenage drivers are running on tyres that could be unsafe. In addition, 300,000 of 2.2 million yearly accidents in the US involve teens driving with faulty tyres.

Only 100 pairs of the Michelin x Vans sneakers will be available via Michelin’s Street Tread social media-based competition.