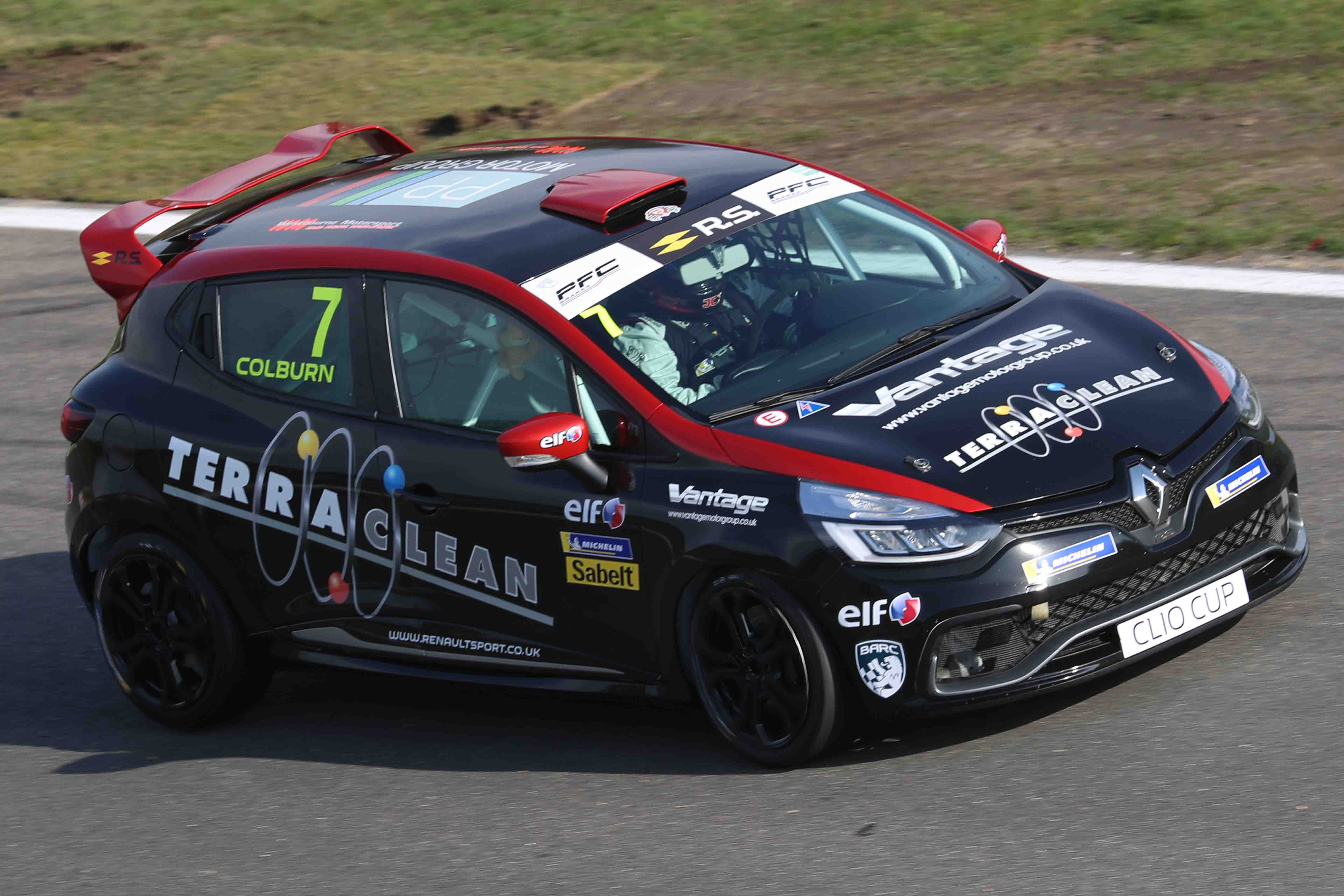 Double BTCC champion Colin Turkington snatched second place in Sunday’s opening race of the season, with James Colburn also coming through for second in a thrilling finish in the first Renault UK Clio Cup race of the year.

Chasing a third title success in the championship, Team BMW’s Turkington was classified 27th in race two after suffering an engine issue on the start line and finished ninth in the day’s third race, setting the fastest lap in the process.

Meanwhile, James Colburn proved his title credentials on a weekend of mixed fortunes for the Westbourne Motorsport driver, who stormed to second place in front of a capacity crowd.

The 2011 runner-up was praised for his consistent performance, starting with a strong set of results in free practice on Friday, to claim second place in Sunday’s live ITV4-televised race. This, despite finishing seventh in practice thanks to a red flag and being forced to retire in race two, due to debris on circuit from another incident dislodged a drive belt, causing the car to overheat.”

Both drivers now head to the second meeting at Donington Park in three weeks’ time (28-29 April) with renewed confidence and exciting prospects for the rest of the season.

Phillip Dowd, Randstad sales director, said: “What an excellent start to the season for both of our drivers – if this is just the beginning, then we’re in for a fantastic ride ahead. We wish both Colin and James every success for the next race and look forward to supporting them trackside again in a few weeks’ time at Donington.”