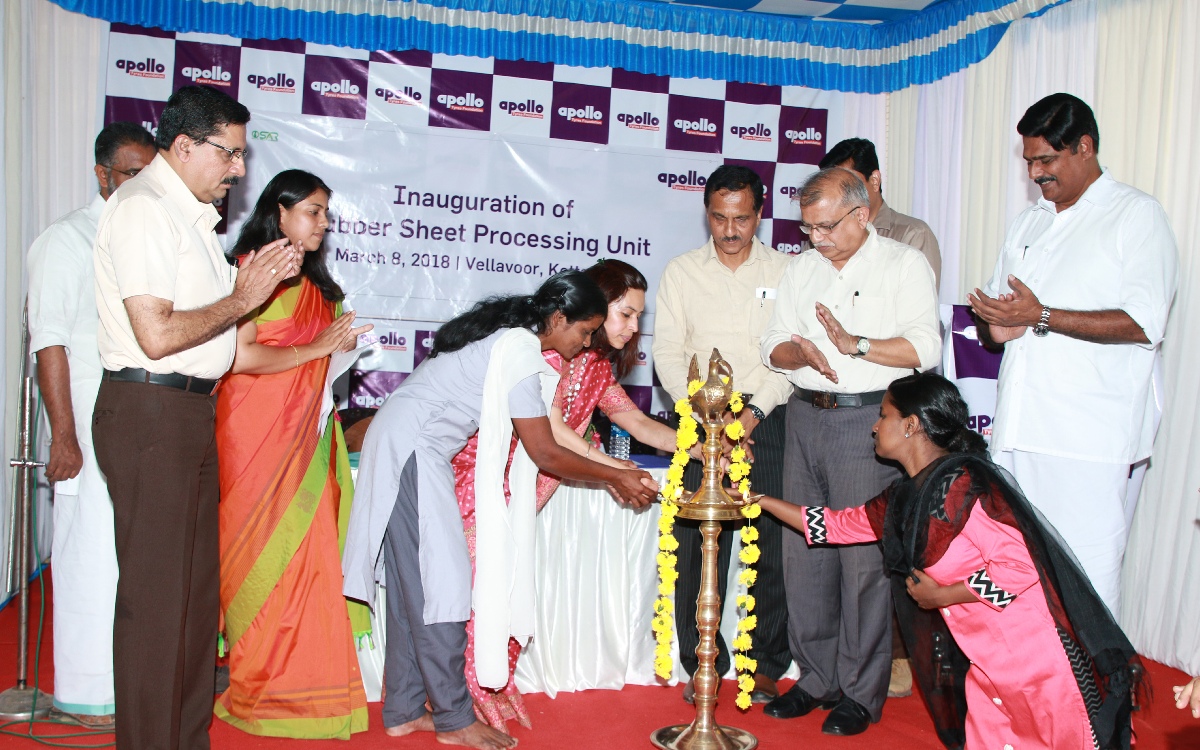 To mark the occasion of International Women’s Day, Apollo Tyres has inaugurated a rubber sheet making unit at Vellavoor Panchayat in Kottayam, Kerala. Established with the help of one of company’s reputed Suppliers, the unit was inaugurated by Adv S Jayasooryan, vice chairman, Rubber Board of India in the presence of the Panchayat President, other Rubber Board members and the team from Apollo Tyres.

The Rubber Sheet Making Unit will be run by a group of women, who have been trained by Apollo Tyres, in association with Rubber Board of India, on rubber tapping, sheet making, sheet smoking and general entrepreneurial skills. They have also been linked to the rubber dealers to directly market their produce from this unit. According to the company, Apollo Tyres initiated this project with the objective of empowering the women and increasing their family income, in addition to getting better quality rubber sheets as raw material for the business.

In the last two years, Apollo Tyres has reached out to nearly 600 women in Kottayam, who had very little or no income, and provided them with alternate sources of livelihood. These women have been trained in jackfruit processing, mushroom cultivation, aqua culture, organic farming and apiculture. In addition, the company has been providing healthcare facilities by conducting regular health camps and specialised cancer screening camps for around 500 rubber tapper’s families.

This initiative is a part of Apollo Tyres’ Women Empowerment Programme, which is targeted towards providing livelihood skills to underprivileged women in and around the company’s manufacturing facilities in Kerala and Gujarat.