You are here: Home1 / News2 / UK News3 / Nearly half of British motorists would change jobs to halt traffic mis... 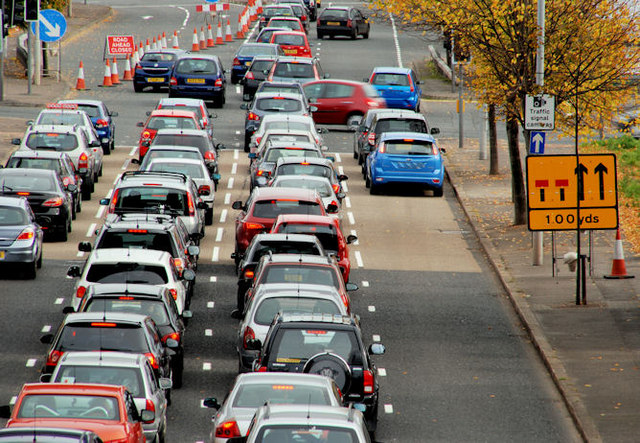 UK traffic volumes are rising at unprecedented rates, and Goodyear Tyres UK has examined the impact the resulting congestion is having on everyday British lives. The stress of getting stuck in traffic is having such a profound impact on wellbeing that nearly half (46 per cent) of those surveyed would consider changing their job as a result. Not only that, but with driverless vehicles promising to alter the traffic equation by making commutes more convenient, 40 per cent would consider giving up their city life to move to the suburbs.

Between April 2016 and March 2017, traffic volumes reached a new record high of 324.3 billion miles in the UK, Department of Transport data shows. Driving speeds in some of the UK’s major cities fell by up to 20 per cent over the last year and commute times are rising. As a result almost one-in-ten (9 per cent) motorists claim congestion has caused them to be the most stressed they have ever been in their life.

The research from Goodyear Tyres UK also highlights the everyday impact of getting stuck in a traffic jam on motorists; nearly two-thirds (58 per cent) have arrived late to work, 37 per cent claim they have sworn, 15 per cent admit to making rude hand gestures, and four per cent admit that traffic has made them cry.

Some British drivers are able to see the brighter side of getting stuck in a traffic: 28 per cent spend this ‘lost’ time singing in-car karaoke, 26 per cent catch up with the kids on the back seat and almost a quarter (24 per cent) talk to friends and family via handsfree. The research also reveals that 17 per cent use the time to plan their meals for the week.

Kate Rock-Rees of Goodyear Tyres, comments: “With autonomous vehicles promising a future where passengers are free to maximise their travel time, it’s no surprise that Brits are willing to give up what can be a hectic city life in favour of a more relaxed commute.

“The incentives to live in the suburbs look set to increase and could have a significant impact on the make-up of our cities of the future. Our research reveals that almost one-in-five motorists believe the main benefit of using a driverless car would be the convenience of not having to park. Inadequate parking wastes a fifth of car spaces [according to Direct Line Car Insurance research], so we could end up seeing cities with more parking space, relaxed commuters and as a result, greater levels of wellbeing, simply by taking the stress of parking and commuting away from drivers.”

Research for Goodyear was conducted by 3GEM Research & Insights of 2,000 British motorists.