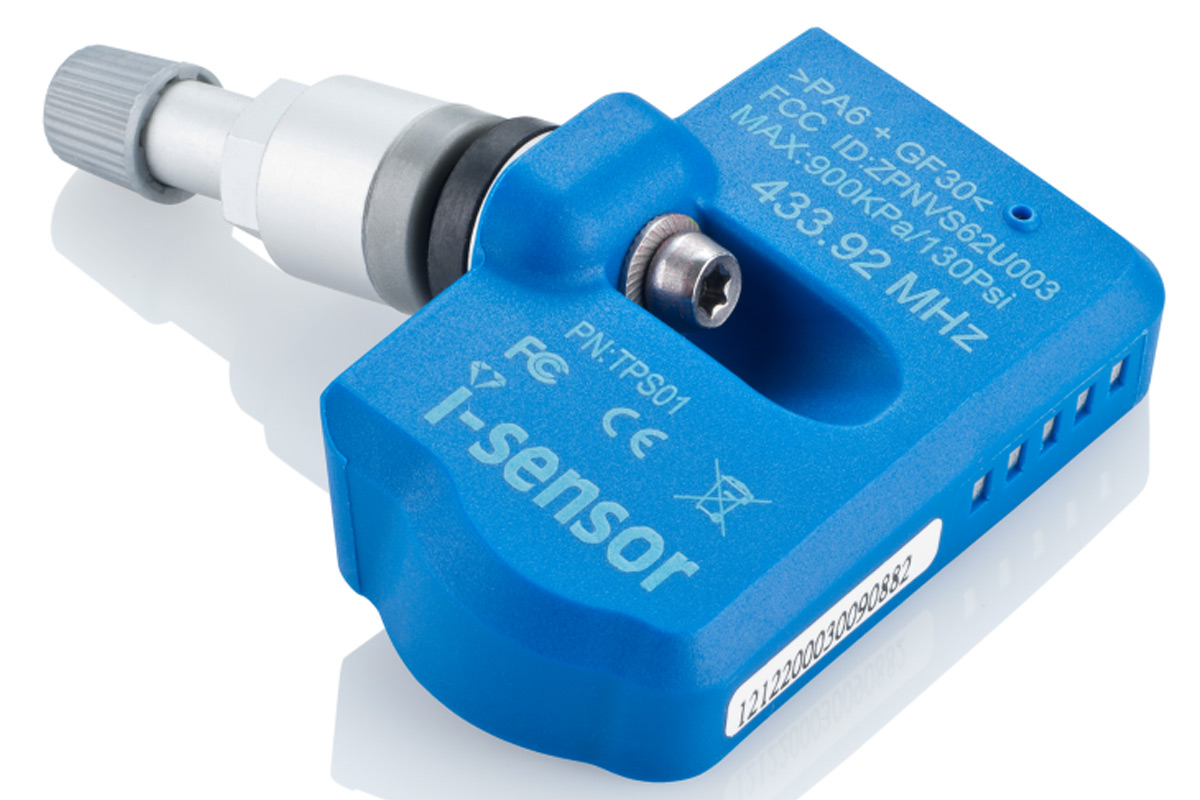 Not only is TPMS a “Terrific Profit-Making System”, Stapleton’s partnership with Autogem means dealers have access to whole-market coverage (i-Sensor can reportedly replace 98 per cent of the OE sensors in the market)

Stapleton’s aims to give retailers the edge

When it became a legal requirement for all new vehicles produced and sold in Europe to be fitted with TPMS (Tyre Pressure Monitoring System) back in November 2014 the concept was still unfamiliar to the majority of motorists. In the main it was drivers of early adopter, generally high-end, marques such as BMW and Mercedes who got the benefits in terms of enhanced safety, tyre life and fuel economy. Indeed, even three years ago those manufacturers had been fitting TPMS as standard for more than two decades.

So the safety benefits have been clear for many years – as well as reducing the risk of potentially fatal high-speed blow-outs, TPMS can reduce stopping distances and the risk of aquaplaning. And of course they can also save drivers money by cutting fuel consumption significantly and increasing the tyre’s lifespan (by ensuring you have the correct air pressures). Even after all this time, though, the evidence suggests that some UK motorists are still struggling to get into the habit – as an eight-year-long Michelin survey of 23,000 UK motorists discovered Rather shockingly, 62 per cent of those drivers’ tyre pressures were incorrect – and of those 37 per cent were dangerously so!

Not only were the participants in the survey wasting money through higher fuel consumption and tyre wear – they were also courting danger as handling deteriorates and tyres overheat.

So what does that mean for tyre retailers? Steady, long-term revenue opportunities is the answer, now as it was back then, even though the market is now a more mature one for what has become as much a part of the modern vehicle as the seatbelt.

With this in mind, some suppliers and partners have been more proactive than others when it comes to investing in retailers TPMS capabilities. “From the word go, we were quick to alert our retail partners to the huge new revenue opportunity the introduction of compulsory TPMS represented – and still represents,” explains Stapleton’s wholesale director Nigel O’Hara. “And now that the TPMS is actually part of the MOT for vehicles first registered/used from 1st January 2012 there’s the additional opportunity to replace, repair or rectify systems that fail the MOT.”

Nevertheless, it’s clear that some MOT stations aren’t clear on which vehicles are included in the mandatory TPMS category – among other criteria, it applies to those with TPMS fitted as standard, with four or more wheels, no more than eight passenger (not driver’s) seats and not to quadricycles.

“I recently had to ask a tester to open his digital manual and then had to take him to the page of the manual to prove it to him,” comments Autogem’s Darren Hartley.

Last year Nigel O’Hara pointed out that Stapleton’s “…did lots of research so our retail partners wouldn’t have to – and to help them get their operation up and running we put together our comprehensive TPMS Starter Packages built around the range of i-Sensor products from Autogem, whom are arguably the market leader specialising in TPMS, whose outstanding all round knowledge of the TPMS market, product quality and overall market coverage inspired us to forge a working partnership.”

He went on to explain that, “One i-Sensor can replace 98 per cent of the OE sensors in the market, and with professional training and technical support available to all retailers who purchase through Stapleton’s, our TPMS packages make it efficient, affordable and pretty much effortless to get up to speed.”

And, in the rapidly maturing market, that’s still the case. In fact now there are some 24 different kinds of OE sensor on the market, i-Sensor covers 119 of the 121 OE sensors so it’s still a ‘no brainer’ for the retailer. What’s more, far more new vehicles these days comes fitted with Direct TPMS – which is great news since these sensor-based systems are precisely the ones the Autogem’s i-Sensor’s are designed to replace.

“There are some exciting new developments too – and with them come new opportunities,” O’Hara added: “We’re seeing more and more Rubber Valve TPMS sensors entering the market lately. They’re featured on most Ford and Vauxhall vehicles and increasingly on those of other brands too – and that’s another revenue opportunity for our retailers…

“We’re constantly talking to our retail partners in search of new ways to help them become even more competitive – and exploiting the profit potential of TPMS is just one of them,” O’Hara concluded.

Autogem aim to give ‘confidence at the coal face’