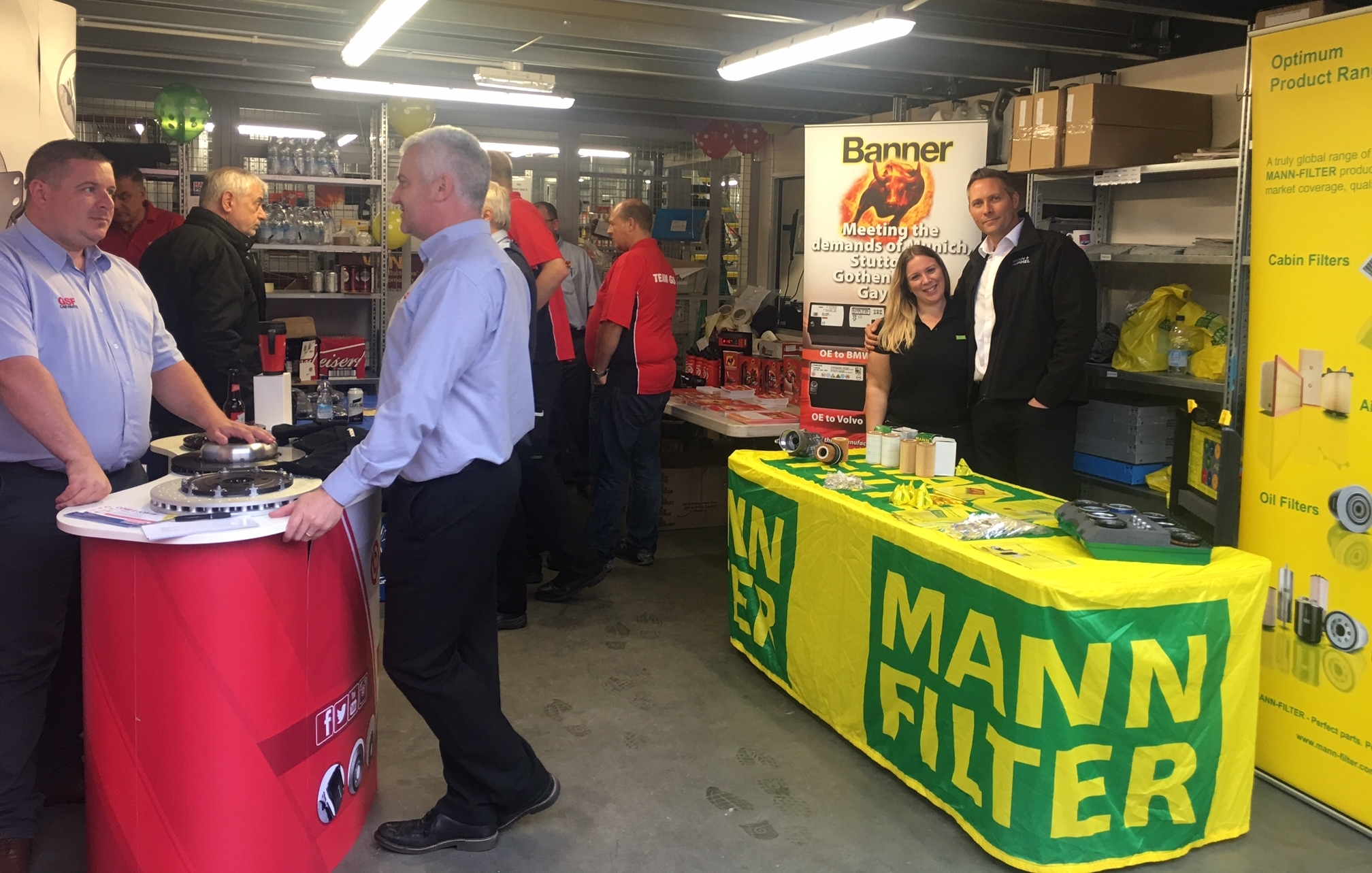 The latest GSF Car Parts trade evening drew an impressive turnout of garage owners and technicians to the national motor factor’s Harlow branch for an open evening on 2nd August, despite heavy rainfall.

The weather didn’t dampen spirits for guests who were eager to get the latest tips and advice from supporting suppliers, which included the likes of MANN+HUMMEL, Bosch, Schaeffler, Brembo, ZF, TRW and Cataclean.

“The weather was typical of a British summer’s day but everyone had a great time, with many staying until 9.30pm to eat, drink and catch up on industry developments.” explained Emma Tiernan, GSF regional sales director.

LuK put on another of its outstanding BBQs – albeit under the cover of the Schaeffler gazebo – and guests were in with the chance of taking home some incredible prizes including a barrel of oil, a remote control car, speakers, jackets and overalls.

Emma added: “Harlow has recently strengthened the branch team and the open evening was a fantastic opportunity to reinforce the positive growth in business and to thank our loyal customers.”

The opening evening was the latest in a series of popular events held at branches nationwide. The next trade evening is to be held on the 5th September at GSF Car Parts in Banbury. Garages are advised to contact their local branch for further details.

Trelleborg to demonstrate ‘excellence in extreme environments’ at Stein...