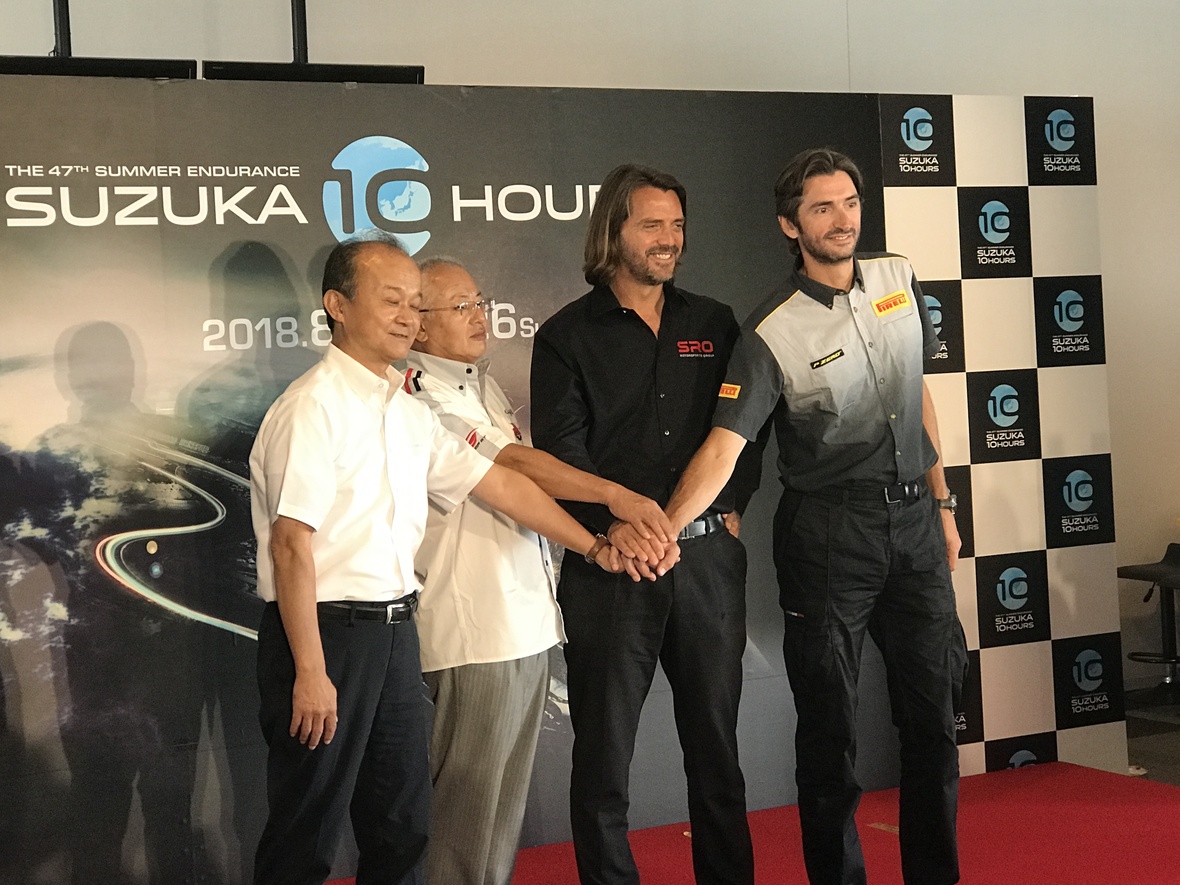 Pirelli has added the inaugural Suzuka 10 Hours to its portfolio of international GT races and championships. The race is scheduled for 23-26 August 2018. The race, featuring GT3 cars, will be the first-ever encounter between Japanese Super GT300 and international GT cars, all running on Pirelli P Zero tyres on one of the most exciting and demanding circuits in the world. Pirelli states that its association with the world’s most prestigious car brands, and premier championships such as the Blancpain GT Series, contribute to its global leadership in ultra-high performance tyres.

The Suzuka 10 Hours will become the Asian round of the Intercontinental GT Challenge, which already visits legendary venues such as Bathurst in Australia and Spa-Francorchamps in Belgium, as well as the United States and Malaysia.

This ground-breaking race will take over from the long-established Suzuka 1000 kilometres: the biggest GT race in Japan that regularly attracts crowds of 80,000 people. The race will be supported by all the top European car manufacturers as well as a contingent of Japanese manufacturers, with Honda, Nissan and Toyota expected to be represented.

Pirelli won the contract to supply the race against several key competitors thanks to its experience of top-level GT competition, which allows the full range of competitors with varying vehicle architectures to maximise their potential, and the proven speed, reliability and consistency of the P Zero product. The current agreement is for two years from 2018 to 2019.

Pirelli’s motorsport business director Ernesto Garcia Domingo commented: “We’re delighted to partner with this pioneering and exclusive race, which enriches our GT offering even further: reaching out to more territories, fans and manufacturers. The expertise that we have accumulated through supplying the world’s top GT championships and prestige car manufacturers over many years puts us in a perfect position to contribute towards a fantastic spectacle on one of the most thrilling circuits in all of motorsport.”

Audi triumphs from pole on P Zero DHD on Hungaroring