You are here: Home1 / News2 / Product News3 / Commercial vehicle exports rise in first half of 2017

Commercial vehicle exports rise in first half of 2017 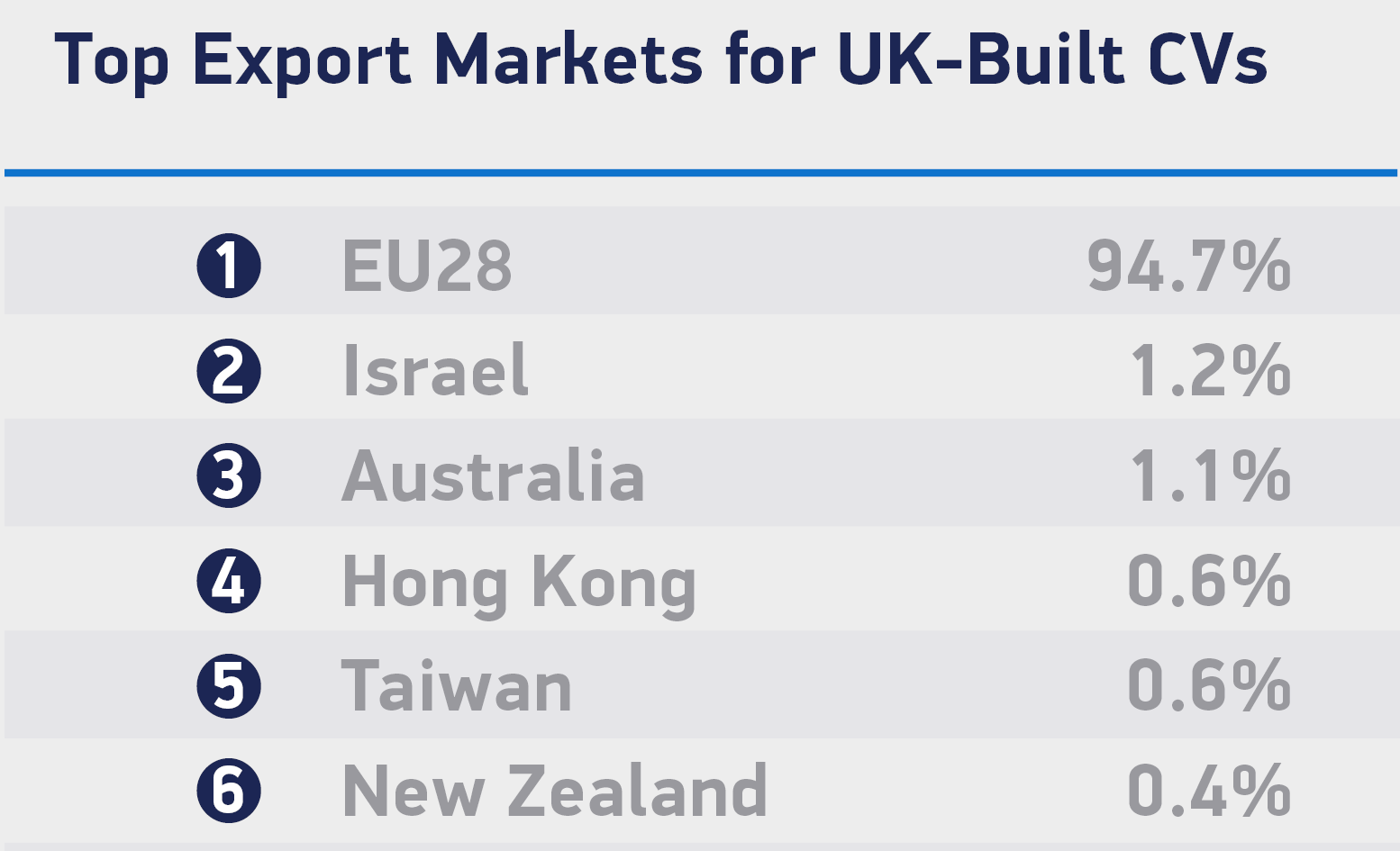 95 per destined for the European Union

Exports of British-built vans, trucks and buses rose 11.6 per cent in the first six months of 2017, with almost all headed to the EU, according to figures released today by the Society of Motor Manufacturers and Traders (SMMT). Nearly two-thirds (63.5 per cent) of commercial vehicles (CVs) built in Britain were exported, with 27,818 of the 43,782 total produced headed to more than 45 countries around the world.

British CV manufacturing has been bolstered by growth in the EU following the recession, resulting in a 13.8 per cent rise in demand from the region, and 94.7 per cent of UK-built CVs headed there so far this year. Moreover, every British van (24,447 vehicles) and almost two thirds (62.9 per cent) of trucks exported in H1 2017 were destined for EU fleets.

Israel topped the list of largest markets outside of the EU, taking 1.2 per cent of all exports, followed by Australia (1.1 per cent), Hong Kong and Taiwan (both 0.6 per cent), and New Zealand (0.4 per cent).

The UK and European vehicle manufacturing industries are highly integrated, with both vehicles and parts moving seamlessly across borders. Therefore, any changes to tariff and non-tariff barriers or regulatory and labour issues will have a detrimental effect on the competitiveness of this vital industry.

While the EU remains by far the biggest trading partner for British-built CVs, the iconic British bus is in demand around the world. More than half (53.6 per cent) were destined for Asia and 35.1 per cent for America, while 11.0 per cent travelled the 10,000 miles to Oceania.

Mike Hawes, SMMT chief executive, said: “It’s positive to see such strong growth in CV exports, however, with almost every British-built van and truck destined for Europe, this reiterates the critical need to secure a new trading relationship that ensures this important sector can remain competitive. The British and European vehicle manufacturing industries are highly integrated, and a beneficial relationship will take time to negotiate. This is why we need government to seek an interim arrangement that will maintain our place within the single market and customs union until this can be achieved.”

Autosupplies hits the track with Denso