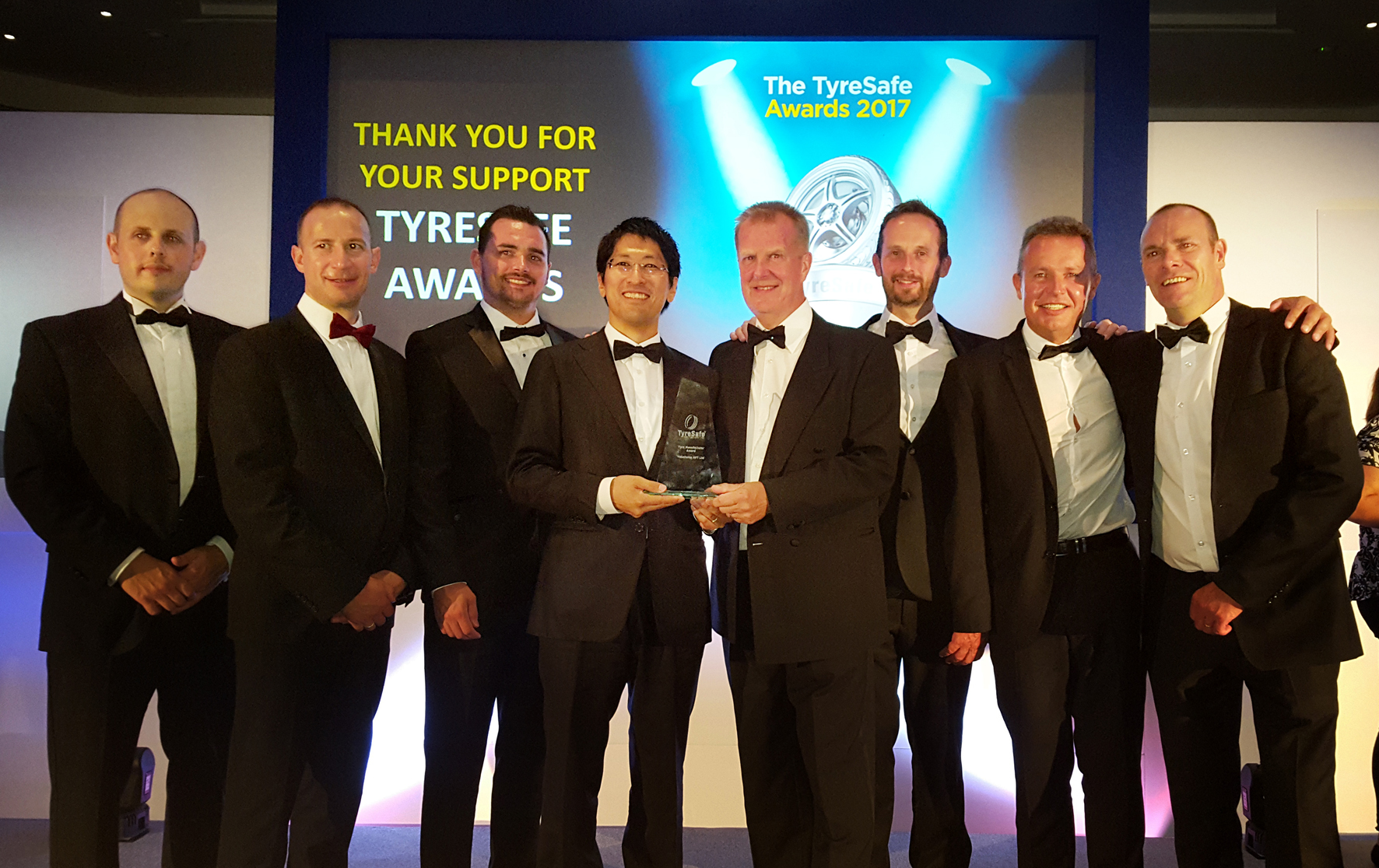 The Yokohama team celebrate the award

For the second year in succession, Yokohama has been awarded TyreSafe’s Tyre Manufacturer Award in recognition of its efforts, achievements and innovative approach in promoting tyre safety in the UK.

Having initially secured the award last year, Yokohama built on the success of its original campaign by utilising its partnership with Chelsea Football Club throughout 2016 to generate further high-profile awareness of tyre safety issues with Premier League football fans, and creating a powerful call to action, encouraging fans to check their tyres for a safe journey home.

Speaking after receiving the award, David Seward, managing director, Yokohama HPT Ltd said: “It really is an honour to be named as TyreSafe’s tyre manufacturer of the year for the second year in a row however this would not have been possible without the fantastic support and involvement from Chelsea FC, who have now become TyreSafe supporters in their own right. Every week, hundreds of thousands of football fans jump in their cars and travel around the UK to follow their beloved teams and we are proud to have played an important role in helping promote tyre safety issues and ensure they arrive safely.”

As part of its award-winning activities, Yokohama focused its awareness and education efforts around Chelsea’s home matches at Stamford Bridge, reaching out to more than 80,000 individuals attending matches during October through prominent “Safe tyres save lives” messages on the stadium’s giant screens, pitch side advertising boards and match day programme advertising.

The campaign was further extended through Yokohama’s and Chelsea’s messages via their social media platforms. Furthermore, a significant boost was delivered with Chelsea becoming the first, and only, professional football club to become official supporters of TyreSafe, an initiative which was heavily promoted not only by Yokohama and the club, but also by TyreSafe itself, which included a photo shoot with Chelsea stars at their Cobham training ground.

As part of its ongoing support for the TyreSafe campaign, Chelsea and Yokohama subsequently took the decision to extend their match-day tyre safety messaging for all of Chelsea’s remaining home games of the season, extending its potential audience, excluding television viewers, to in excess of ½ million fans.

Speaking at the awards ceremony, Stuart Jackson, chairman TyreSafe said: “Our congratulations go to Yokohama on being named TyreSafe’s Tyre Manufacturer of the Year for 2017. Yokohama has been a strong supporter of TyreSafe over the years and have excelled in promoting the TyreSafe message in the last couple of years in particular and were instrumental in Chelsea announcing its official support for TyreSafe during Tyre Safety Month.”