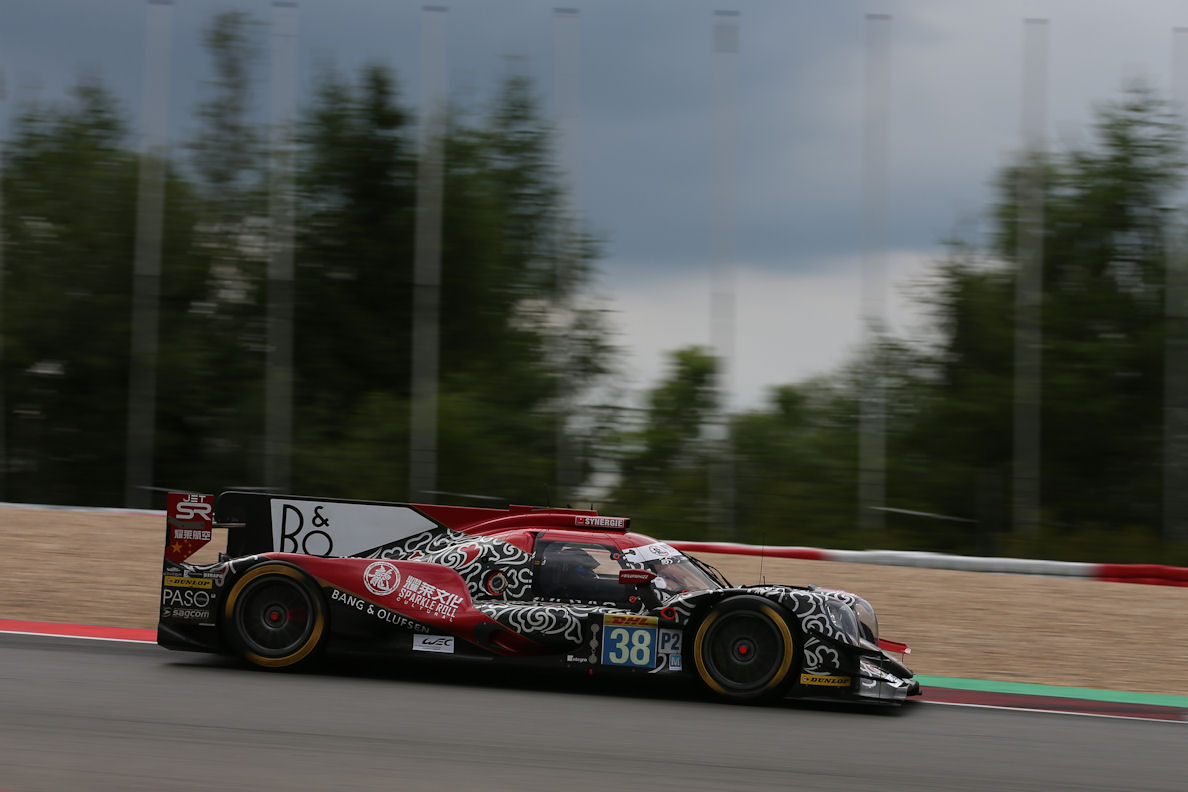 Jackie Chan DC Racing, took another victory with their #38 Oreca

The latest round of the FIA World Endurance Championship (WEC) has delivered Dunlop more good news. After a successful Le Mans 24h race, the racing teams who selected Dunlop tyres enjoyed success in the latest WEC round, the Nürburgring 6h.

Stars of the Le Mans prototype battle, Jackie Chan DC Racing, took another victory with their #38 Oreca. Oliver Jarvis, Thomas Laurent and Ho-Pin Tung drove to victory, controlling the pace after taking the lead in the second hour of the race. The Chinese backed team extended their lead in the WEC LMP2 championship.

A searing pace was set in the LMP2 category, with lap times for the new breed of cars over two seconds faster than in 2016 thanks to the increased downforce, power and wider front Dunlop tyres. In the build up to the race, Ho-Pin Tung visited Dunlop’s motorsport tyre factory to see how his team’s tyres are manufactured, enthusing: ‘It’s amazing to see the precision, work and effort that goes into making our FIA WEC tyres.” Tung and his team-mates showed similar precision in their relentless march to victory at the Nürburgring.

In the LM GTE classes, it was the turn of Dempsey Proton Racing to star. After taking the decision to switch to Dunlop tyres at the beginning of the season, the team took their first 2017 LM GTE-Am victory for their Porsche 911 RSR. Drivers Christian Ried, Matteo Cairoli and Marvin Dienst battled throughout the race with the Aston Martin Vantage of Paul Dalla Lana, Matthias Lauda and Pedro Lamy. The winning Porsche used the medium compound Dunlop GTE tyre throughout the race.

In the LM-GTE Pro class, both Dunlop-equipped Aston Martins were embroiled in intense battles with their Ferrari, Porsche and Ford rivals before finishing fourth (#95) and seventh (#97). The #95 car led the first 50 minutes of the race after a storming start by Marco Sorensen.

Jean-Felix Bazelin, Operations Director, Dunlop Motorsport reflected on the race: “The changing weather forecast in the build-up to the race led us to believe that there would be a lot of excitement on tyre choice,” reflected Jean-Felix Bazelin, operations director, Dunlop Motorsport. “However, the drizzle stopped mid-morning and the support race started to dry the track to the point that everybody chose slick tyres to start. All the LMP2 teams chose Dunlop’s medium compound tyre demonstrating the versatility and wide operating window of our medium spec. Despite the track being “green” due to rain, it rubberised quickly during the race and allowed consistent lap times and performance throughout the race.”

The next round of the FIA World Endurance championship is the 6 Hours of Mexico, with the race starting at 12:00 local time on 3 September.