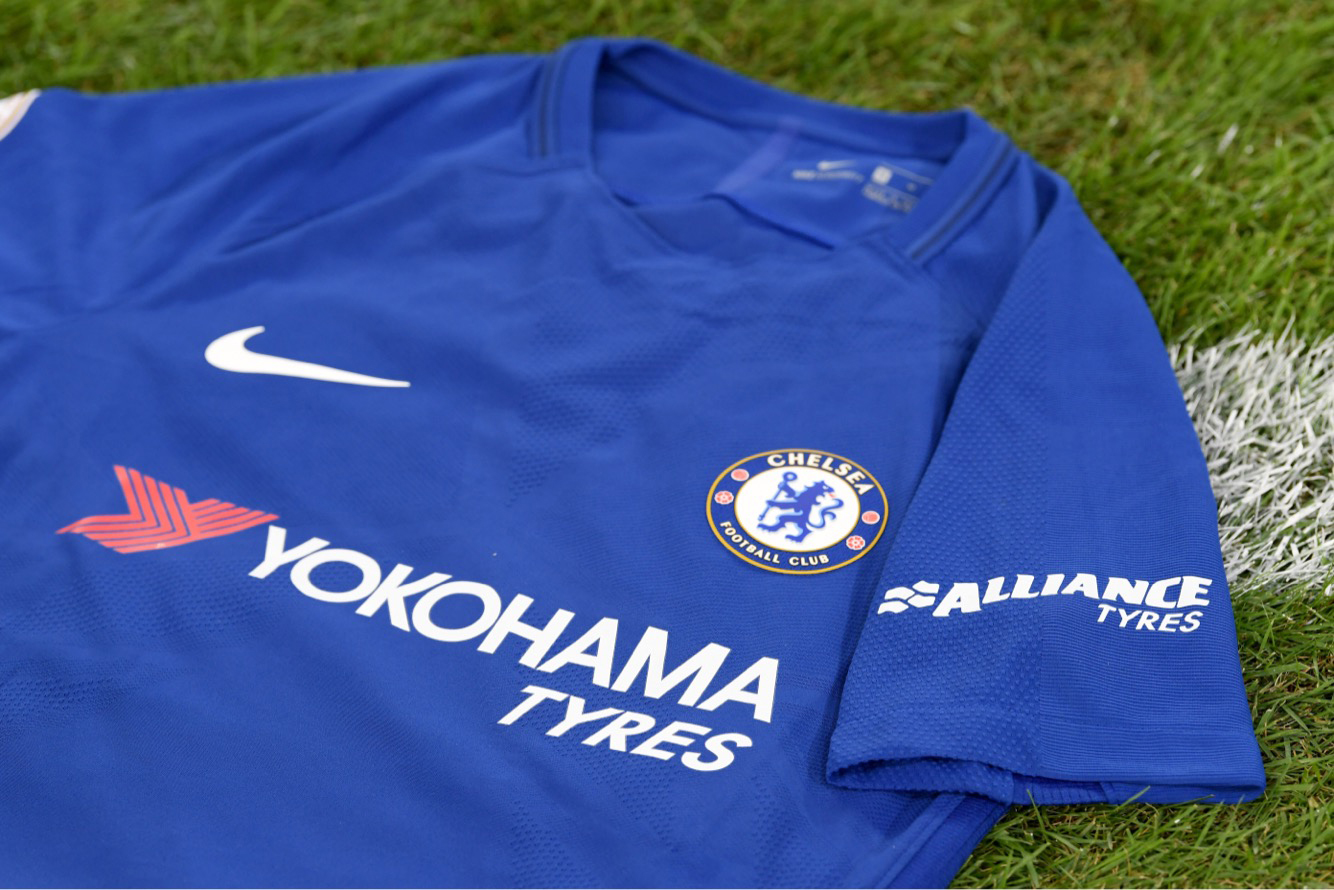 The Alliance car tyre range debuts in Europe this year, and Yokohama Rubber aims to use its Chelsea FC sponsorship to raise brand awareness

In addition to its current shirt sponsorship with Chelsea Football Club, Yokohama Rubber has gained jersey sleeve sponsorship for the 2017-18 season. In addition to the Yokohama Tyres logo prominently featured across the chest of the Chelsea FC jersey these past two seasons, the new jerseys worn by players during Premier League, FA Cup and Carabao Cup matches will feature the logo of the company’s recently-acquired Alliance Tyres brand on the jersey’s left sleeve. The new jersey made its debut at Chelsea’s pre-season match with Arsenal at the ‘Bird’s Nest’ in Beijing, China on 22 July.