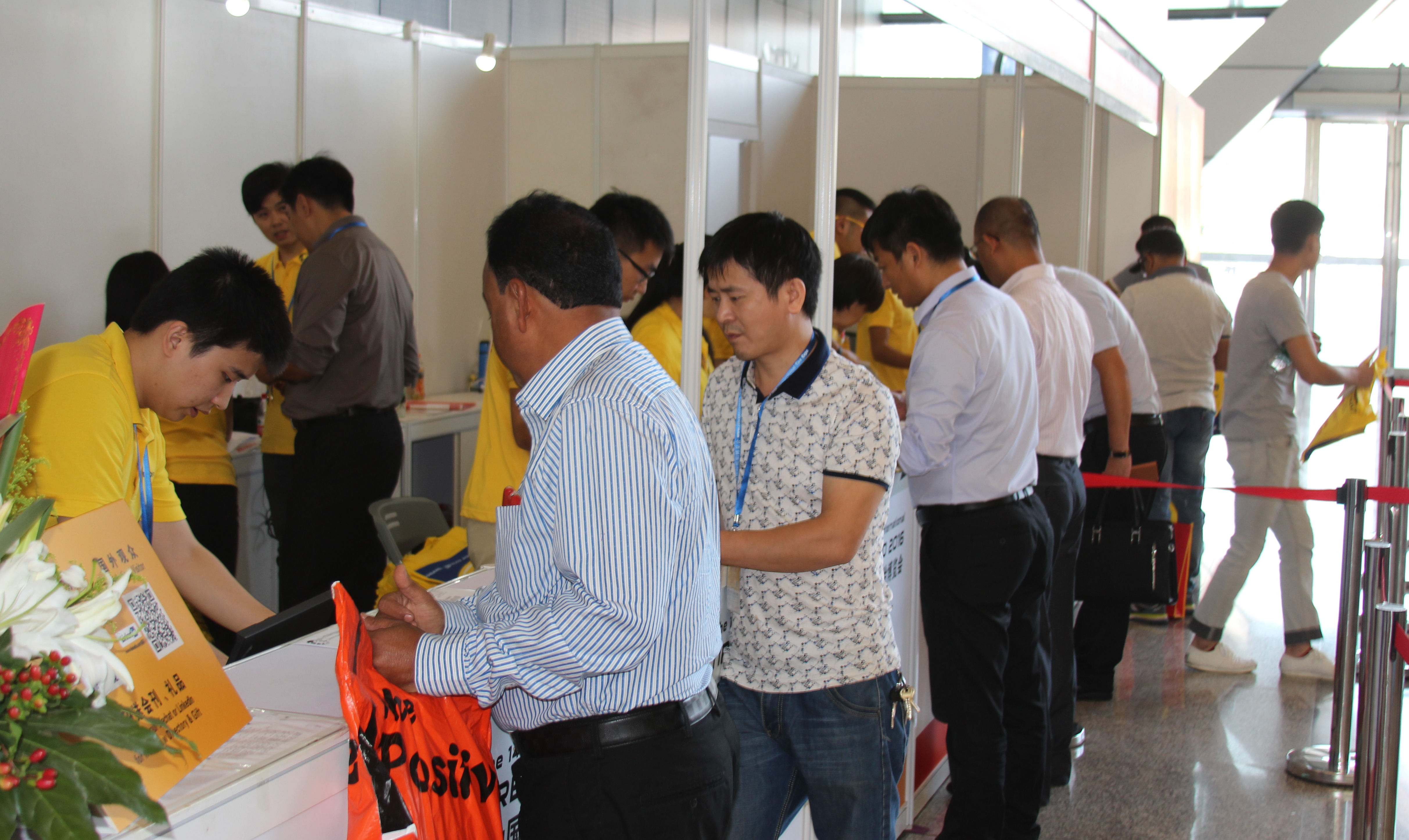 The China International Tire Expo is celebrating its 15th edition in 2017, and after transferring to the new environs of the recently constructed Shanghai World Expo Exhibition & Convention Center last year, the show is undergoing another logistical change. The show has moved back a month into August (on the 21-23 of the month) in a change that the exhibition organiser, Reliable International Exhibition Services, describes as a positive change that will allow exhibitors to pursue leads from the show more effectively. Ahead of Tyres & Accessories’ visit to the show, we spoke to Reliable’s managing director, Wilko Fong about the show, and what visitors to the Pudong space can expect.

Fong expects more than 13,000 industry experts from 120 countries to gather between 21 and 23 August at the show, with around 400 exhibitors taking space in the 40,000sqm exhibition halls. Supported by this exhibitor base, CITExpo aims to offer a one-stop sourcing platforms, creating prime opportunities for traders from all around the world to gather the latest market intelligence and expand their business to the globe.

Fong adds that there are new opportunities this year for businesses to benefit from national policies – China’s Belt and Road Forum, which closed on 15 May, sought to pave the way for further growth in international trade. Nearly 70 countries and international organizations have signed up for the mega infrastructure project, meaning that Chinese government is building its trading zone to link up with the world. Fong believes the new development will make trading with China easier and more reliable, and hopes the place CITExpo has established as a leading trade platform in the tyre and wheel industry, means it can take advantage, as many of its overseas visitors came from markets targeted by the national strategy.

Fong adds that CITExpo will be expanding its variety of exhibits to driving experience and system upgrading related products by introducing new exhibitors from new segments. The show, he says will aim to “provide an all in one aftermarket trading platform in Asia-Pacific Region.” T&A: The business context for the 2017 edition of CITExpo is one of rising tyre prices, as raw materials prices are projected to be elevated for a prolonged period for the first time in years. What impact do you think this will have on the show, and on the wider Chinese tyre sector?

Wilko Fong: CITExpo has been a renowned trade show in the worldwide tyre industry in the past fourteen years, and its position is to provide a marketplace for the sellers and buyers to meet for business and information exchanging. We believe that industry players would usually be more active in meeting each other whenever there are any major movement happening such as product prices, raw material, new products, significant company changes, etc, in the market. So, CITExpo is still the best marketplace for all market players to keep their sense of presence in the market.

T&A: What impact do you expect rising prices to have on international visitors? Do you expect any regions to be more strongly represented than others?

WF: There will be nearly 400 exhibitors showcasing their latest products and technologies in CITExpo 2017. At this sensitive moment, there would be more varieties in the market. International and domestic buyers will need to spend more of their time and effort to negotiate with their existing business partners and also meeting new potential partners. As far as we know, some of the tyre makers will stock up their material and be less impacted by the fluctuating material prices. On the other hand, some of them will change their prices because of the increased cost. So, buyers should make use of a comprehensive trade show such as CITExpo in order to effectively strive for their ideal price and product quality among the so many suppliers.

T&A: How important do you think the domestic market will be to the 2017 show?

WF: With our recent statistics, domestic buyers usually occupied 50 per cent of our overall buyer population. We have been working hard in attracting more domestic buyers to our show and assisting our exhibitors not only meeting international buyers but more domestic buyers in order to expand their market coverage. Hence, domestic market is one of our important goal in organizing CITExpo.

T&A: 2017 marks CITExpo’s return to the new venue. Can you describe what impact the change of venue had on the 2016 show? How have exhibitors and guests responded to the venue? Do you expect significant growth for the show as a result of the increased space/better facilities?

WF: The move [to Shanghai World Expo Exhibition and Convention Center, in 2016] was due to the limited space provided by the old venue for the continuous growth of CITExpo and also the better facilities of the new venue. With the survey compiled after the show last year, almost all exhibitors and visitors were very satisfied with the new venue. Exhibitors found that the professional venue hall provided a better infrastructure for them to design their stand and better display their products as well as accommodating their buyer guests. Also some exhibitors expressed that they could meet the visitors relatively earlier during the show period in the new venue on one flat floor than the old venue with three floor levels, because their booths might be located on the second or third floor in the old venue previously. And of course, with larger floor space in the new venue, CITExpo had expanded over 40 per cent in exhibition space.

T&A: What are the reasons behind the change of date for the show? What makes the middle of August a better time for CITExpo than mid-September?

WF: We changed our show date from September to August in 2017. The main reason of this move is to maximise the effectiveness of our exhibitors exhibiting in our show. Exhibitors have been expressing to us that they could better follow up their customers and new orders if the show’s end date was not too close to the National Holiday which is on 1 October. They would like to have enough time right after the show and bring their potential buyers to visit their production line and help confirm their orders. Again, CITExpo’s primary goal is always maximising the participants’ results.

T&A: Another new trade show for the tyre industry will take place in Shanghai in September. Has the introduction of this show changed the purpose of CITExpo, or its role in the industry?

WF: Since CITExpo had established fourteen years ago, there have been so many similar shows appearing around her. However, we have been professionally focused on organising CITExpo and by continuously enhancing our show quality to maintain the market’s awareness. The fact that CITExpo has been expanding every year in the past would encourage us playing the same role in the market in the future.

T&A: More generally, how would you characterise the role of CITExpo within the Chinese tyre industry currently? And how are you positioning the show for future years?

WF: CITExpo has become the largest tyre trade show in the Asian market and serving the market with her closest market sense. And with the recent Belt and Road Initiatives, CITExpo will take this premier opportunity and help the worldwide tyre market to take the best advantage in this centralized position. andrew.bogie@77.237.250.82