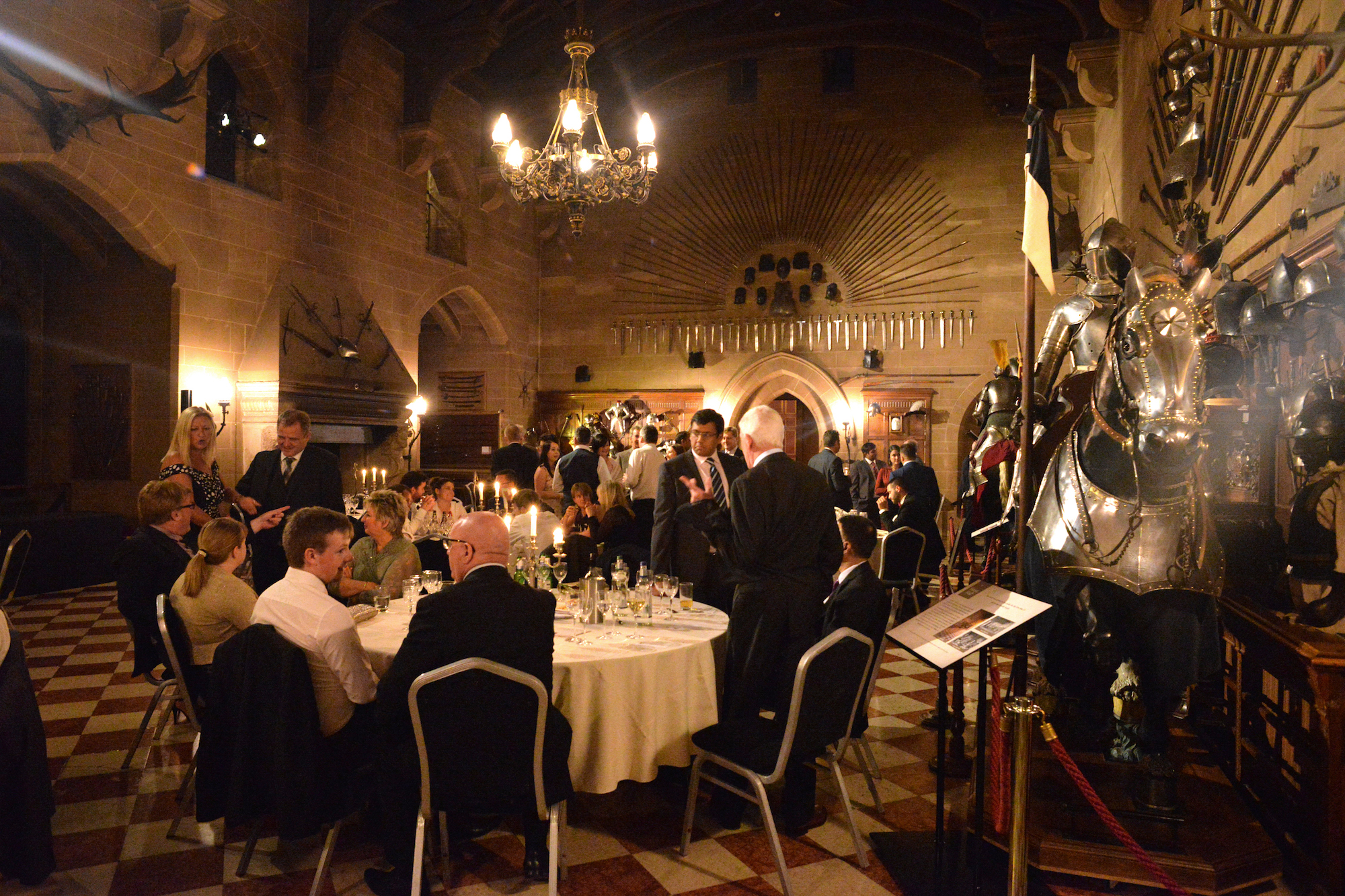 The magnificent Warwick Castle, bathed in hazy evening sunshine, was the perfect venue for Motaquip, as it celebrated its historic 35th anniversary on the first evening of Automechanika Birmingham 2017.

General manager, Peter Cox, welcomed the Motaquip family and distinguished guests to the medieval fortress. Hosted by the Motaquip team, loyal customers from the UK and overseas were joined by members of the automotive media and treated to a sumptuous banquet complete with ice-cold bubbly in the castle’s majestic Great Hall.

The guests were surrounded by history, with many portraits of kings and queens hung on the walls originally built by William the Conqueror in 1068. History was also brought to life with a pre-dinner battle between two armoured knights. Diners cheered on their favourite and jeered the opponent, with the eventual winner proving a popular victor.

The spellbinding evening continued courtesy of a magician, who glided from table-to-table, wowing the audience and leaving them in a state of daze and confusion with a variety of card tricks and illusions.

VIP hospitality tickets for the Friday practice sessions at the British Grand Prix were the top prizes on offer during the raffle; however, the pledges made were for a cause far greater.

More than £1,700 was donated by the guests to help a terminally-ill, four-year-old boy, grandson of a staff member at a Motaquip distributor, fulfil his dream of a family trip to Disney World Florida. Peter Cox said the contributions “far exceeded” his expectations and was “overwhelmed” by the generosity shown.

The success of the raffle and kindness demonstrated summed up the mood of a hugely successful and entertaining evening. From the food to the festivities, each guest leaving through the portcullis and passing over Warwick Castle’s moat did so with a big smile on their face.

One guest said: “What a way to celebrate Motaquip’s birthday! The team pulled out all the stops and made it a night that will live long in the memory. The battle at the start was epic and it got better and better with delicious food and great company. Let’s see what Motaquip has up its sleeves when it reaches the big 4-0!”

Peter Cox said: “The celebration was our way of thanking customers for their support and continued loyalty to the brand. As I eluded to in my speech these are exciting times for Motaquip, we are moving from being a UK brand to a global one and have already secured distribution in many European countries and further afield. We are also making significant appointments in the UK, Motaquip truly is ‘a brand on the move’.”