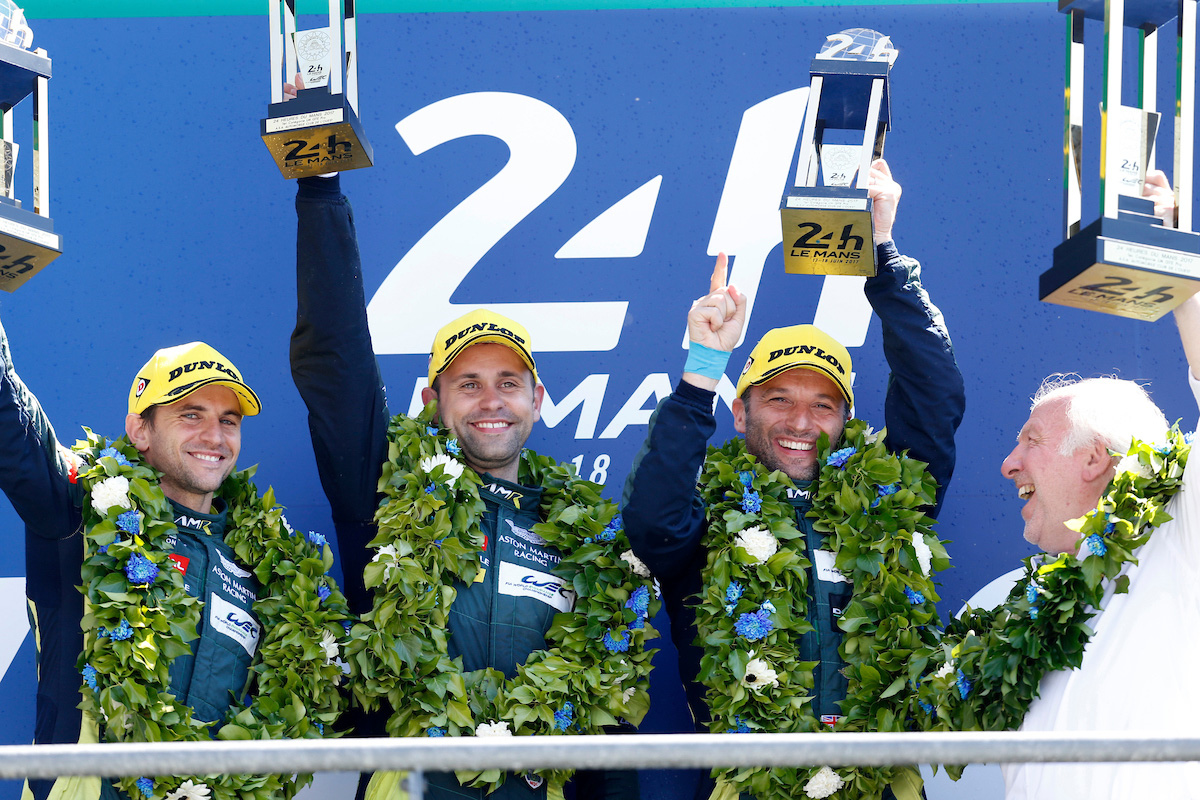 Dunlop’s Le Mans 24 Hours 2017 is one to remember with records broken, overall race laps led, and overall podiums in addition to the more typical class wins and podiums, in a race with high temperatures testing cars and drivers. Track temperatures exceeded 50 degrees towards the end of Sunday’s race in France’s Sarthe region.

Predicting the LMP2 race winner wasn’t a task to be taken lightly, with well over half the field top contenders for glory. Ultimate victors number 38 Jackie Chan DC Racing were never out of the top-six, with the Jota-run Oreca-Gibson remaining in the top three from the seventh hour. The race of attrition took its toll on the premier LMP1 class and in hour 22, on lap 319, car 38’s Thomas Laurent took the overall race lead. The final two hours saw the recovering LMP1 Porsche gradually regaining ground, but it took 28 laps to resume the front spot, with 65 minutes left on the clock. Ho-Pin Tung crossed the line second overall and LMP2 winner, having led 28 laps overall, and 187 of 366 LMP2 laps. Third overall and second in LMP2 went to the number 13 Vaillante Rebellion team, which proved to be tenacious in recovering from several issues. The LMP2 podium was completed by the sister Jackie Chan Oreca. The top ten LMP2 finishers chose to compete on Dunlop tyres.

In the LM GTE Pro class, both Dunlop-shod Aston Martin Vantages took turns at the front, between them leading 210 of 340 laps. Perhaps the closest fought class, the top six exchanged the lead 51 times in total. A last lap overtaking manoeuvre by car 97’s Jonny Adam out of the final corner was enough and he crossed the line for the win.

Aston Martin Racing was also a race leader in the LM GTE Am class, with four of the seven Dunlop runners in podium contention through the race, including the number 98 Aston Martin and the Dempsey-Proton Racing Porsche. Ultimately, the highest placed Dunlop car was the Beechdean AMR Aston Martin in fourth place.

Commenting on the tyres it supplied for the race, Dunlop states that the new tyre range had been designed to suit a wide variety of temperatures, and selection is based on individual driver/chassis compatibility. Track temperatures varied from 25 to 51 degrees. All three compounds were used in all temperatures throughout the race across LMP2 and GT. LMP2 teams chose predominantly to triple and quadruple stint, with some also racing on the same set of tyres for five stints (over three hours & 668 km). In GT racing, optimal strategy under the regulations proved to be double stints.

“This has been the race of the century because of the conditions,”comments Xavier Fraipont, managing director, Dunlop Motorcycle and Motorsport EMEA. “Such high heat with track temperatures reaching up to 51 degrees, with average speeds of 235kph, has been extremely tough on tyres, and we demonstrated that we mastered our technology and delivered top performance for our partners. We have these wins and podiums thanks to great performance of the tyres which delivered results under the extremes across all our slick options over three, four and five stints. It demonstrates that Dunlop and endurance racing are synonymous.”

Mike McGregor, Dunlop manager Testing & Track Support, adds: “An overall podium is a fantastic result. It’s a testament to the ACO on the new LMP2 era – it was great racing. We only had final sign off on the LMP2 cars in December so it was a difficult task; to be racing for three, four and five stints with our first 2017 generation tyres and be on the overall podium within six months is a great reward for our team’s hard work. Next year will be interesting given that this was our first phase of development for the new regulations.”