You are here: Home1 / News2 / Product News3 / AlloyGators are ‘a hit’ with DJ Mark Goodier

AlloyGators are ‘a hit’ with DJ Mark Goodier 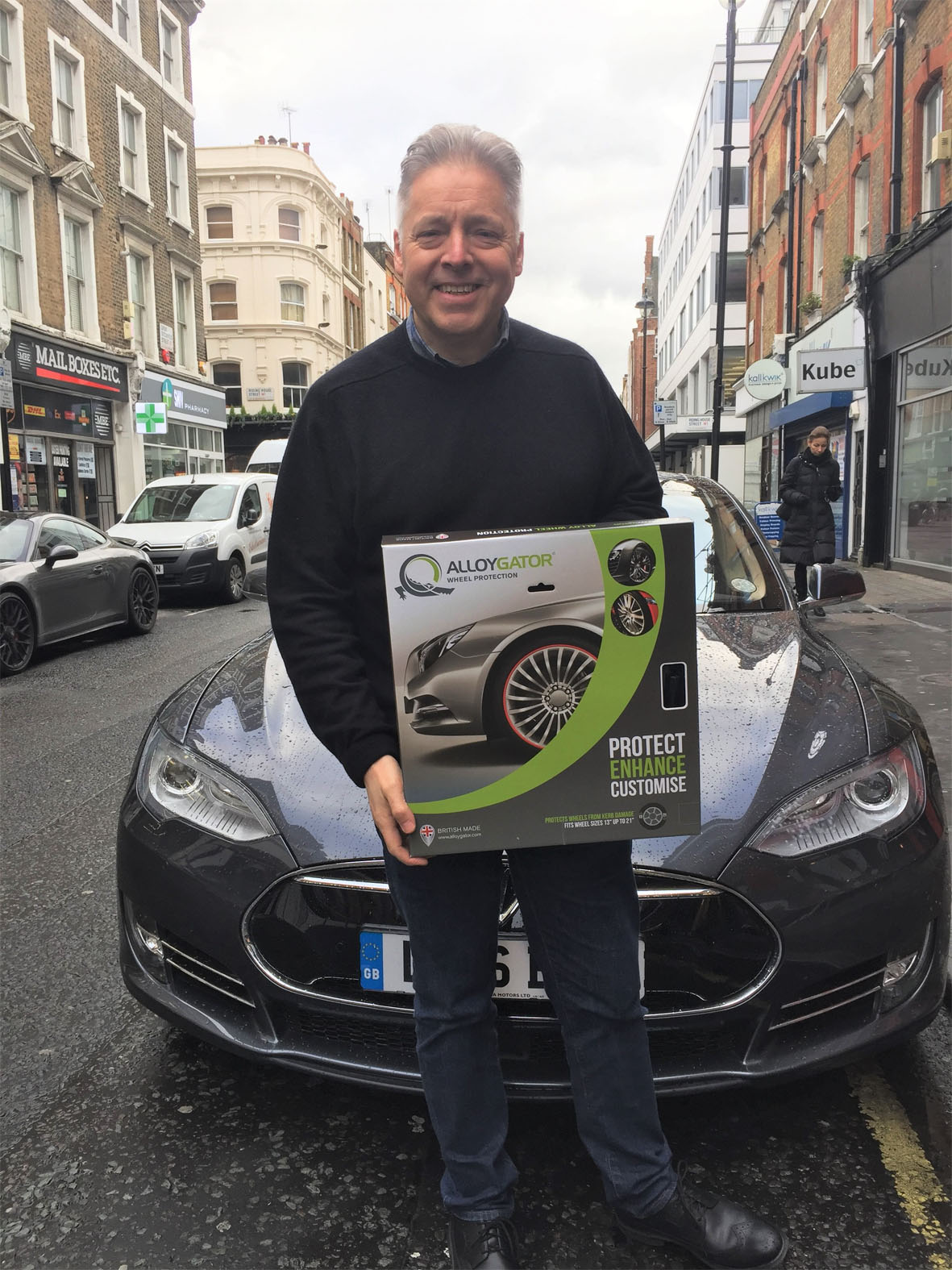 Mark Goodier is grateful for his AlloyGators

Former BBC Radio 1 DJ and Top of The Pops presenter Mark Goodier has revealed that AlloyGators have been ‘his saviour’ after confessing to kerbing his pristine alloy wheels just hours after picking up his brand-new car.

Goodier, best known as host of the BBC Radio 1 Chart Show for more than a decade, admitted that like many motorists, he’s damaged a ‘fair few’ wheels during his driving career.

Indeed, as Goodier says, “Short of a full-on smash, the slow crunching grind of your nice-looking alloy wheels scraping along a kerb is one of the worst sounds you can hear as a driver, and having crunched the nearside front wheel of my new car on the day I got it, I decided it was time to do something about it.”

And according to recent research carried out by AlloyGator and Micheldever Tyre and Auto Services it would appear that he is not alone when having an alloy accident. The research found that four out of every five cars on the UK’s roads may be being driven around with scuffs, scrapes and other unsightly damage to their alloy wheels.

Based on the survey findings, it’s estimated that there could be in excess of 95 million damaged wheels on UK roads, which could cost motorists a massive £7.6 billion to repair and restore the appearance of their wheels.

“Since, I’ve fitted them to all my cars and they’ve defended my wheels against a few knocks I know about and I’m pretty sure many that I don’t and the rims are still in good shape. They’re brilliant, they’ve already saved me hundreds in wheel repairs as well as a whole lot of grief,” Goodier explained.

Curt Rathbone, managing director at AlloyGator commented: “Mark’s certainly not alone when it comes to accidentally scraping your alloy wheels along a misjudged kerb. In fact, it’s something most of us will have done at one time or another and frustratingly it can cause some fairly unsightly and costly damage. However, fitting AlloyGators can protect alloy wheels as well as cover up existing wheel rim damage, meaning that expensive repair bills can be avoided.”

The AlloyGator system sits between the car’s tyre and wheel rim, reducing the risk of damaged caused by scuffs and scrapes on kerbs or potholes. They are available in ‘original’ 13” – 21” or ‘exclusive’ 12” – 24” and come in a range of 15 colours. Drivers can choose from discrete black, silver or graphite, or opt for a bolder styling option such as gold, red, sky blue and glow in the dark.

NTDA: accreditation scheme widening to include other tyre segments