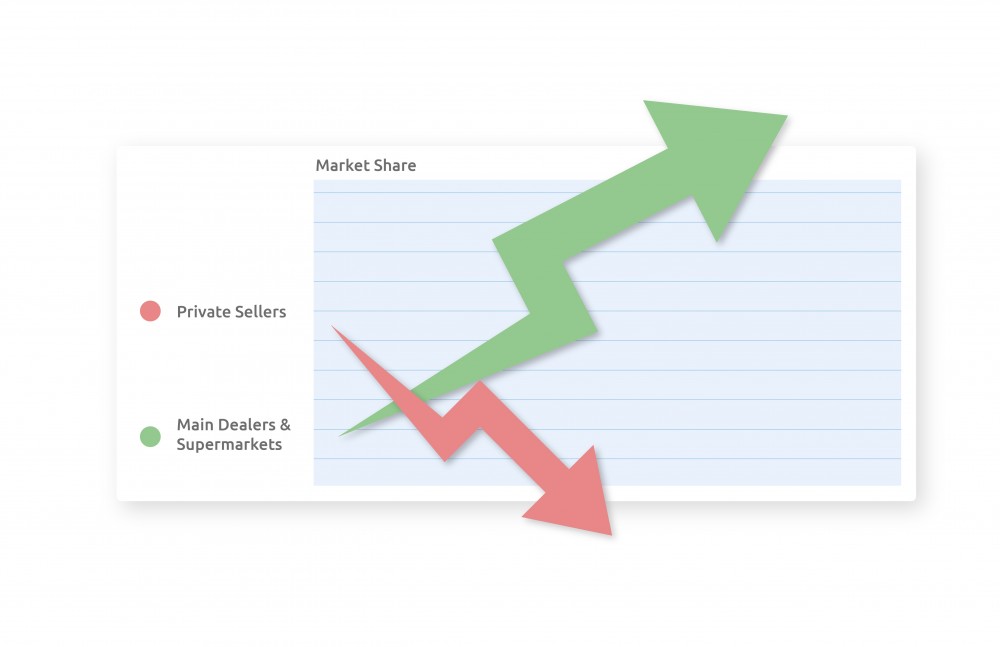 A survey of 1,289 mycarcheck.com customers has revealed a significant shift in where people buy used cars.

27 per cent of those surveyed in February said they preferred to go to a main dealer or car supermarket, up from 13 per cent of those asked the same question a year ago. The trade has taken this market share from private sellers, down to 35 per cent from 48 per cent the previous year, with independent retailers unchanged on 33 per cent.

Gavin Amos, head of valuation services at mycarcheck.com, said: “This shift is interesting to us because these customers tend to use our service for different reasons. Those buying in the private market see us as a vital source of data, whereas those buying from dealers see us as more of a double check for complete peace of mind. Those buying from dealers are often attracted by warranties and manufacturer-approved used car schemes, whereas those buying privately think they can get more for their money.”

New point of sale material for garages from Launch UK