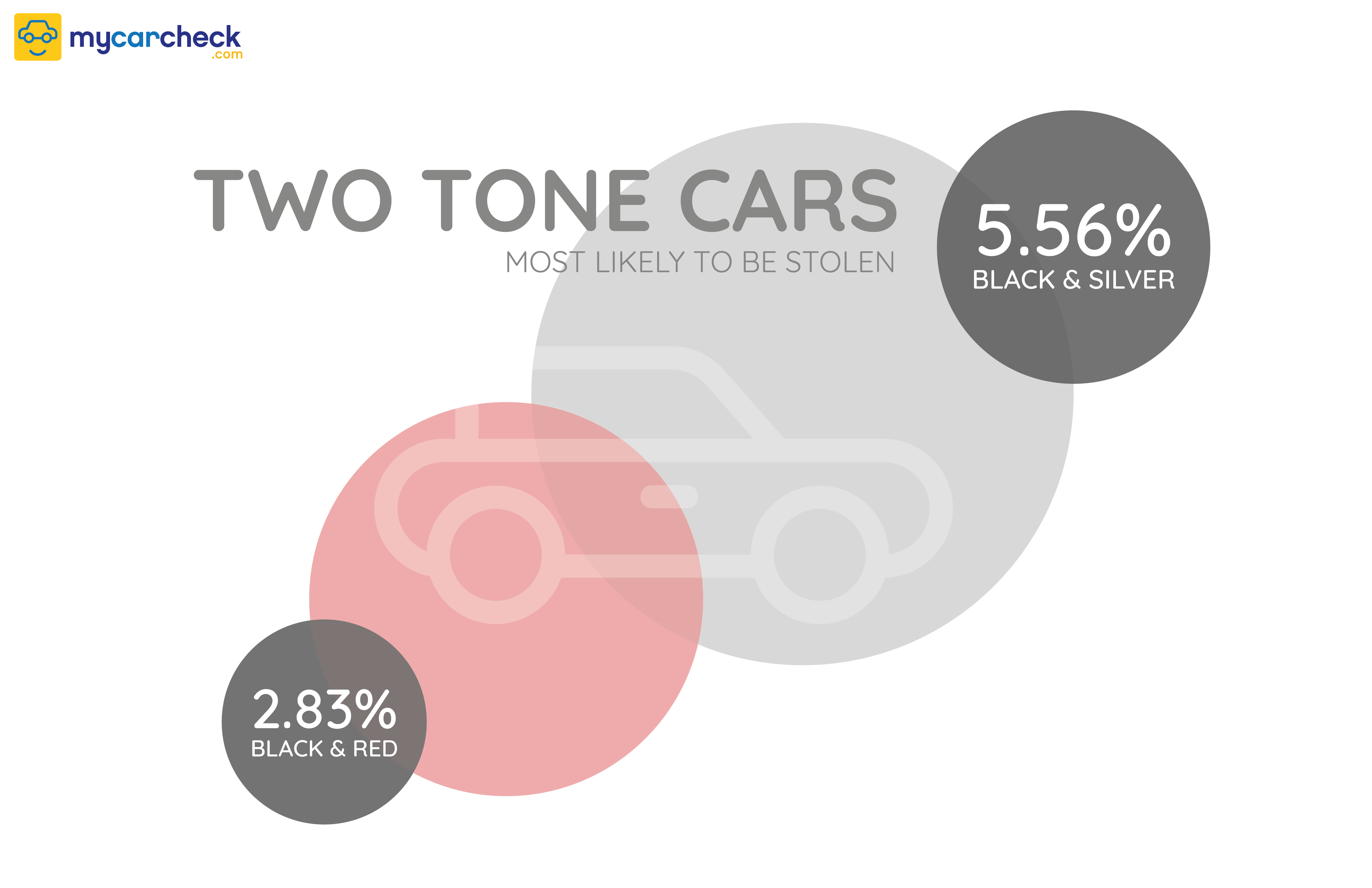 A new report by mycarcheck.com has shown the UK’s five most popular used car colours to be: 1) Black 2) Silver 3) Blue 4) White and 5) Grey. It also revealed that two-tone cars are more likely to be stolen.

22.68 per cent of all searches conducted on mycarcheck.com in 2016 were for black cars, an almost identical performance to the previous year, ahead of silver (20.93 per cent) and blue (16.89 per cent).

Gavin Amos, head of valuation services at mycarcheck.com, said: “The top five colours were all about average in terms of write-off, finance and stolen risks, but two-tone cars were significantly more likely to be stolen. For example, 5.56 per cent of black & silver cars, and 2.83 per cent of black & red cars, were listed as stolen, compared to a top 20 makes average of 0.92 per cent. The main reason for this is sporty models tending to have two-tone colour schemes – they’re targeted by thieves because they’re desirable cars. In the new car market, white has been the top colour for a while, and grey is also on the up, so it will be interesting to see if these trends are replicated in the used car market over the next couple of years.”