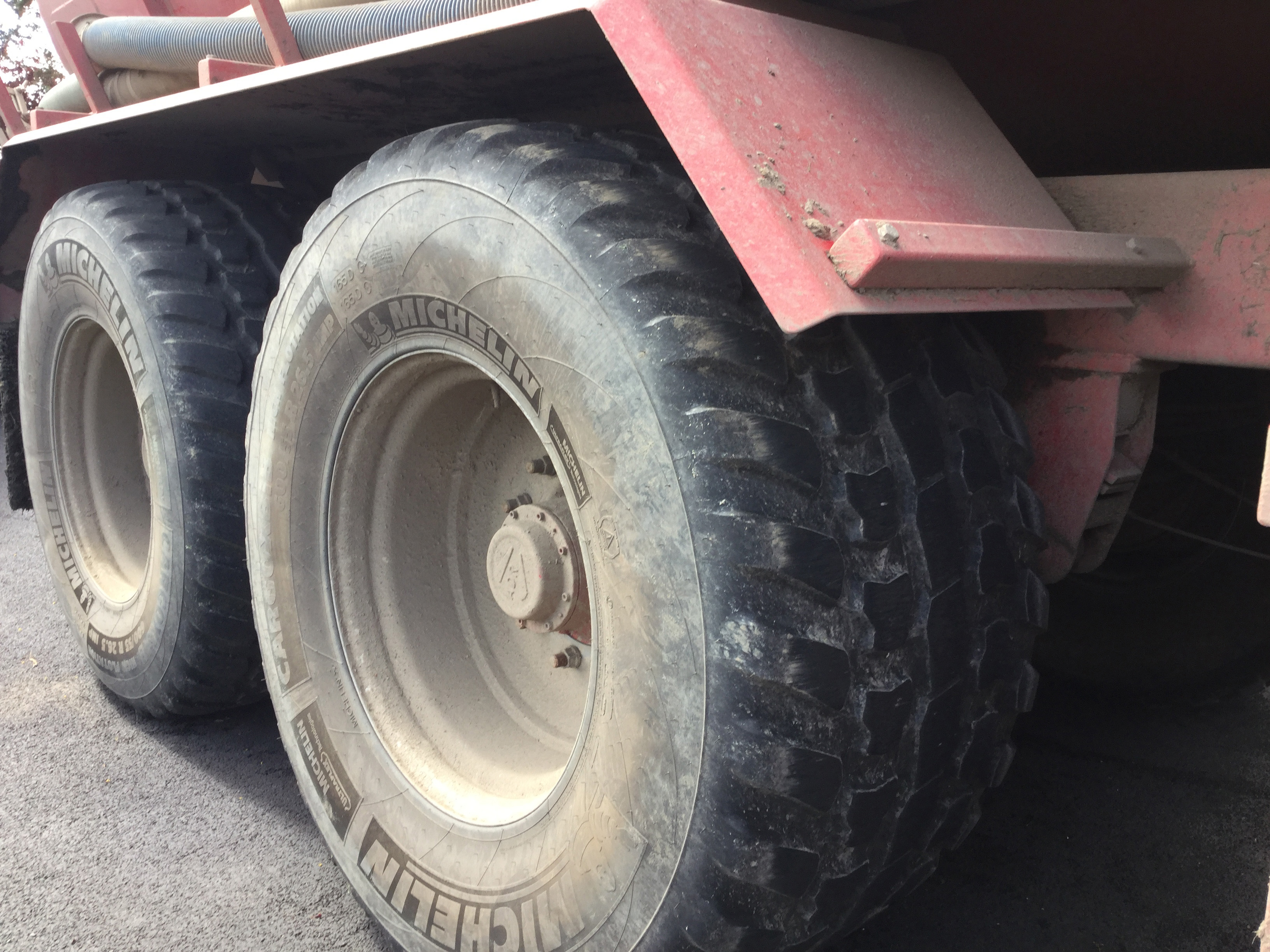 Yorkshire-based Coast to Coast Recycling is benefitting from a 75 per cent reduction in its tyre puncture and repair bill after adopting a Michelin CargoXBib High Flotation tyre policy across its fleet of agricultural slurry tankers.

The recycling company, whose tankers are on 24/7 emergency call-out, decided to trial the premium fitments on two of its tankers, to combat the high failure rate of its budget tyres.

Since the beginning of the trial 18 months ago, the company has seen the replacement of failed tanker tyres fall from a rate of one per week for budget fitments, to zero on those tankers fitted with Michelin. As a direct result, it is now rolling-out the CargoXBib High Flotation policy across all tankers.

David Coning, of Coast to Coast Recycling, says: “We were experiencing tyre blow-outs every single week and that couldn’t continue. CargoXBib tyres have completely changed my view on tyre choice for the tankers. The 12 trial tyres proved a huge success and we’ve not had a single issue with them. In fact, the very first trial tyre is still running with 15 per cent of its tread left. Our previous tyres never lasted that long, even if they avoided a puncture.”

Coast to Coast Recycling works closely with local Michelin Exelagri dealer, Terry Elsey Tyres, to ensure it can access tyre support at any time of the day or night.

Coning adds: “The tankers are in constant use and can travel up to 150 miles per day, and as we are on 24-hour call-out we have to be ready to jump into action the second we get a call. Terry Elsey Tyres understand this and never lets us down, providing us with a fantastic backup service”.

CargoXBib High Flotation tyres are designed to provide excellent performance from road to field. On the road, the tyres’ solid non-directional tread block pattern promotes consistent and regular wear, extending tyre life. In the field, the patented Ultraflex technology casing allows the tyres to be used at pressures lower than one bar, if required, minimising soil compaction and increasing their footprint by 37 per cent compared to conventional technology tyres.

Coning also has an arable and livestock farm, and carries out agricultural contracting, specialising in baling, beet drilling and lifting, lime spreading and umbilical work. He operates a mixed fleet of vehicles including JCB, Fendt and Valtra from his base in Tollerton.