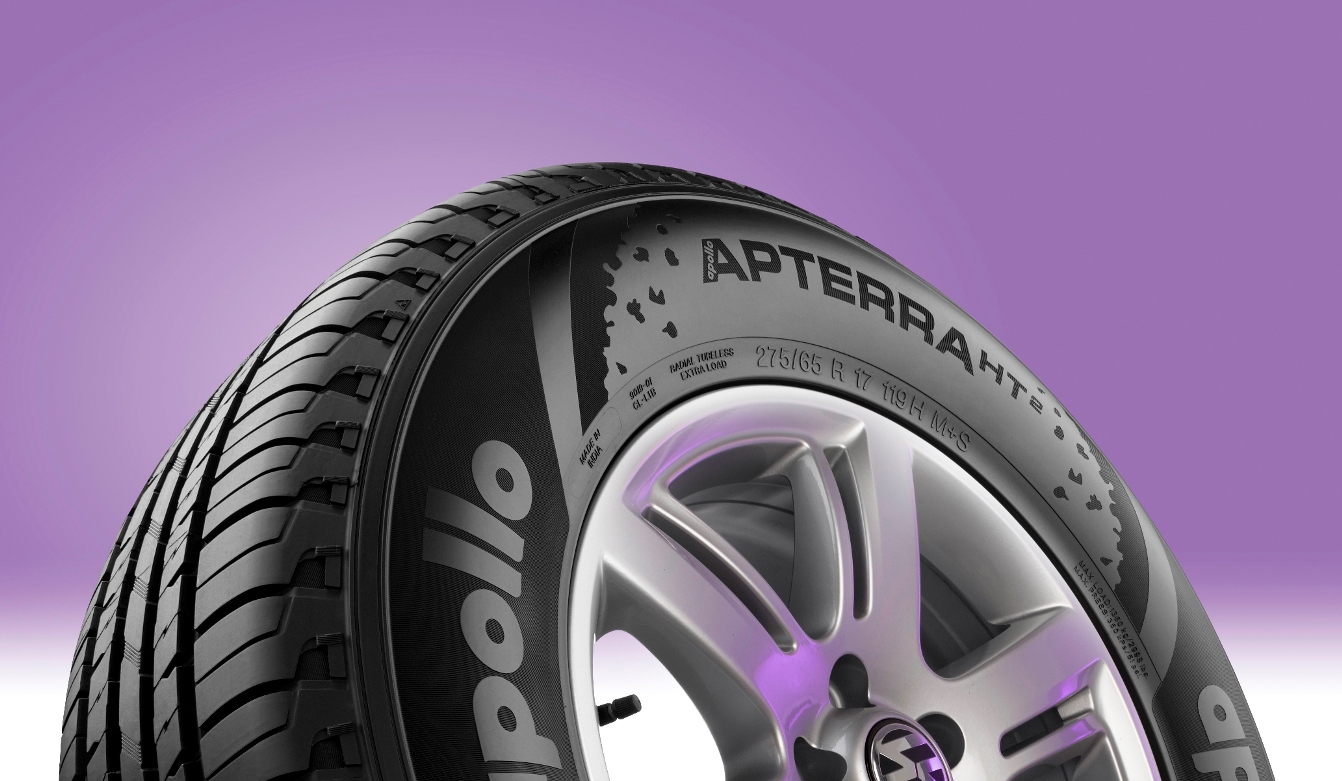 Apollo Tyres has introduced a new 4×4/SUV tyre jointly developed by its Global R&D Centres in India and the Netherlands. The new Apollo Apterra HT2 has now been launched in India and is also scheduled to be released in European markets in the near future.

The Apollo Apterra HT2 will initially be available in six sizes – two each for 16, 17 and 18-inch rim diameters. The tyre is available in T, H and V speed ratings.

With the launch of the Apterra HT2, Apollo Tyres aims to increase its share in India’s SUV tyre market to 300,000 units per month.