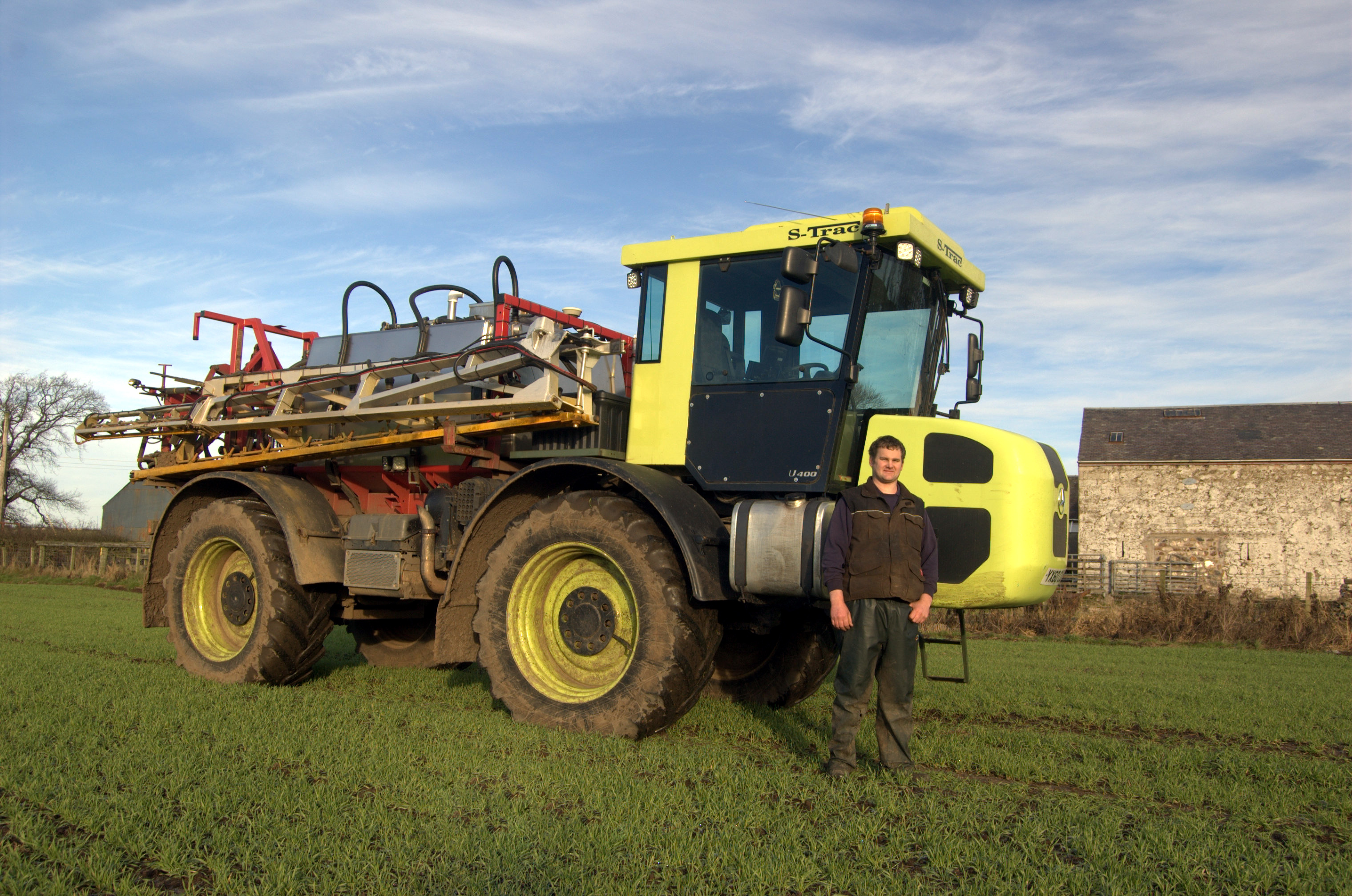 James L Welsh & Sons specified Michelin SprayBib and XeoBib tyres for its Unimog sprayer five years ago. Now the Ayrshire-based farmer and contractor predicts the tyres will outlast the machine’s first full life in service. The hard-working ex-demonstrator Mercedes-Benz Unimog U400 was supplied by South Cave Tractors and has clocked up more than 6,000 hours in operation – and still has approximately 40 per cent of tread depth left on each set of tyres.

Shortly after delivery on Michelin XeoBib tyres, James L Welsh & Sons specified a set of Michelin SprayBib tyres on the recommendation of the team at South Cave Tractors, due to the intensive row-crop work and high-speed road travel the sprayer would face during summer.

Andrew Welsh, partner at James L Welsh & Sons, says: “The fact that both sets of tyres have lasted this well proves that while it’s important to invest in quality rubber, setting them up and using them correctly is equally as important. Tony Powell, our local Michelin Account Manager, assisted us at the outset by weighing the machine on-site and advising on bespoke pressures – which we’ve been careful to stick to.”

The Unimog features a central inflation system, which enables tyre pressures to be adjusted from the cab, ensuring the correct pressures are maintained at all times for road and field work. The bespoke pressures determined by Michelin have contributed to the extended tyre life, whilst also preserving soil health through minimising compaction.

“We work the Unimog extremely hard – particularly during the summer when it can complete more than 360 acres-worth of work each day, travelling up to 130 miles. This heavy workload, combined with a mix of steep hills and difficult soil conditions, can take a toll on tyres – but the Michelins keep on going.”

Michelin SprayBib tyres are suited to James L Welsh & Sons’ intensive workload, as they’re designed for exceptional load capacity. The tyres are capable of carrying an almost 57 per cent greater load at the same pressure as traditional sprayer tyres. Michelin XeoBib tyres help to deliver efficiency savings thanks to reduced rolling resistance on soft ground and increased traction, allowing farmers to save both time and fuel.

Both types of Michelin tyres are designed to withstand extensive road use and are built to reduce vibration, improving driver comfort. This tyre for sprayers and treatment machines can be driven at speeds of up to 65km/h while enjoying precise steering performance.

James L Welsh & Sons is a third-generation family farm and contracting business based in Kilmarnock, Ayrshire, milking 300 cows and rearing 400 cattle. The company also carries out slurry, spraying and cultivation work on its own farms, and cropping on a contracted basis across mid-west Scotland.