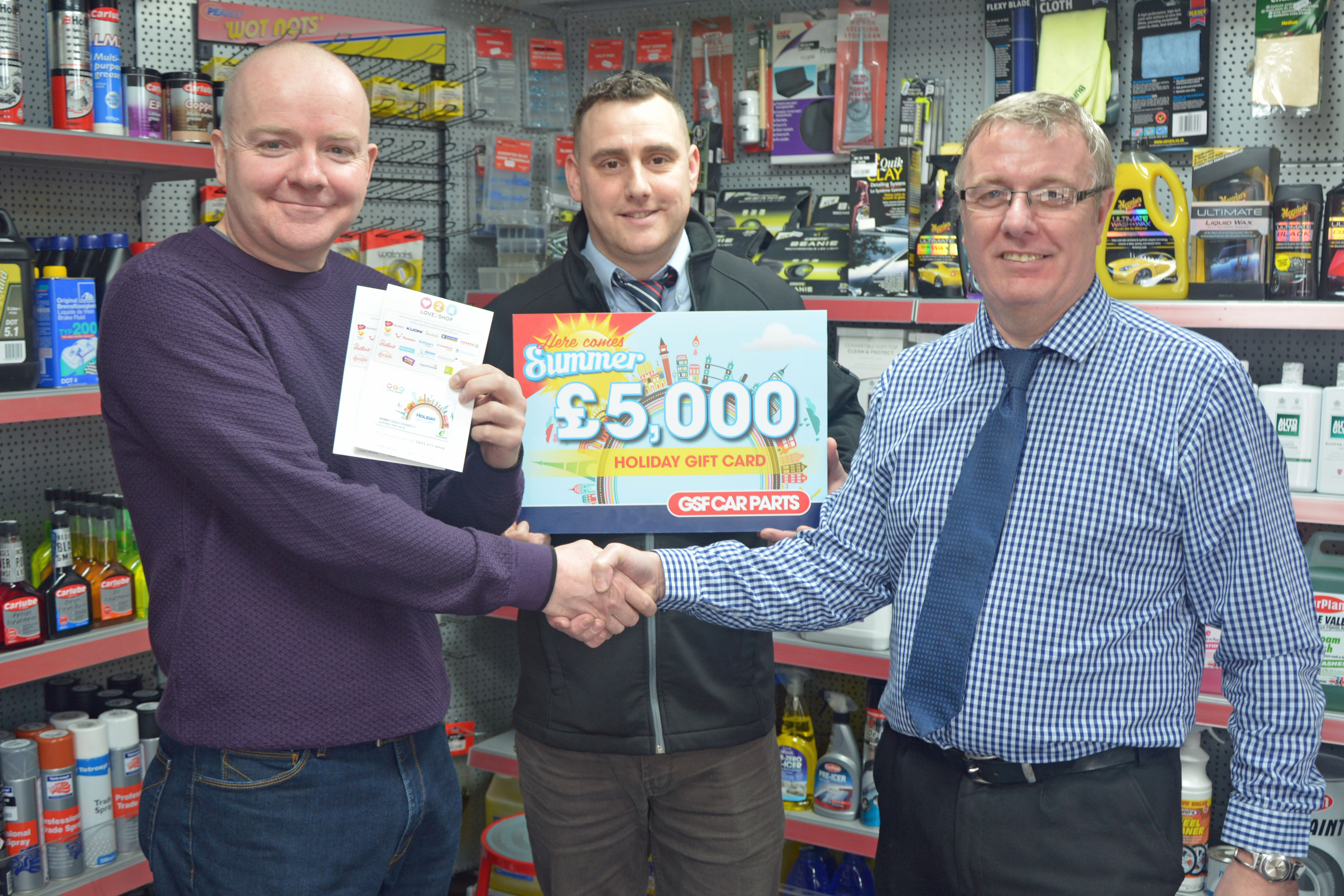 GSF Car Parts has confirmed the January holiday winners from their ‘Here Comes Summer’ garage promotion. At the end of each month in the first quarter of 2017 a winner will be drawn from all those trade customers who have registered for the promotion and then met an agreed monthly spend target. January’s winner was VW, Audi and Skoda specialist Aire Valley Workshop in Skipton, a long-standing customer of GSF’s bustling Bradford branch.

Director David Jackson, who will be sharing the £5,000 holiday voucher prize with fellow director John Hall, visited the branch on Monday 27 February to celebrate his win. “We’ve got no idea where we will go yet but it’s made the family happy!” he said.

On the topic of the benefits of working with GSF though, things were altogether clearer. “We’ve used GSF for 16 years since we started our business,” said Jackson. “We don’t want to do jobs twice and with GSF we get the right part, at the right quality for the right price.”

He highlighted the close working relationship between his garage and a stable staff team at the branch, a theme reinforced by branch manager Anthony Morrison: “I’ve been here 10 years and this has been one of our most successful promotions,” said Morrison. “It’s nice to give something back to longstanding customers like John and David.”

Whilst there’s a thriving shop and sales counter too, the Bradford branch’s sales are primarily trade, managed by five sales advisors and seven delivery drivers.

“It’s great to have had a local winner,” said Derek Tomlinson, GSF’s regional sales director. “Business in the north has been going from strength to strength over the last 18 months.”

Whilst there can only be one main winner each month, all participating garages also win Love2Shop vouchers worth up to £500 per month and £1,500 in total for the promotion period simply by reaching their top-tier monthly spend target.